Russia's annual Victory Day parade on May 9 may be postponed due to the coronavirus, but that's not stopping the country from commemorating the holiday.

Instead of the traditional ground parade — typically a massive display of military power that traverses Moscow's Red Square — Russia's Air Force will stage an air show over the capital on May 9.

In Monday's rehearsal for the big event, 75 fighter jets, bombers and helicopters flew in formation over Moscow.

Here's a look at the rehearsal flight in action: 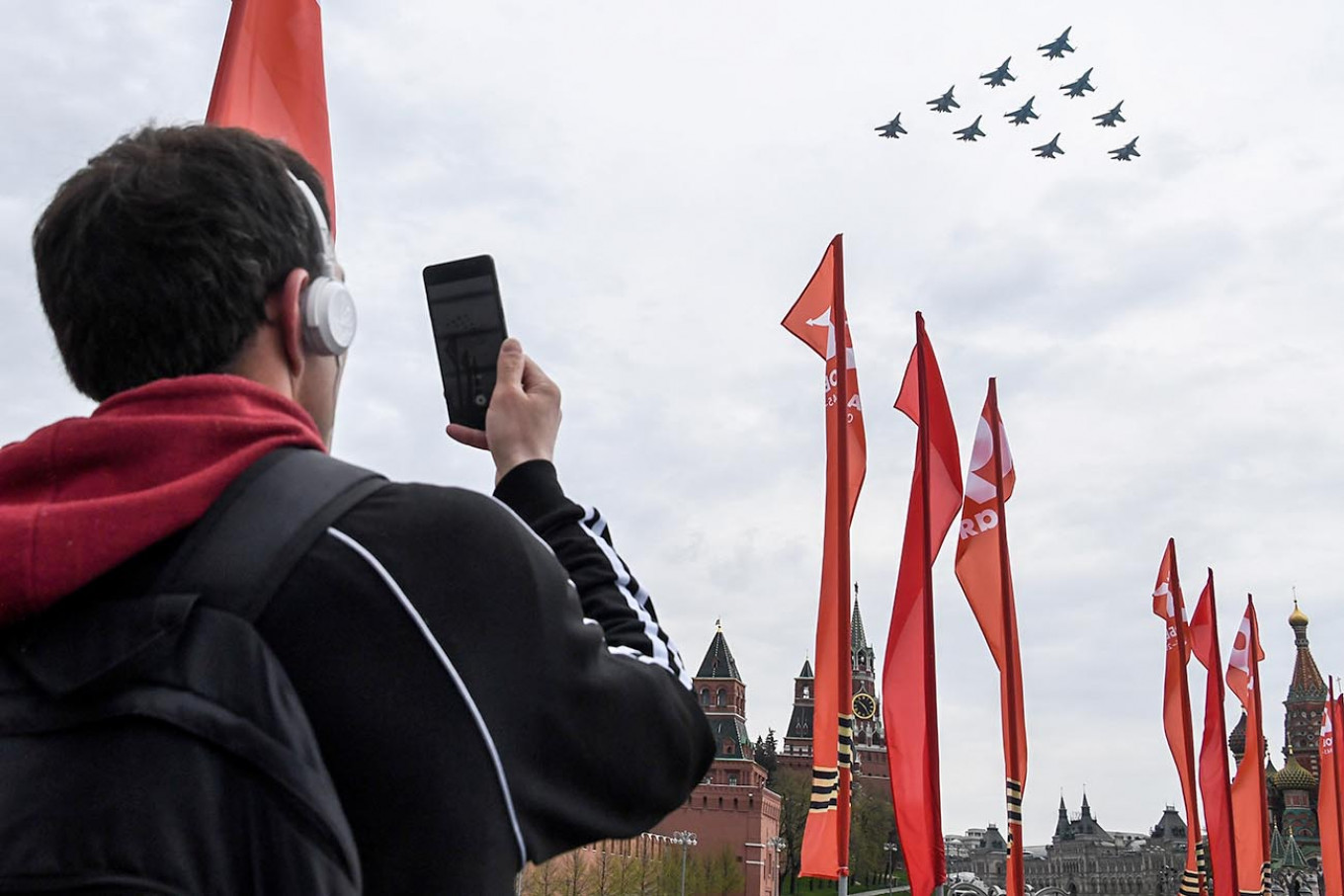 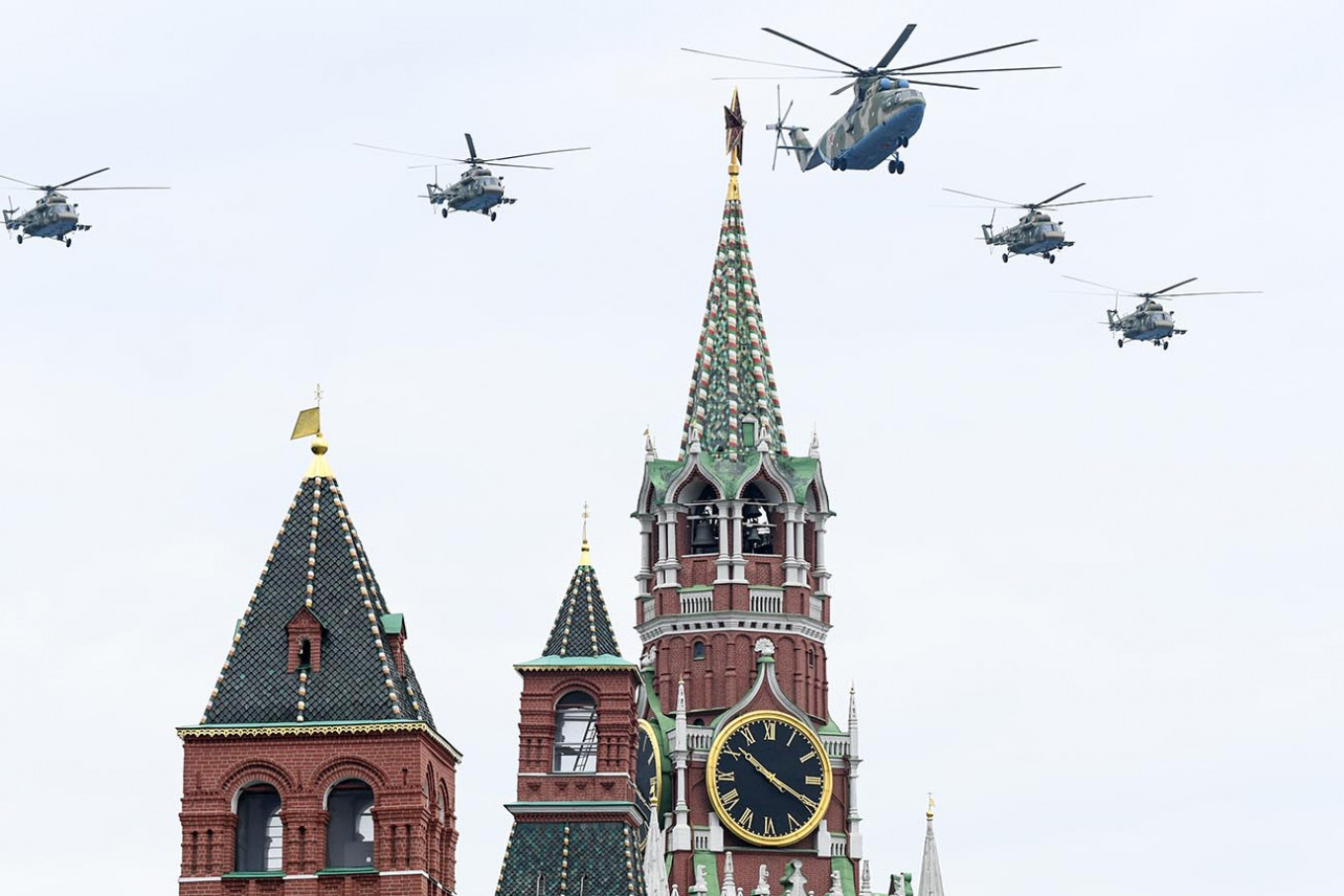 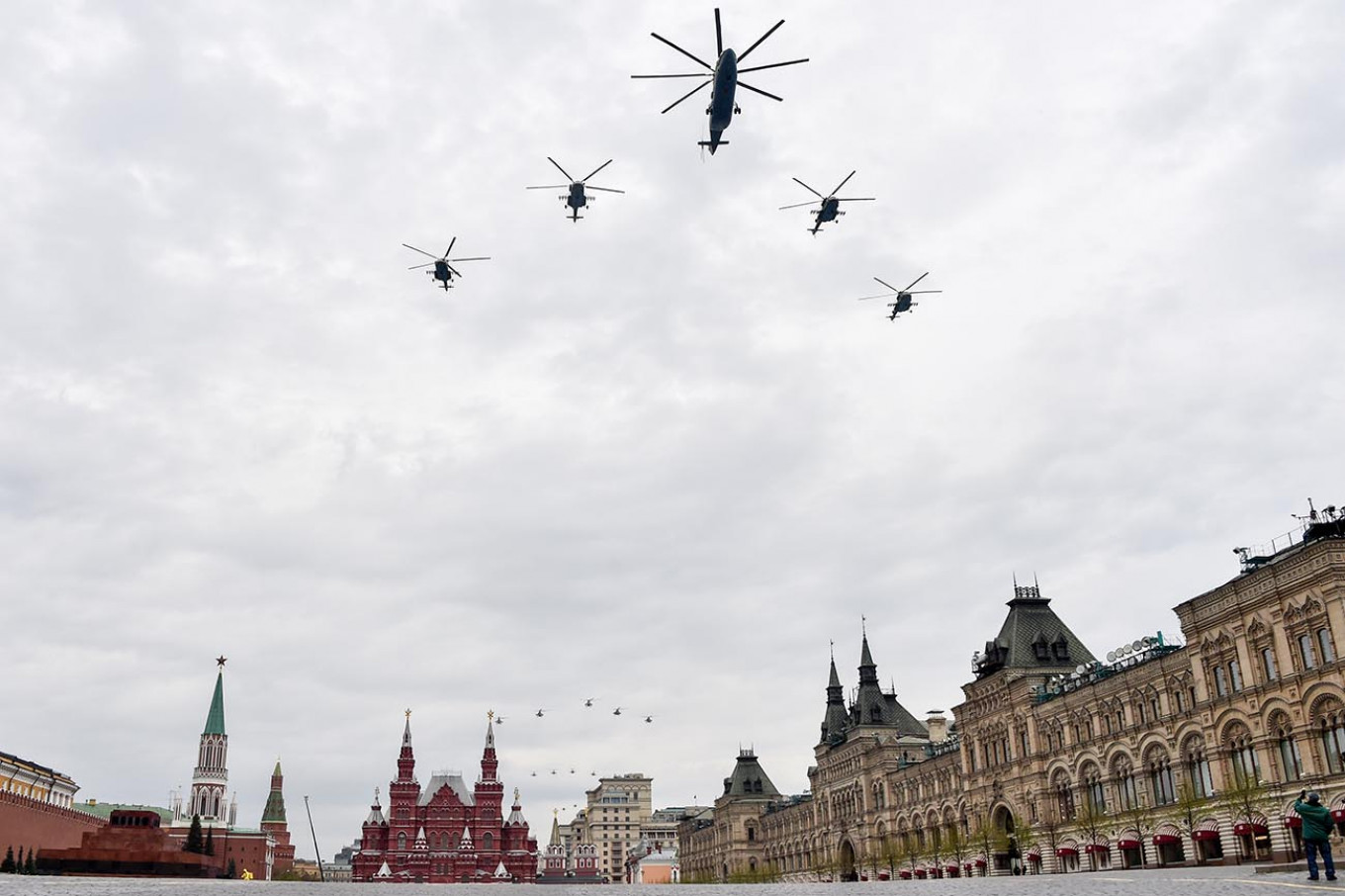 Muscovites who live in the city center posted videos to social media of the rehearsal display from their windows. Some were more excited by the sight than others.
Vasily Maximov / AFP 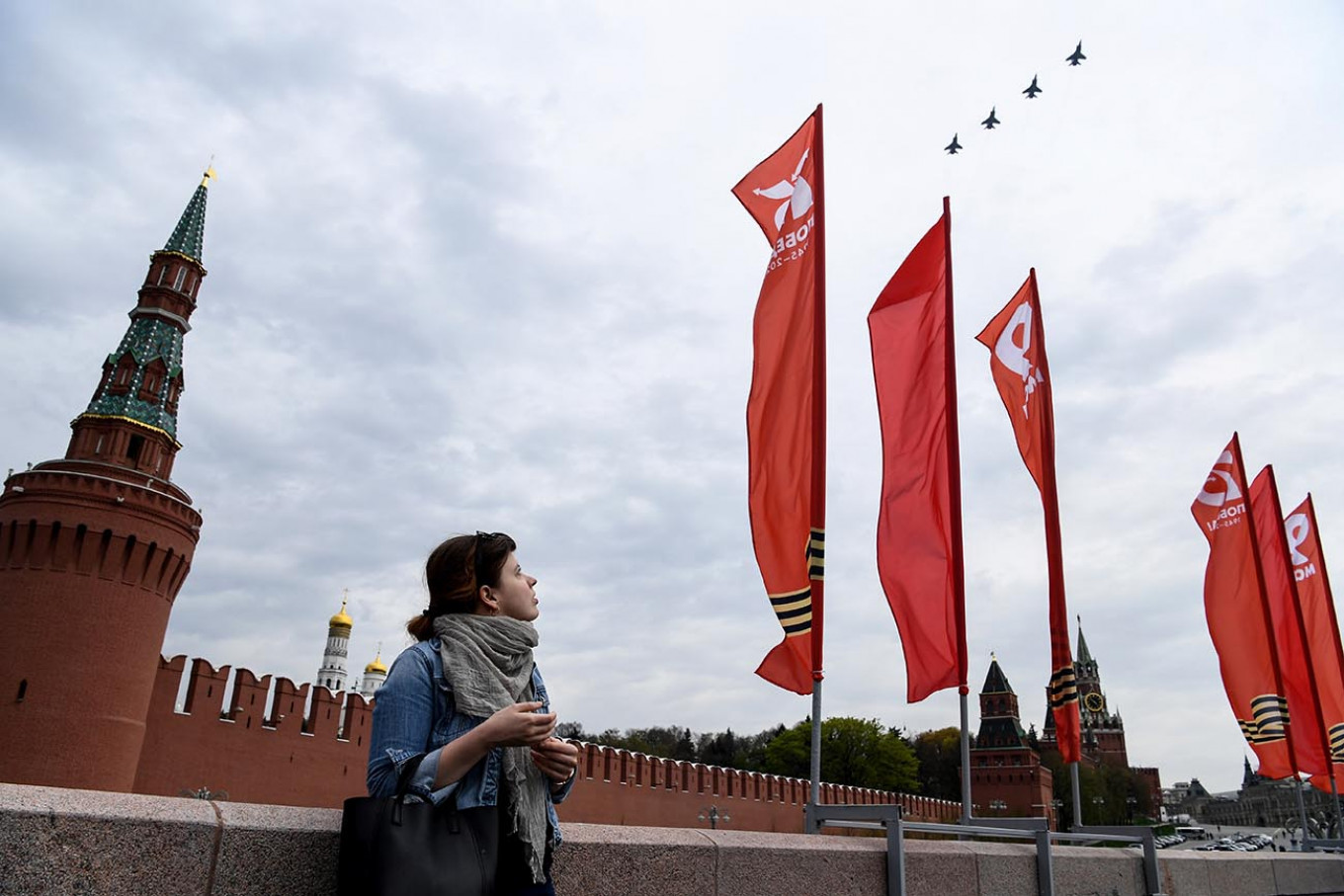 In addition to the air show over Red Square, Russians in Moscow and other major cities will be treated to fireworks displays.
Kirill Kudryavtsev / AFP 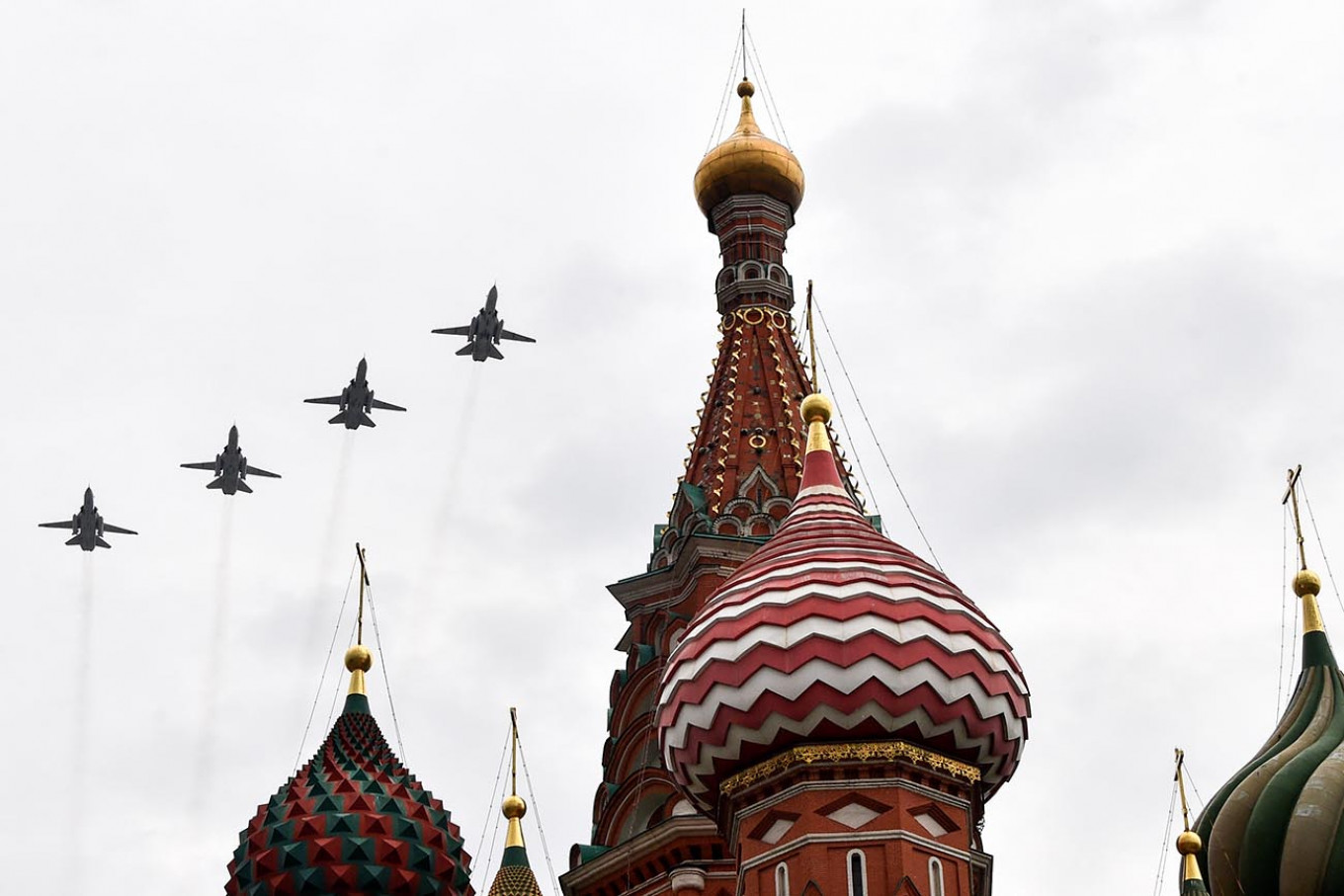 Another Victory Day tradition, the Immortal Regiment, will take place in an online video broadcast this year due to the coronavirus. The tradition sees millions of Russians both at home and abroad parade with portraits of relatives who fought in World War II.
Vasily Maximov / AFP 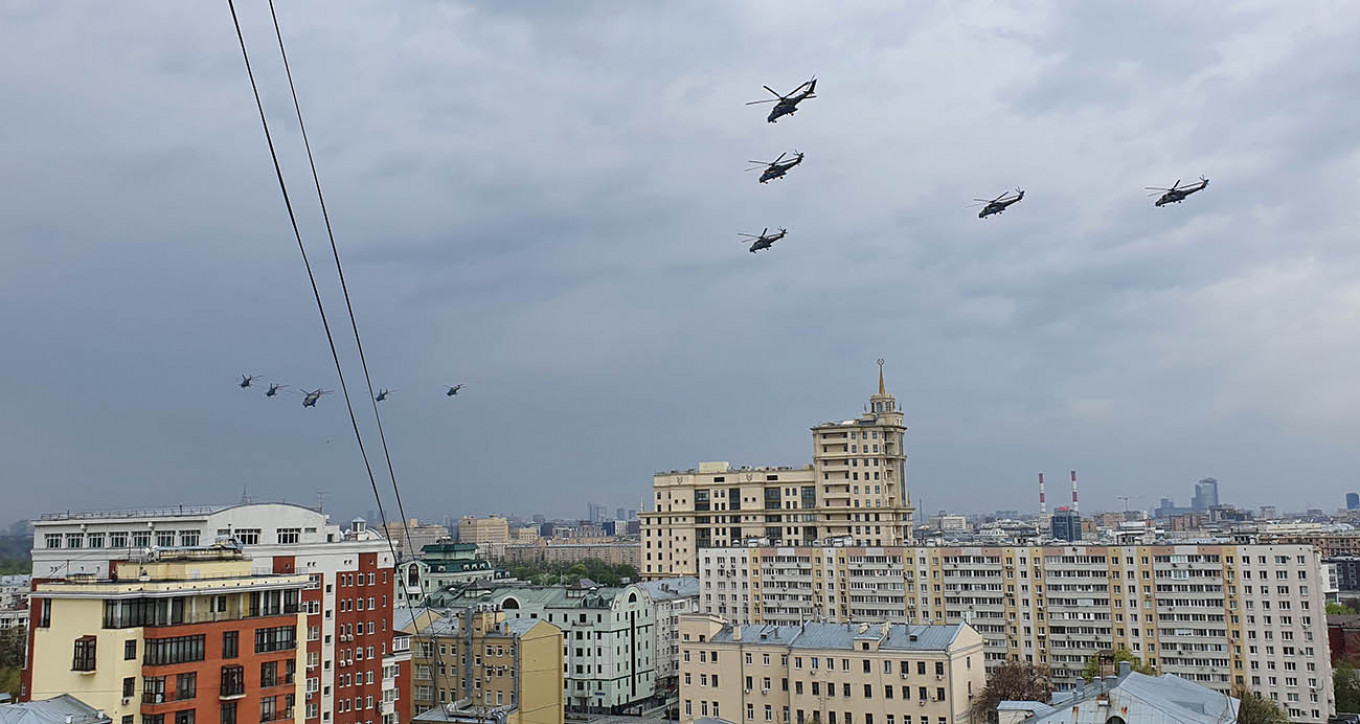 With Russia's lockdown measures in place until at least May 12, it's unclear when the country will hold its usual Victory Day celebrations.
Ivana Jurisa / AFP
Read more about: Victory Day