Since the 15th century, the Kremlin’s Dormition Cathedral has been the main church of the land, where first grand princes were crowned, then tsars, and finally emperors and empresses. It was also the church where Metropolitans and Patriarchs were enthroned, and where they were interred.

The church was built 1475-1479 under Grand Prince Ivan III with the engineering brilliance of the Italian architect Aristotele Fioravanti.

A six-stage restoration project, financed in collaboration with Transneft, will restore the damage of the centuries. It will be completed in 2023. 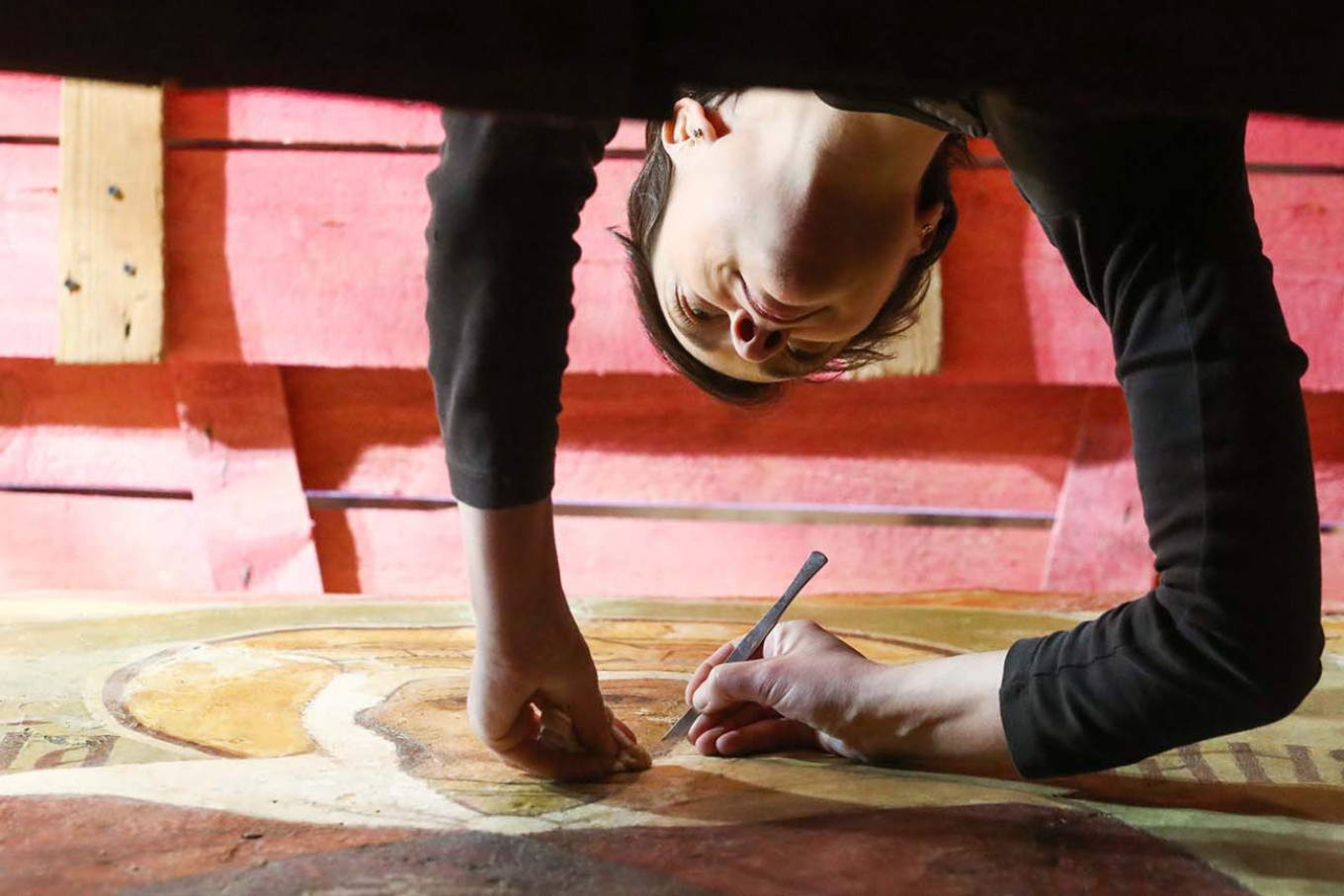 A study conducted in 2008 revealed the cathedral's structural problems. The roof, attic space and upper levels of the structure have been repaired.
Sergei Karpukhin / TASS 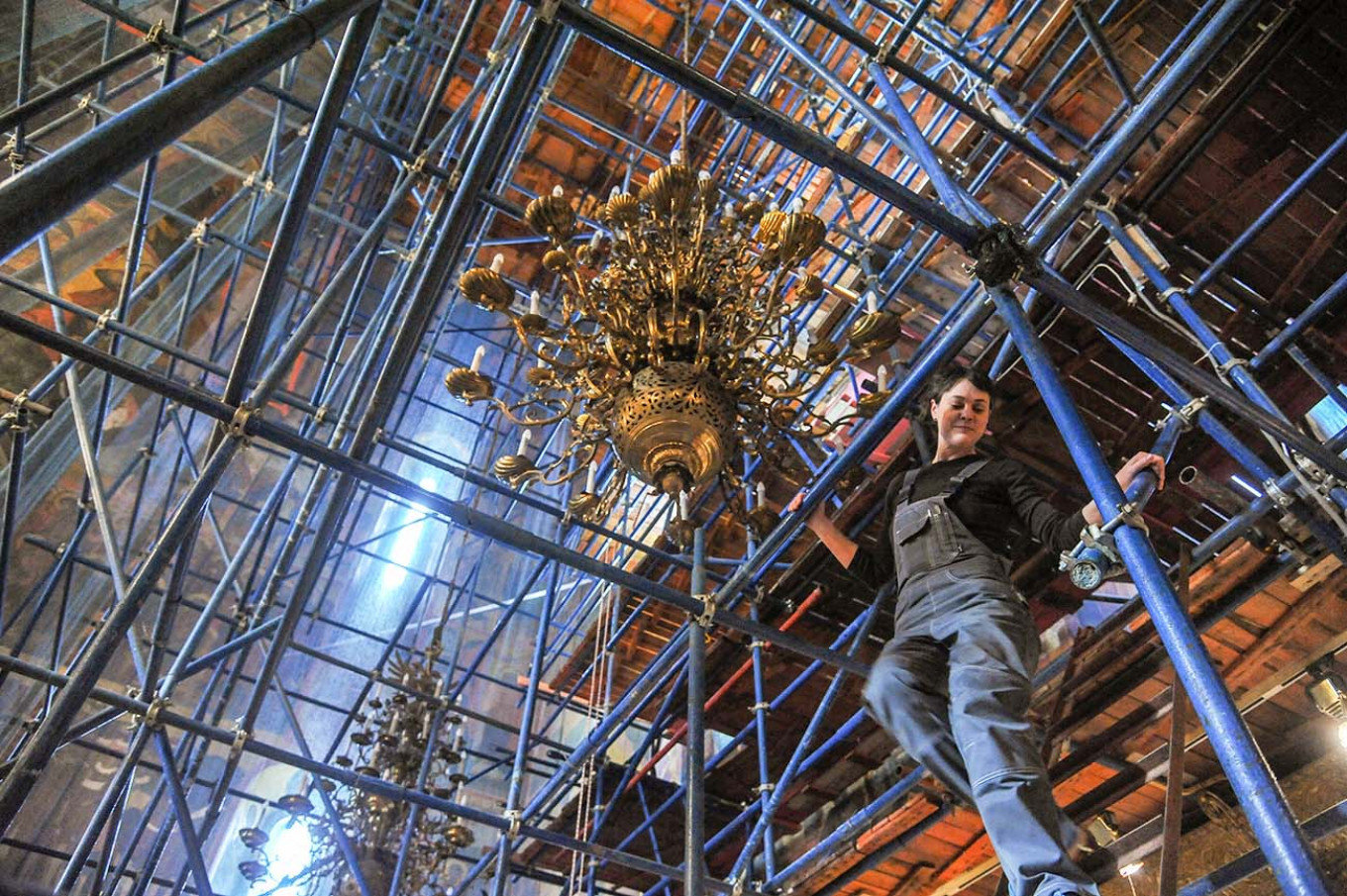 40 restorers are working to repair the walls and frescoes, which depict stories from the Bible and lives of the saints. There are almost 250 stories with more than 2000 figures to be restored.
Alexander Avilov / Moskva News Agency 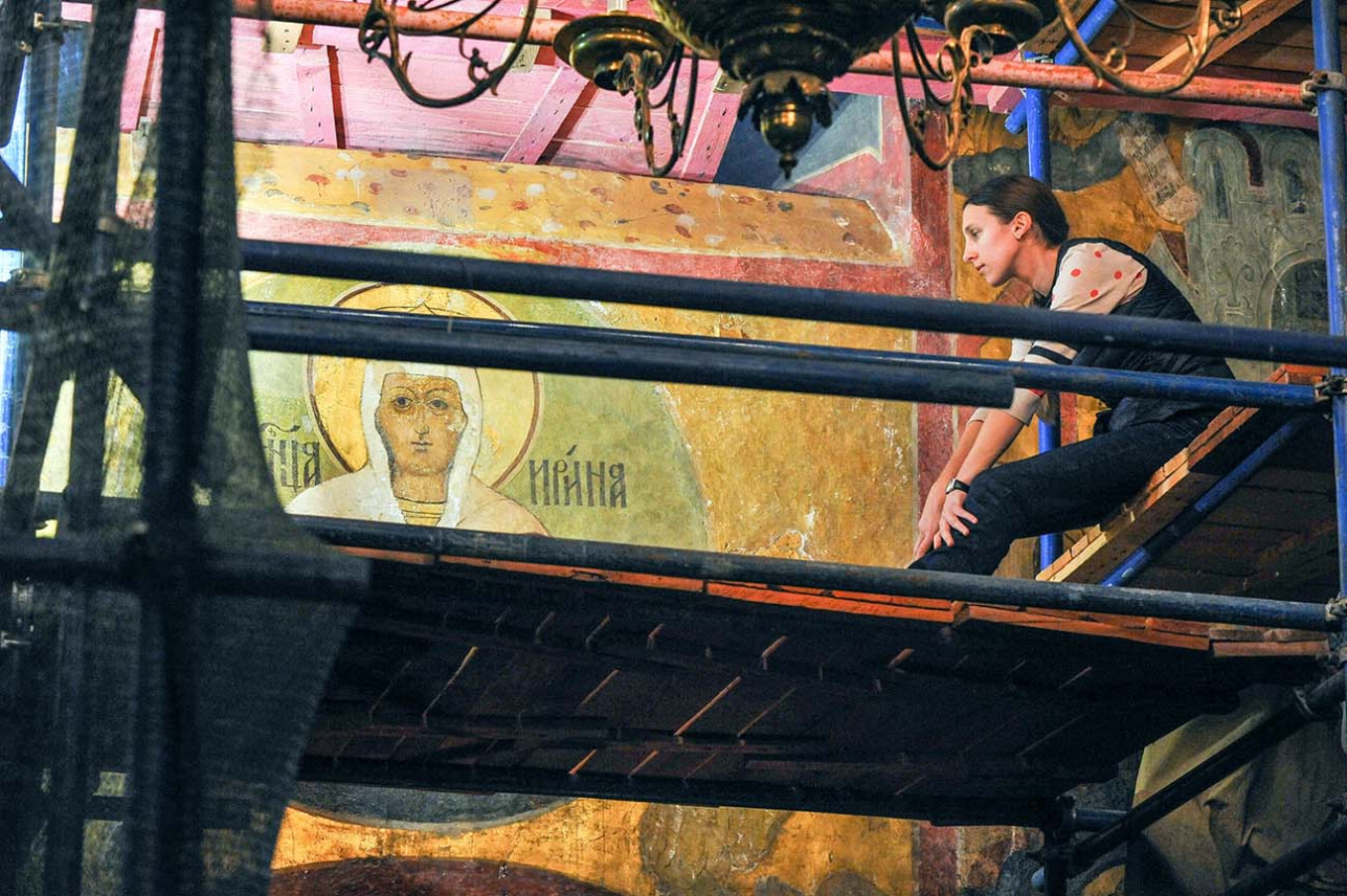 It is believed that the icon of the Vladimir Mother of God, one of the most venerated icons in Russia, was originally kept in this cathedral. It is now in the Tretyakov Gallery.
Alexander Avilov / Moskva News Agency 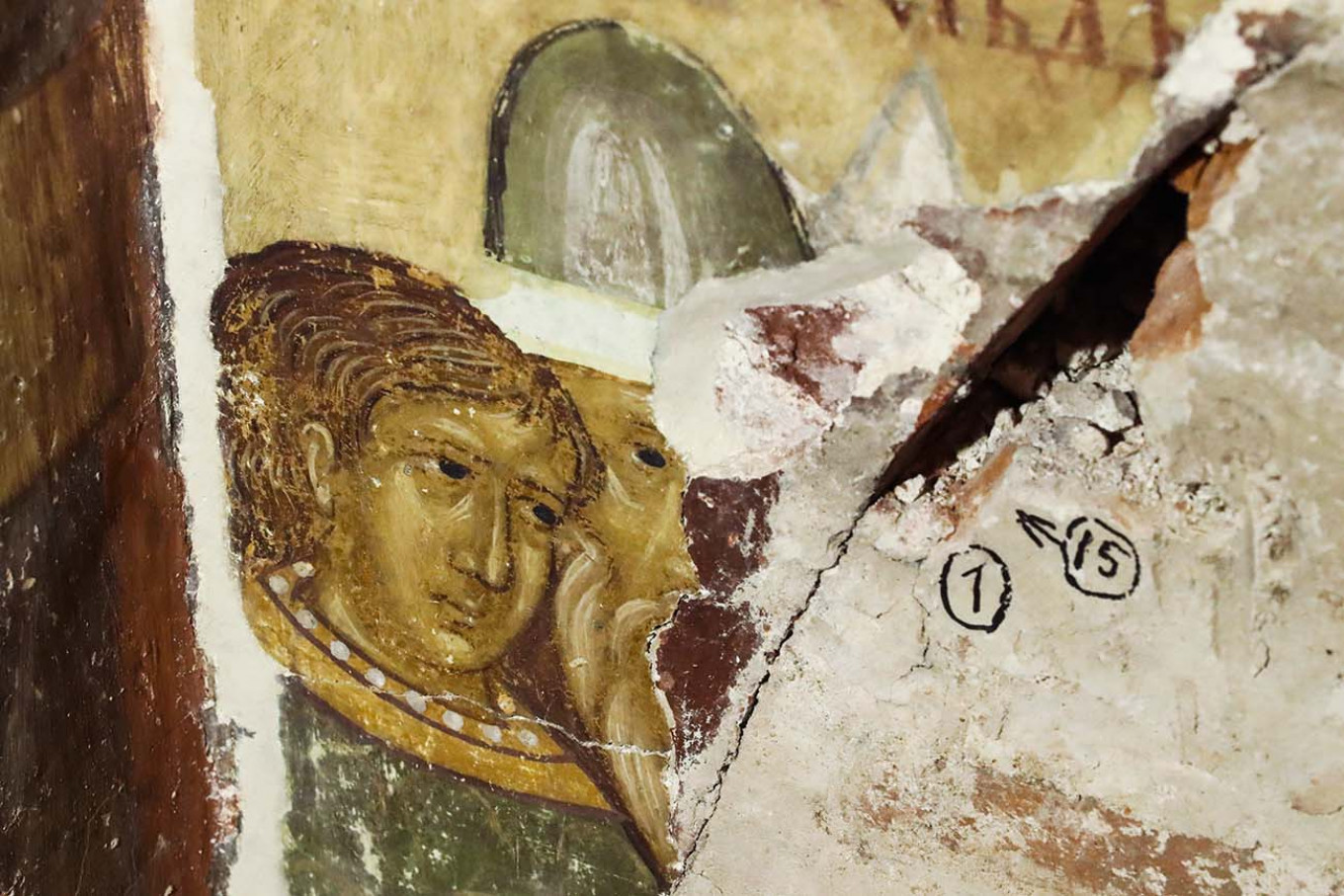 Close proximity of ground water, dozens of fires, near destruction by Napoleon’s army — when it was used as a horse stable — and the simple passage of time have threatened the integrity of the building.
Sergei Karpukhin / TASS 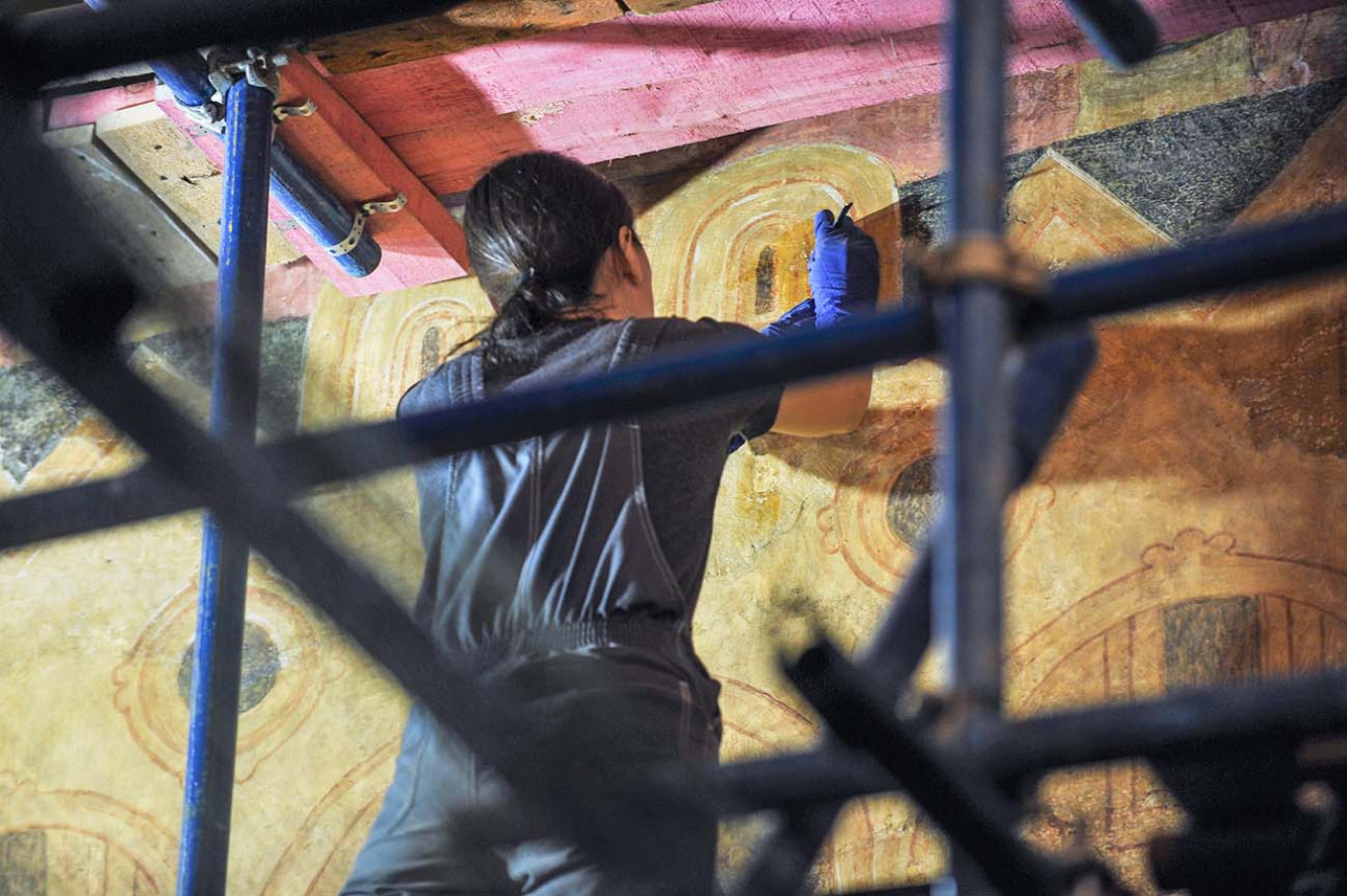 The original frescoes were lost in a fire in 1626. The cathedral was repainted in 1642, but suffered damage, repairs and restoration many times over the last 400 years.
Alexander Avilov / Moskva News Agency 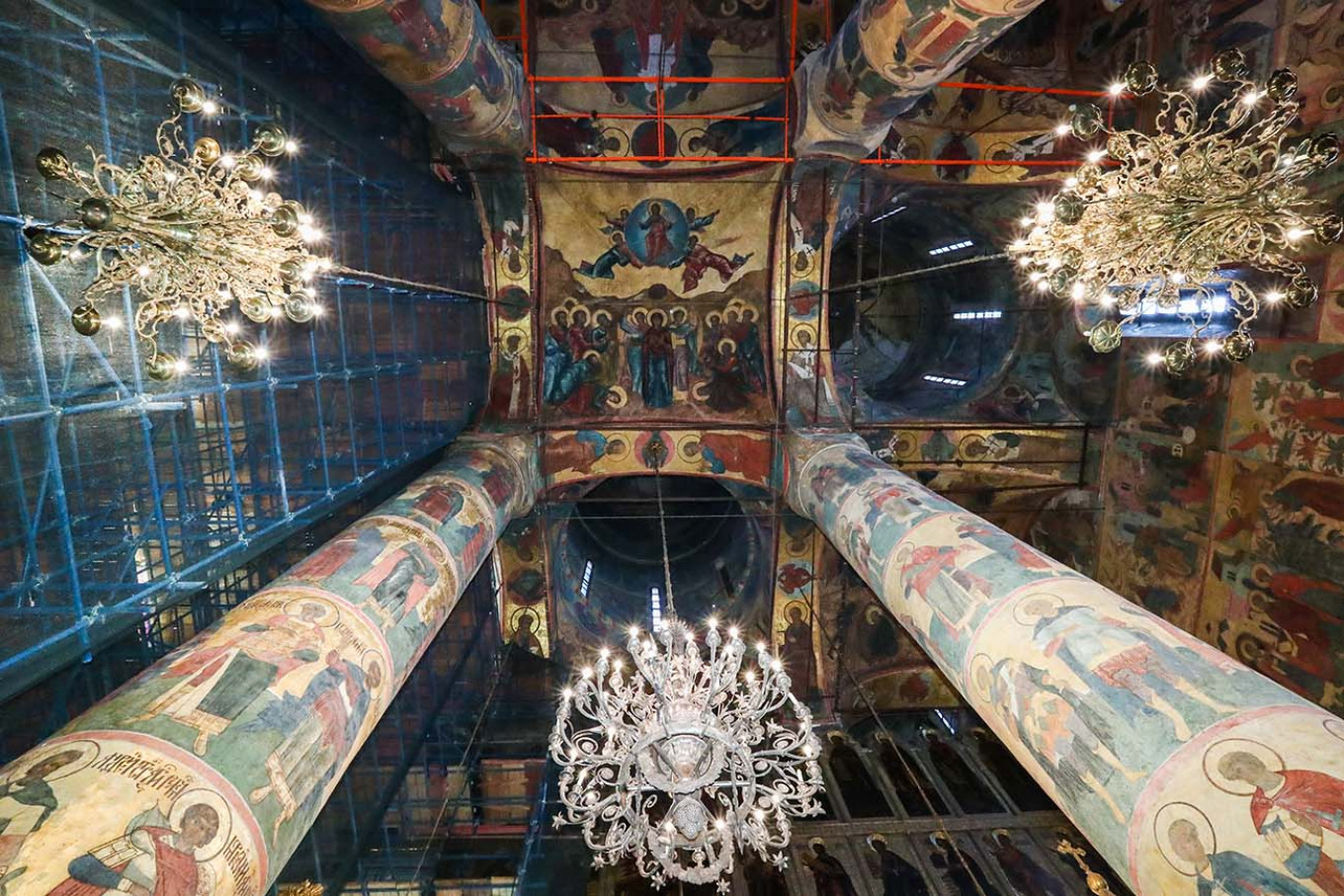 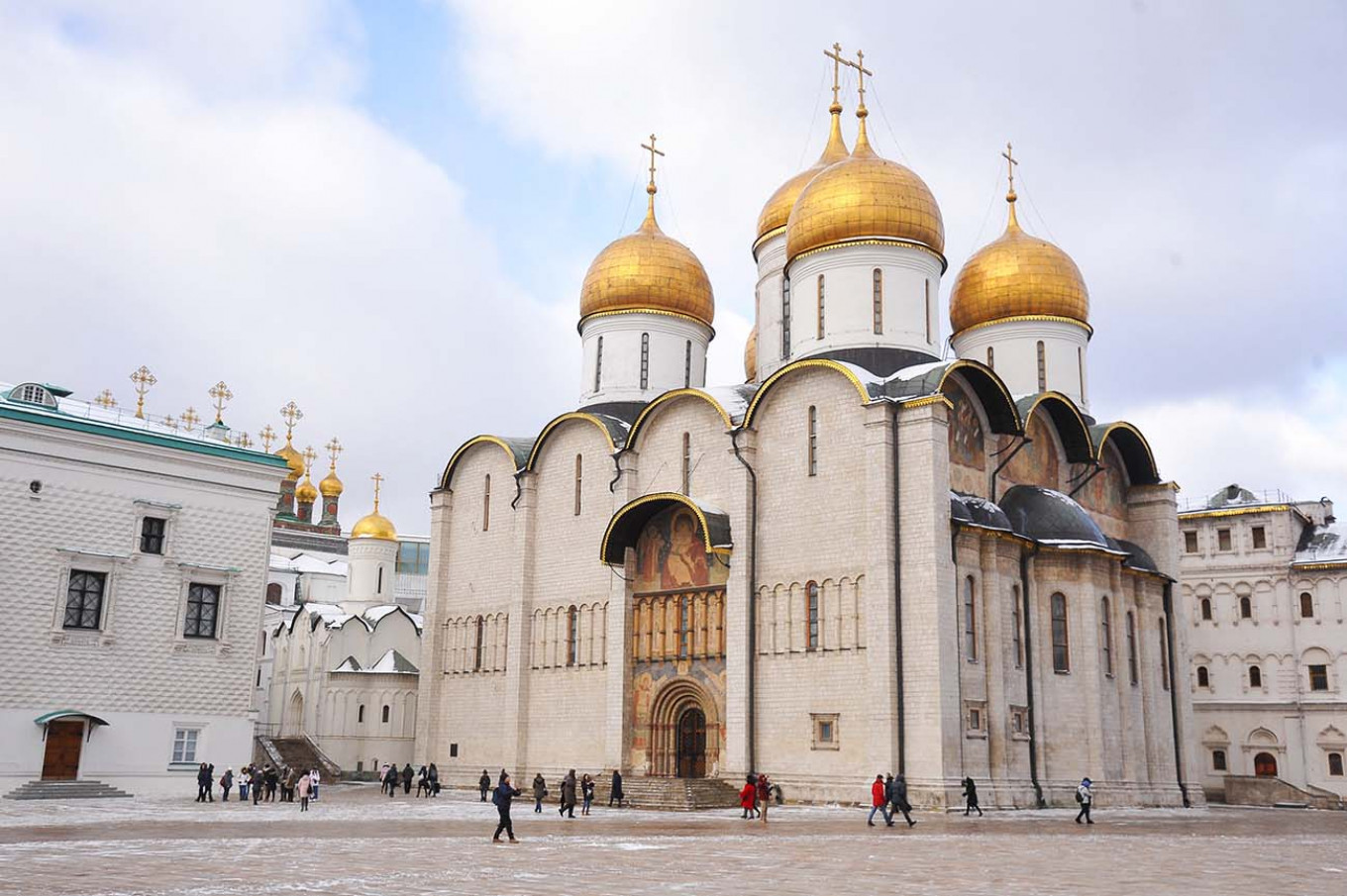 During the restoration work, the cathedral will not be closed to tourists and will continue to hold religious services.
Alexander Avilov / Moskva News Agency