Contribute Today
May 01, 2019 - 06:59 pm
On Wednesday, Russians holding bright posters with absurd slogans paraded city streets across the country for one of the best-known and oddest modern Russian demonstrations: the Monstration.

The first Monstration was held far from the Russian capital city in Novosibirsk in the mid-2000s, and has since spread to Moscow itself.

A Monstration is similar to a demonstration in nature, but its participants take to the streets with signs that make no political or even logical sense. The goal of a Monstration is to shake up the political procession as we know it — and most of all, to have fun.

Here's a look at some of the best signs from this year's Monstration events in Moscow and Novosibirsk: 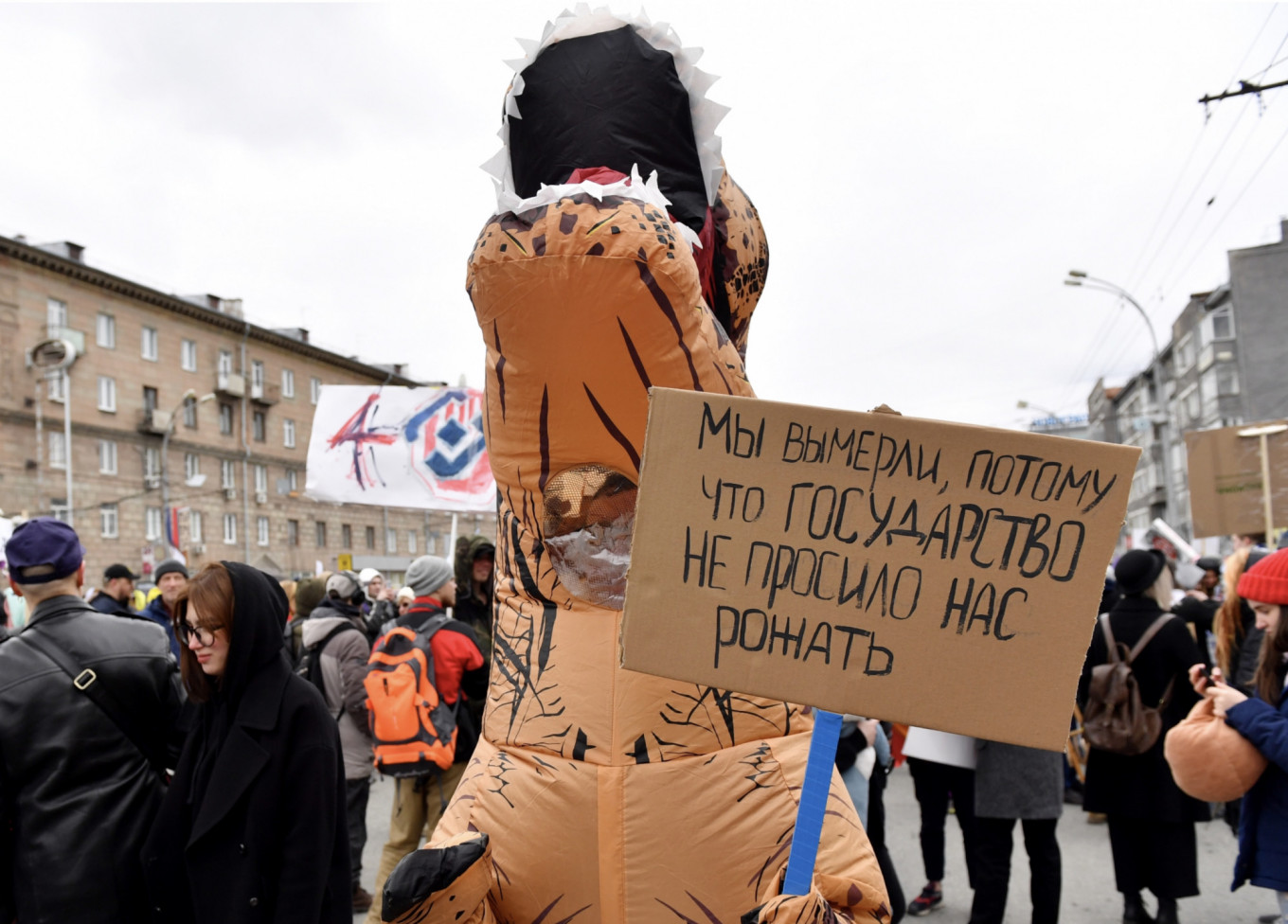 "We died out because the state didn’t ask us to give birth," this dinosaur says.
Kirill Kukhmar / TASS 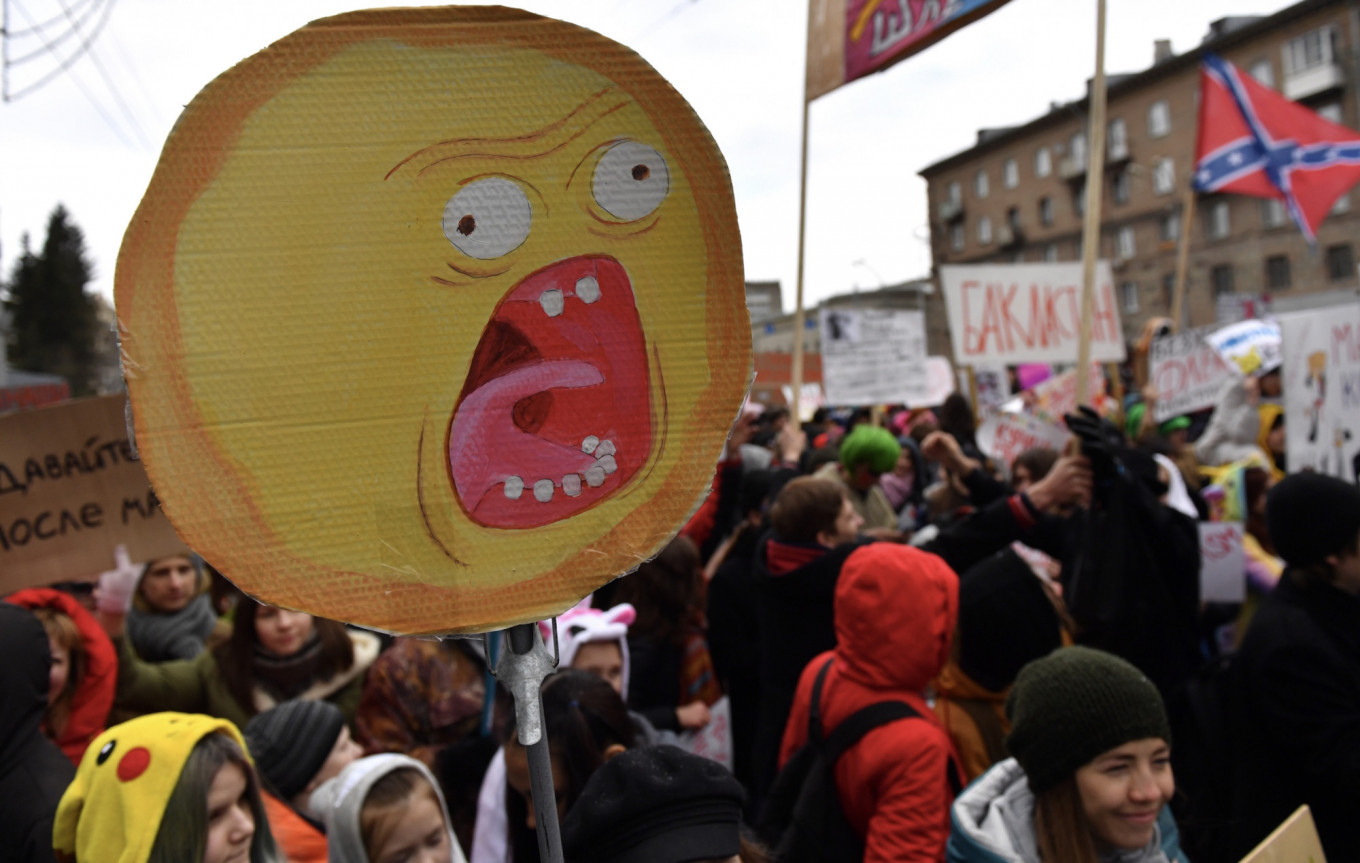 The shrieking sun from Rick & Morty shines down upon the parade.
Kirill Kukhmar / TASS 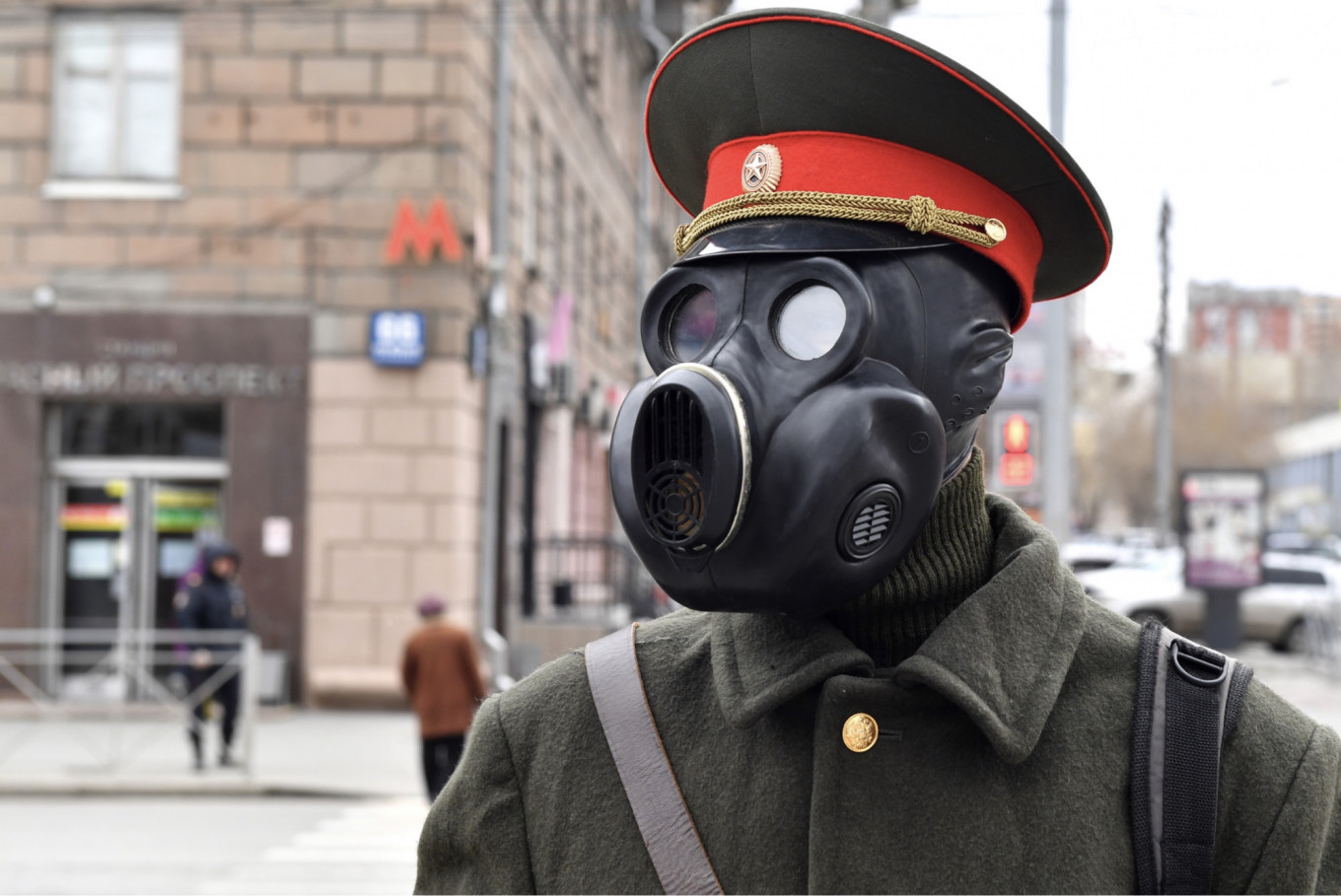 Where else can you wear a gas mask in public?
Kirill Kukhmar / TASS 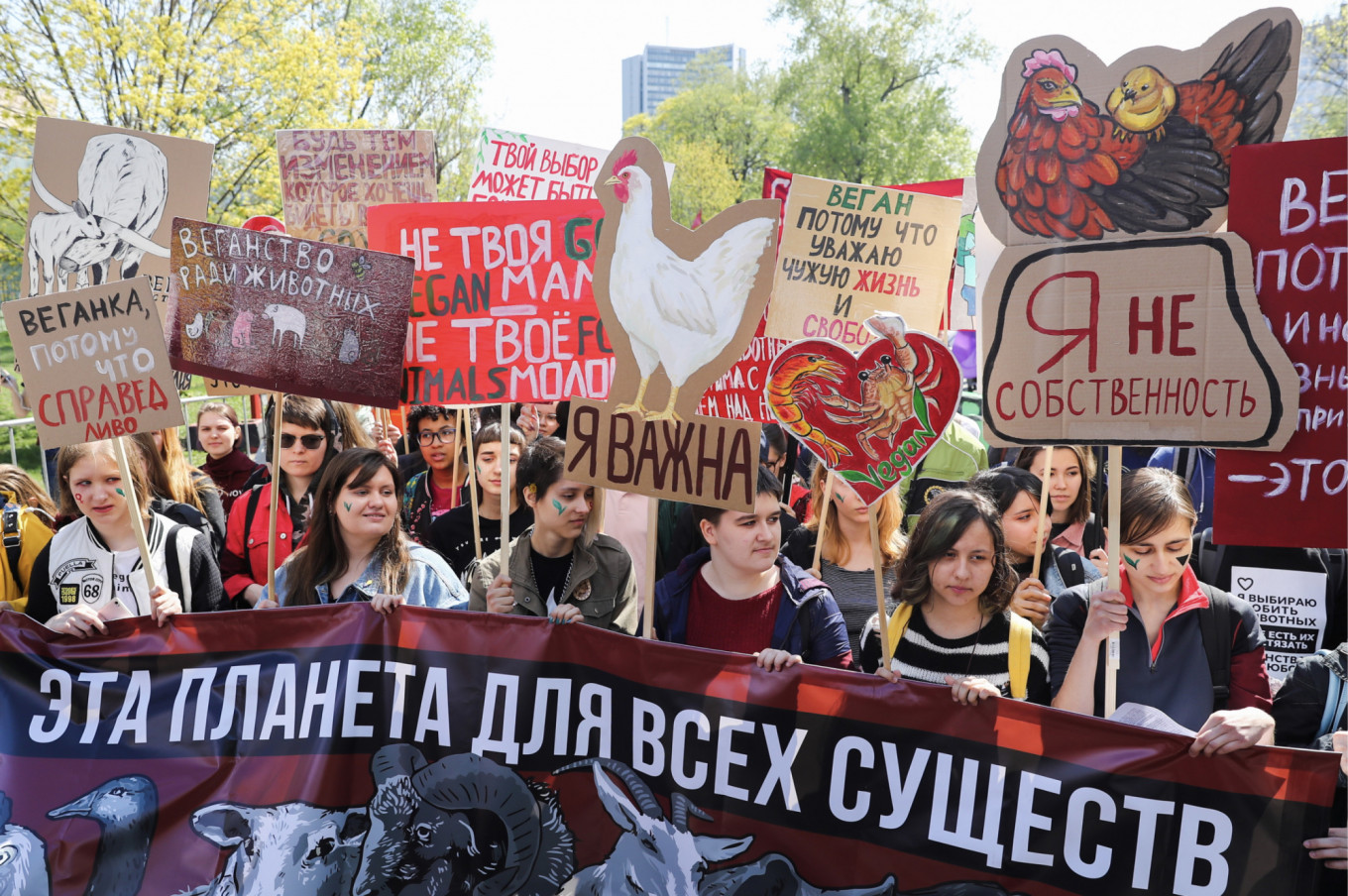 Marchers hold up signs saying "This planet is for all creatures" and "Vegan because I respect someone else's life."
Anton Novoderzhkin / TASS 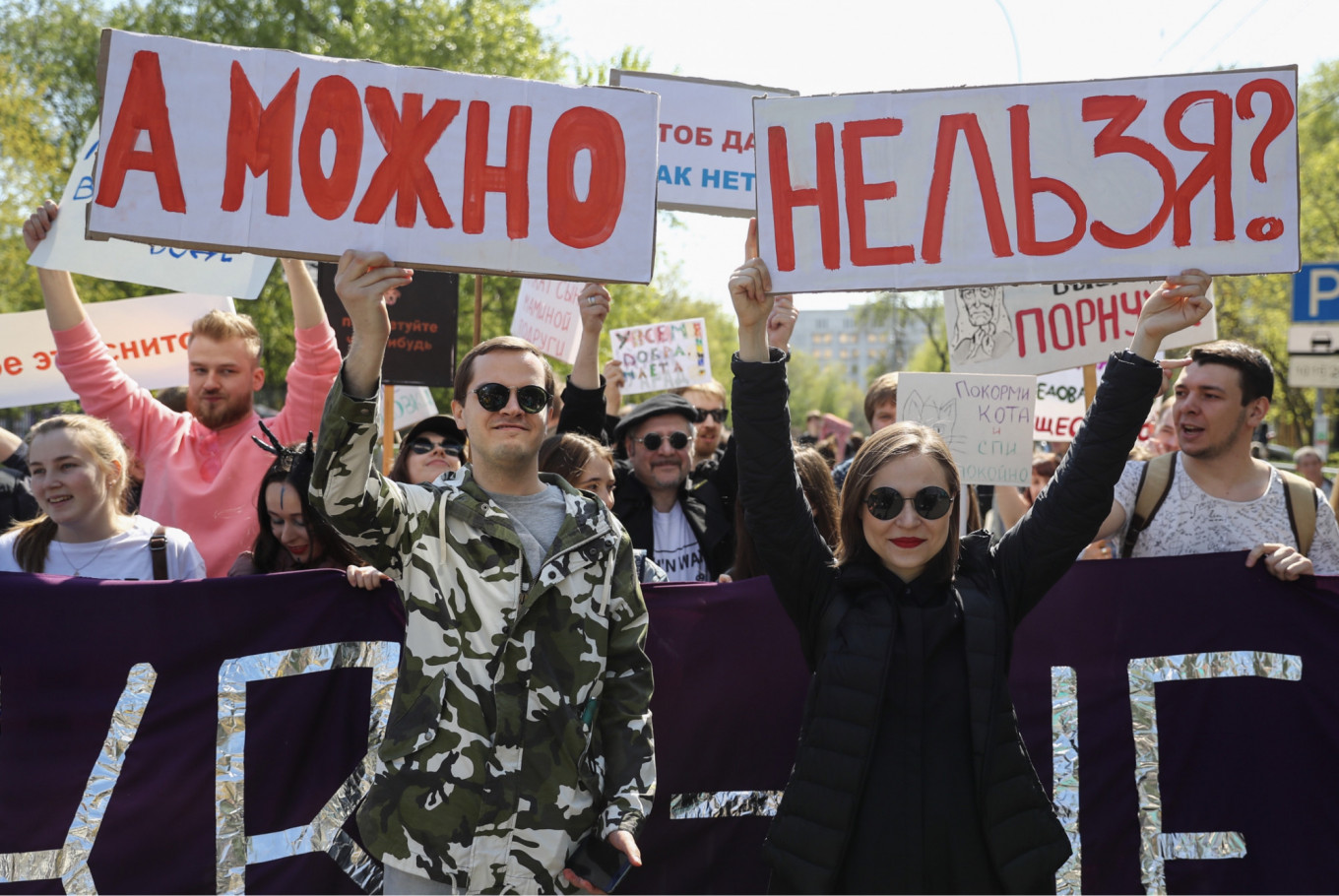 Behind the woman's head, a sign says "Feed your cat and sleep well."
Anton Novoderzhkin / TASS 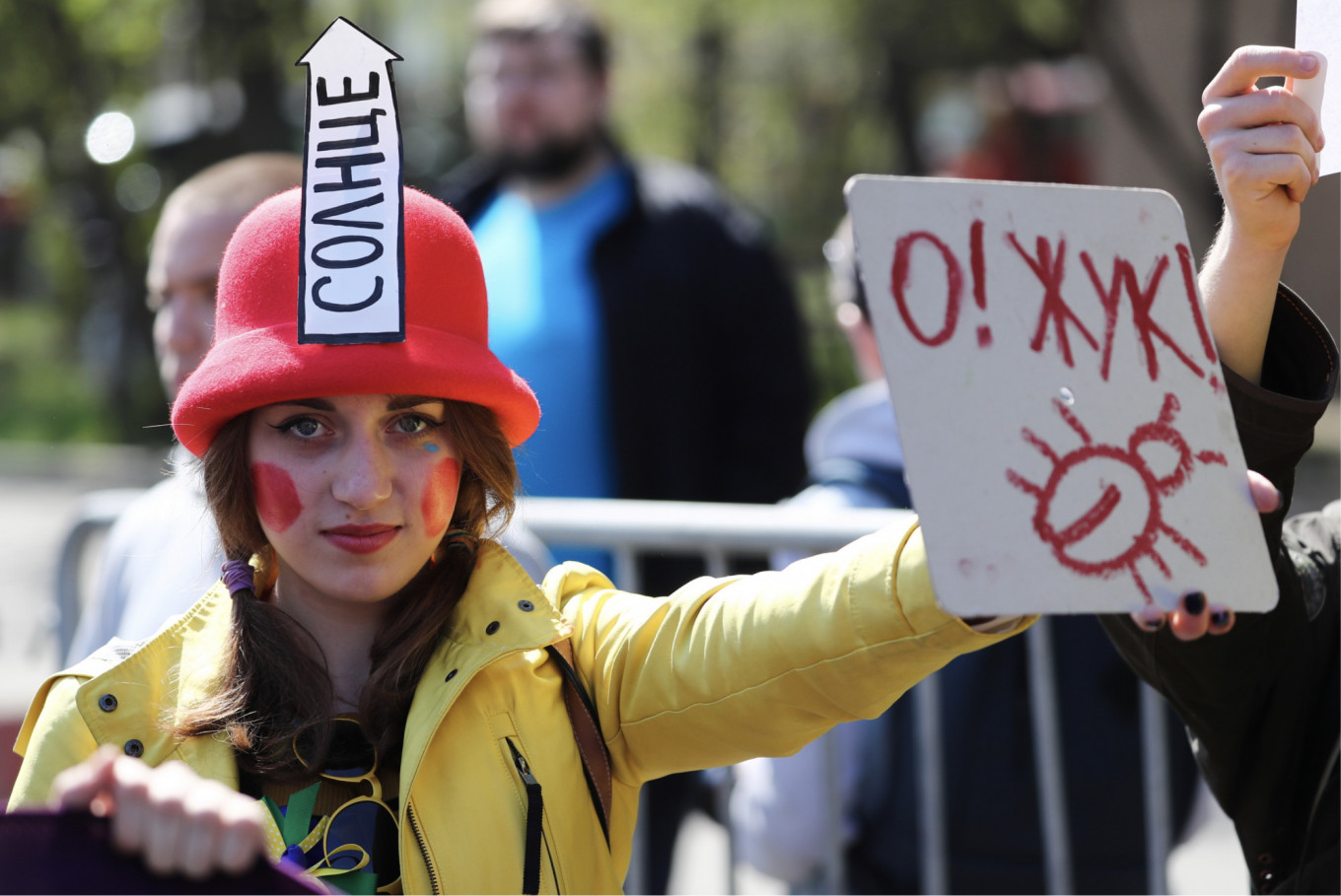 "This is the sun," and "This is a beetle."
Anton Novoderzhkin / TASS