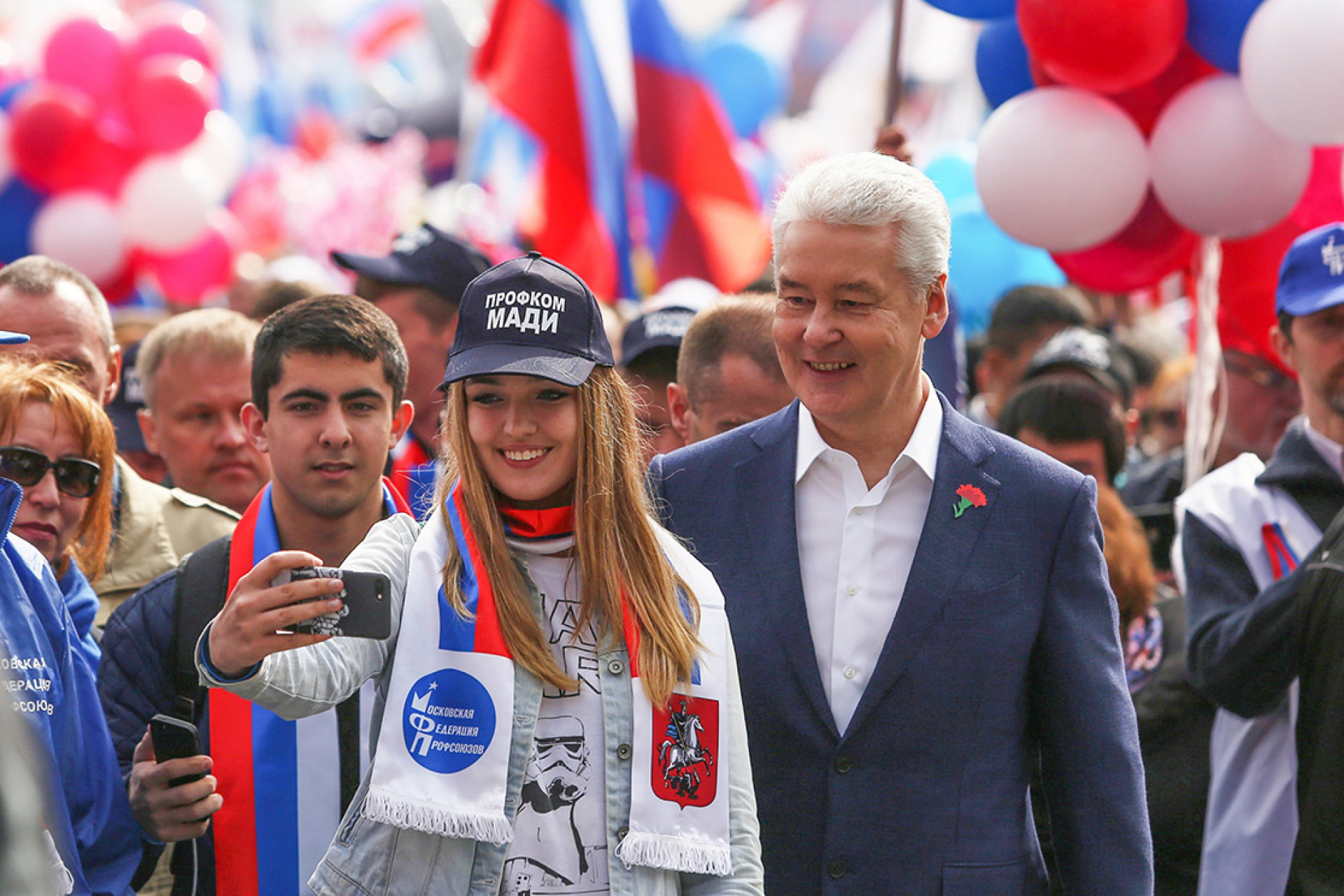 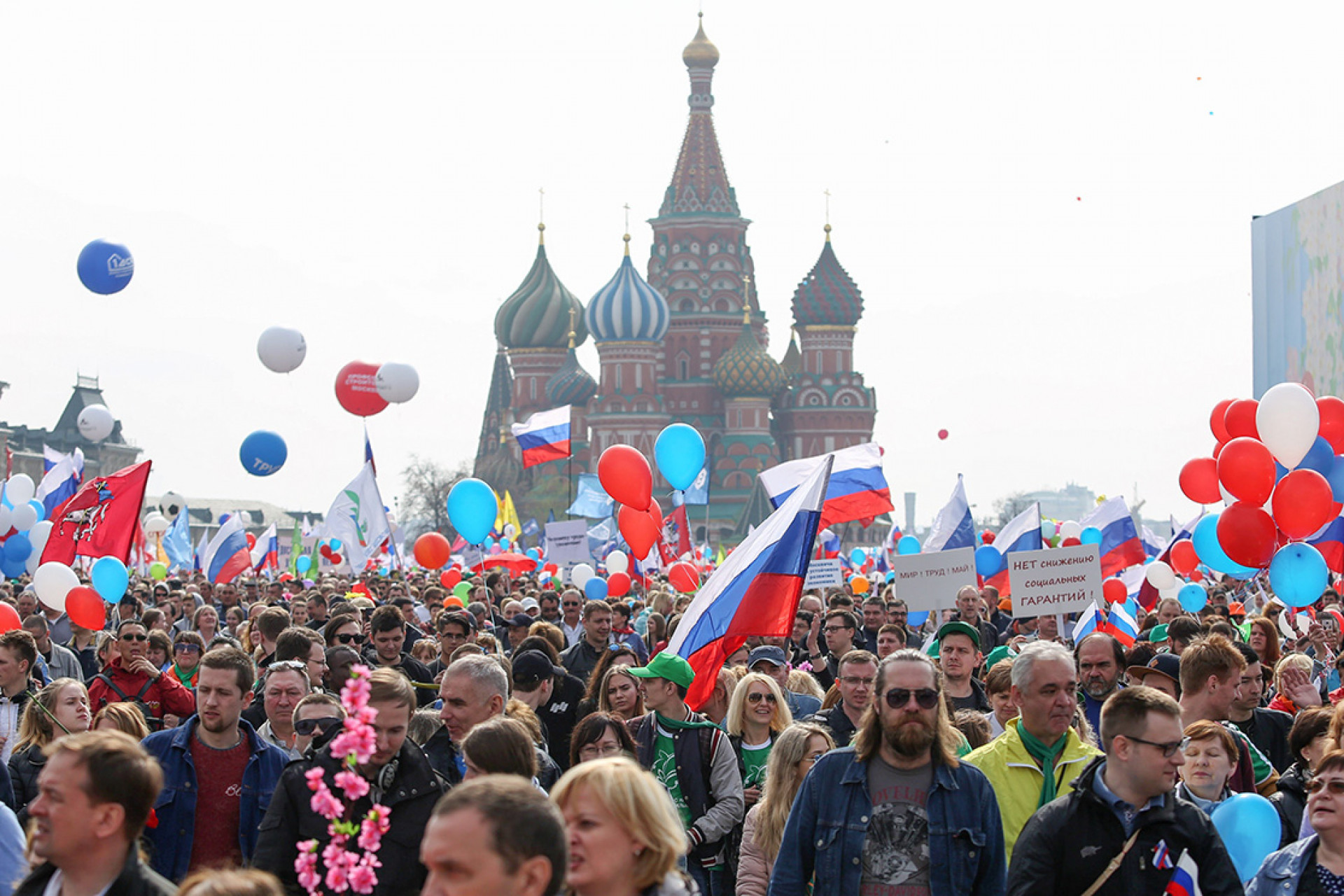 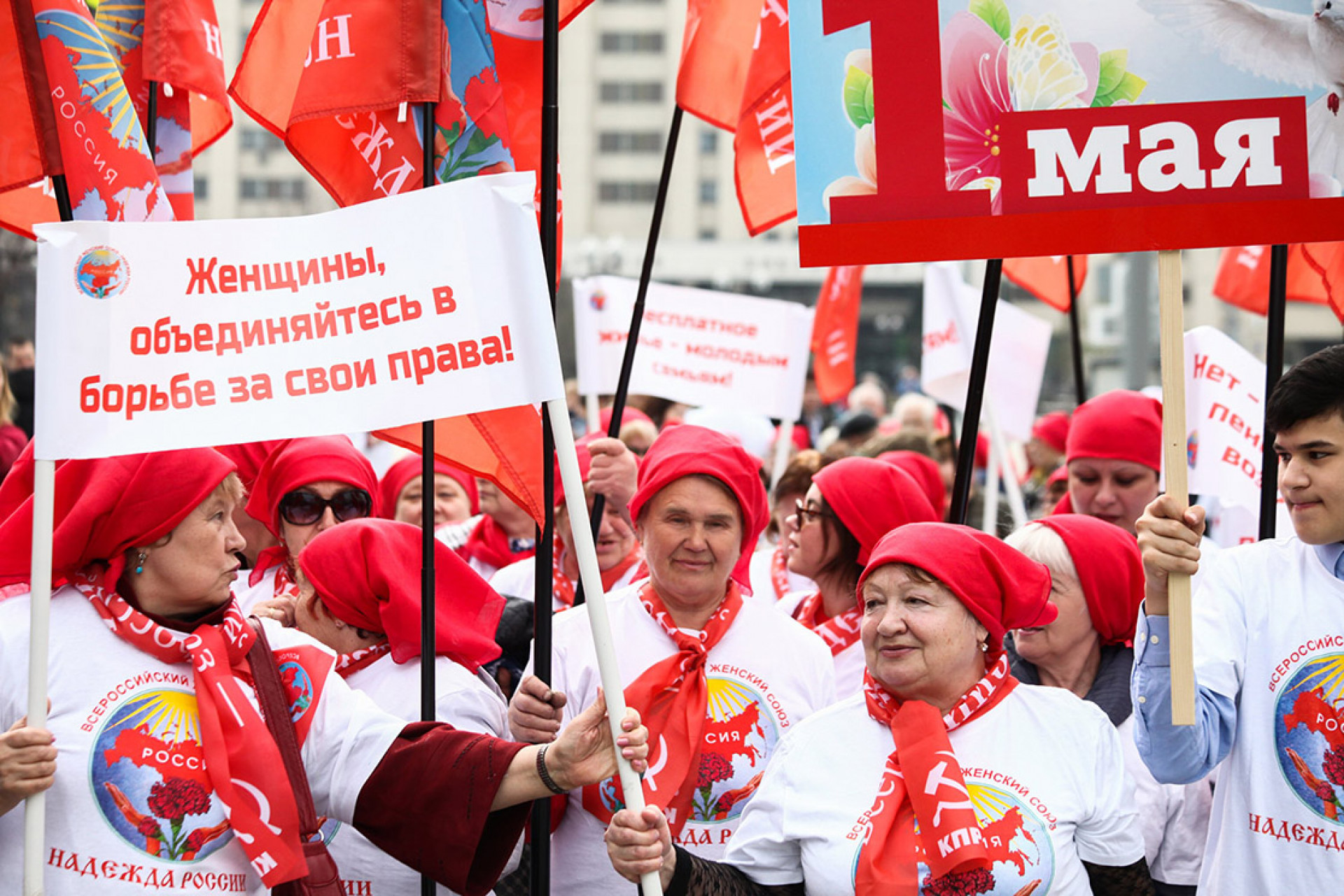 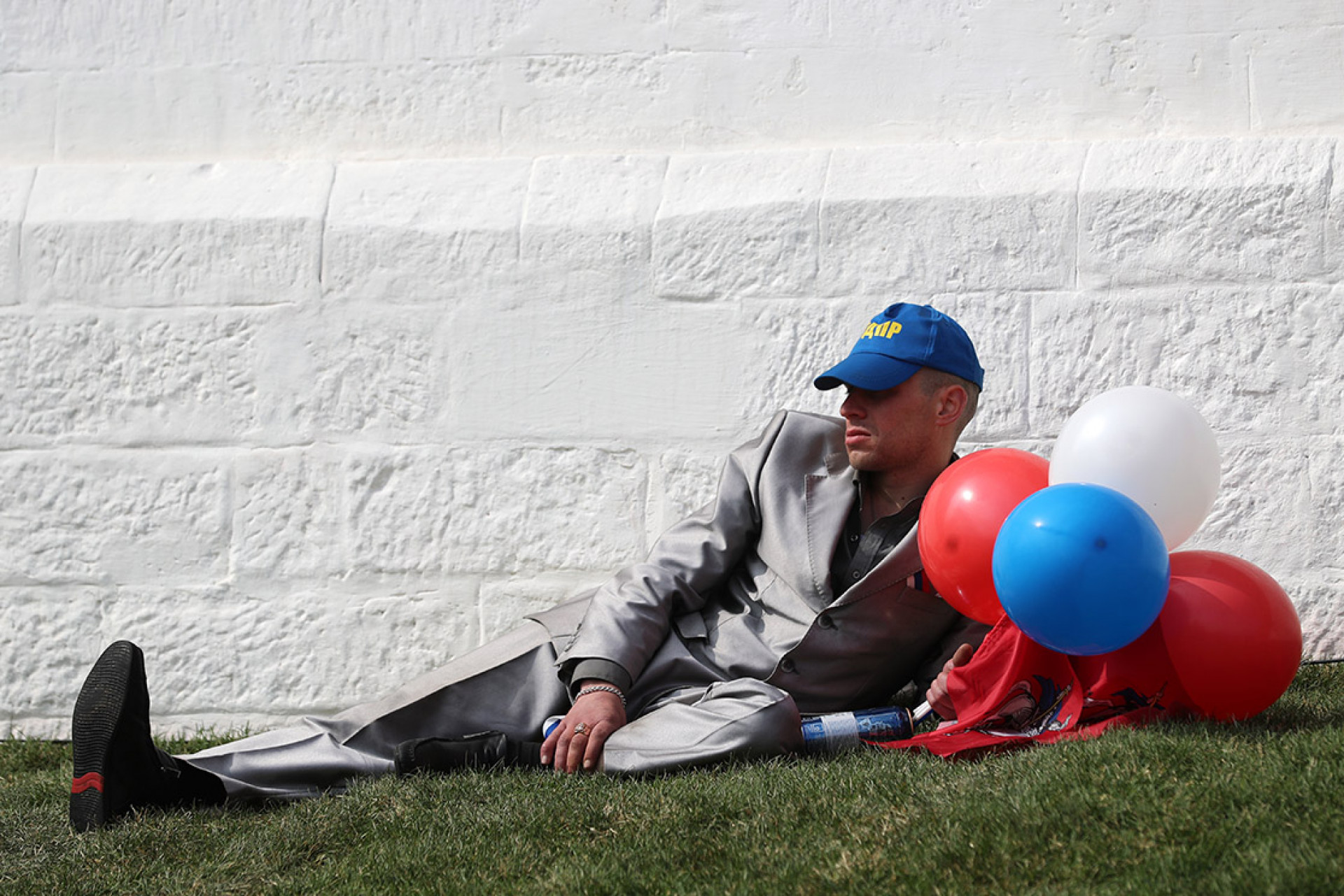 A supporter of the Liberal Democratic Party of Russia rests on the grass during a rally held by trade unions on Red Square. Sergei Savostyanov / TASS 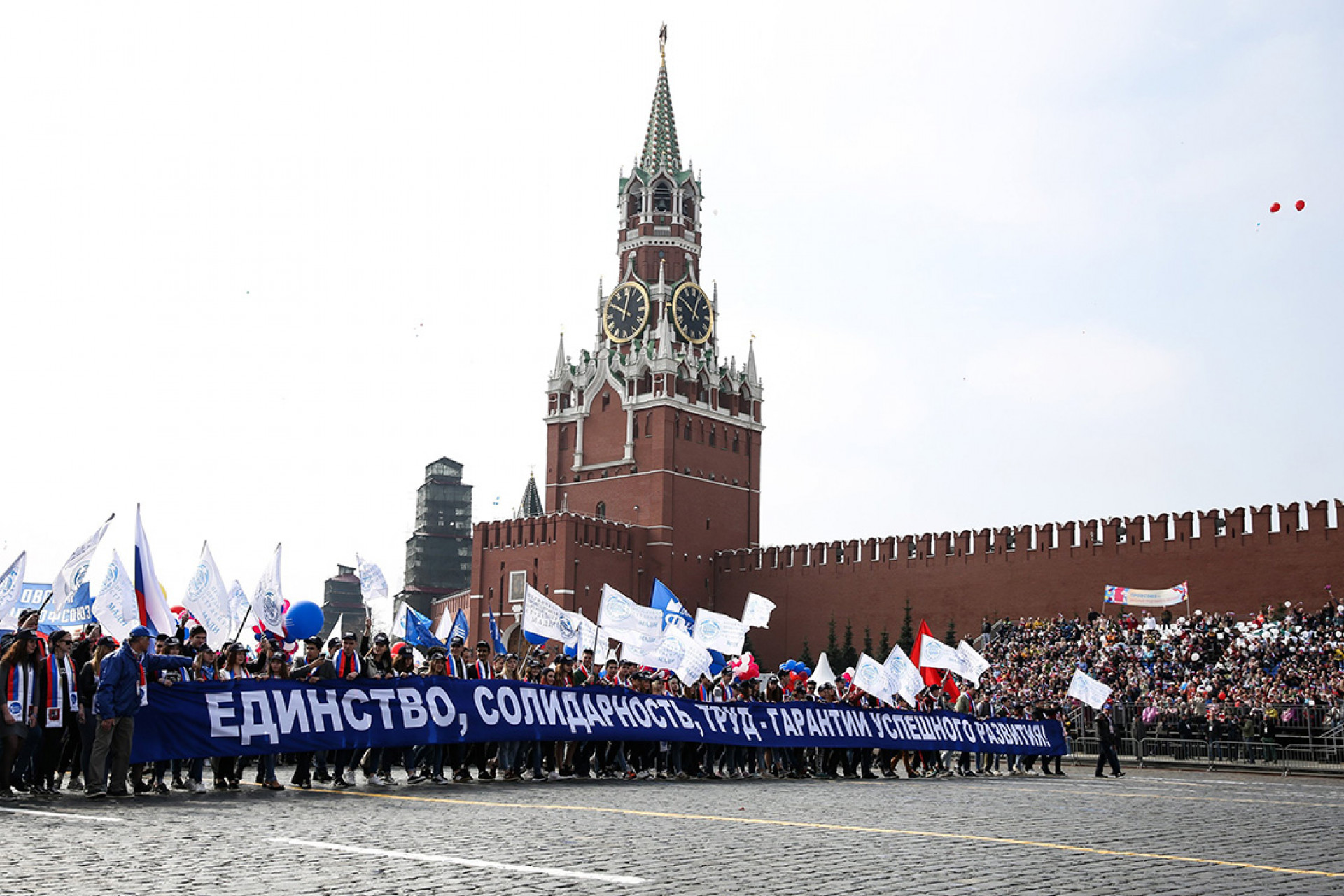 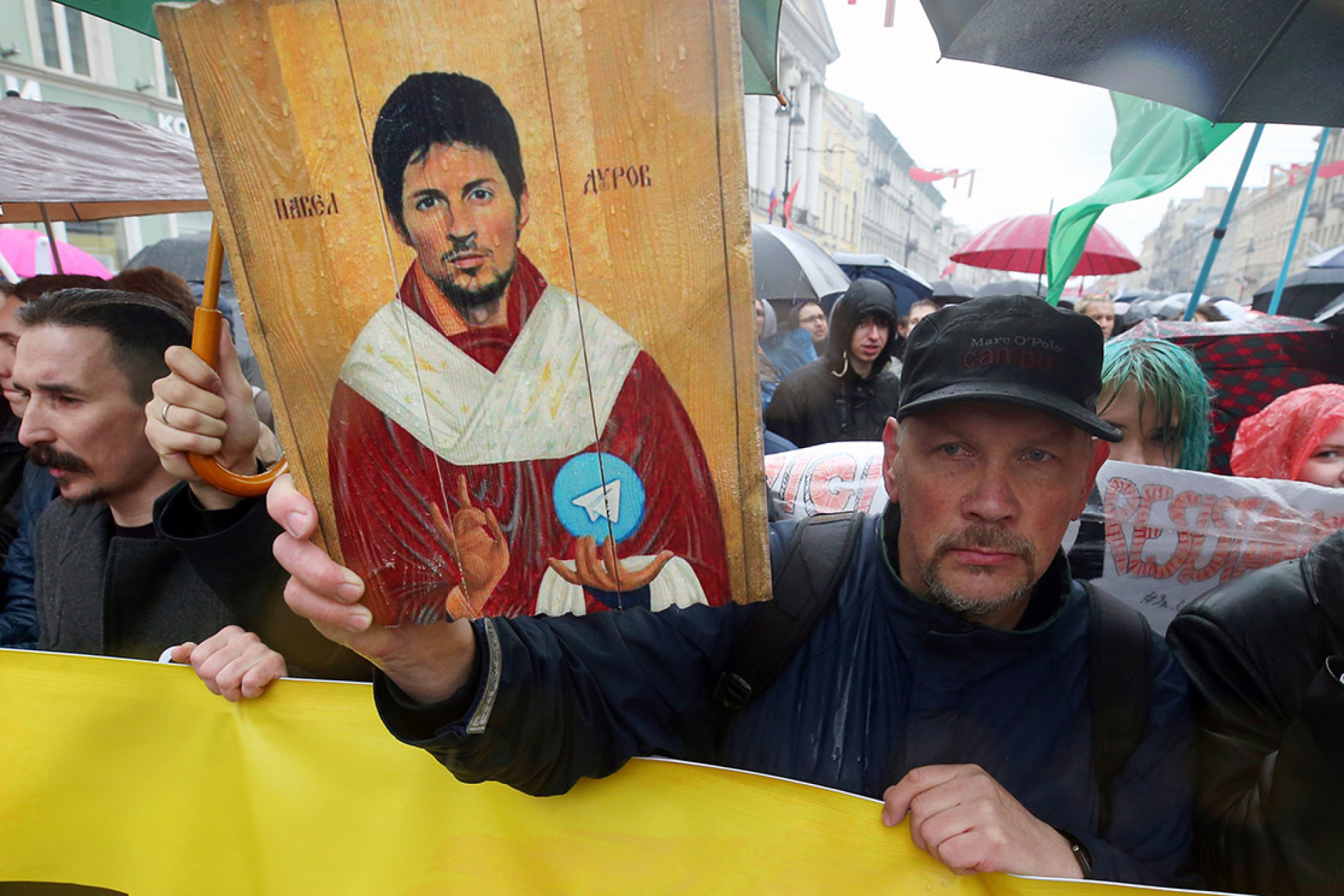 Meanwhile, on Nevsky Prospekt in St. Petersburg there was a "Monstration" in which participants brandished posters saying "Serve me food," "Mayor! May! Dust" and "Life is absurd," as well as the portrait of Telegram founder Pavel Durov. Pyotr Kovalyov / TASS 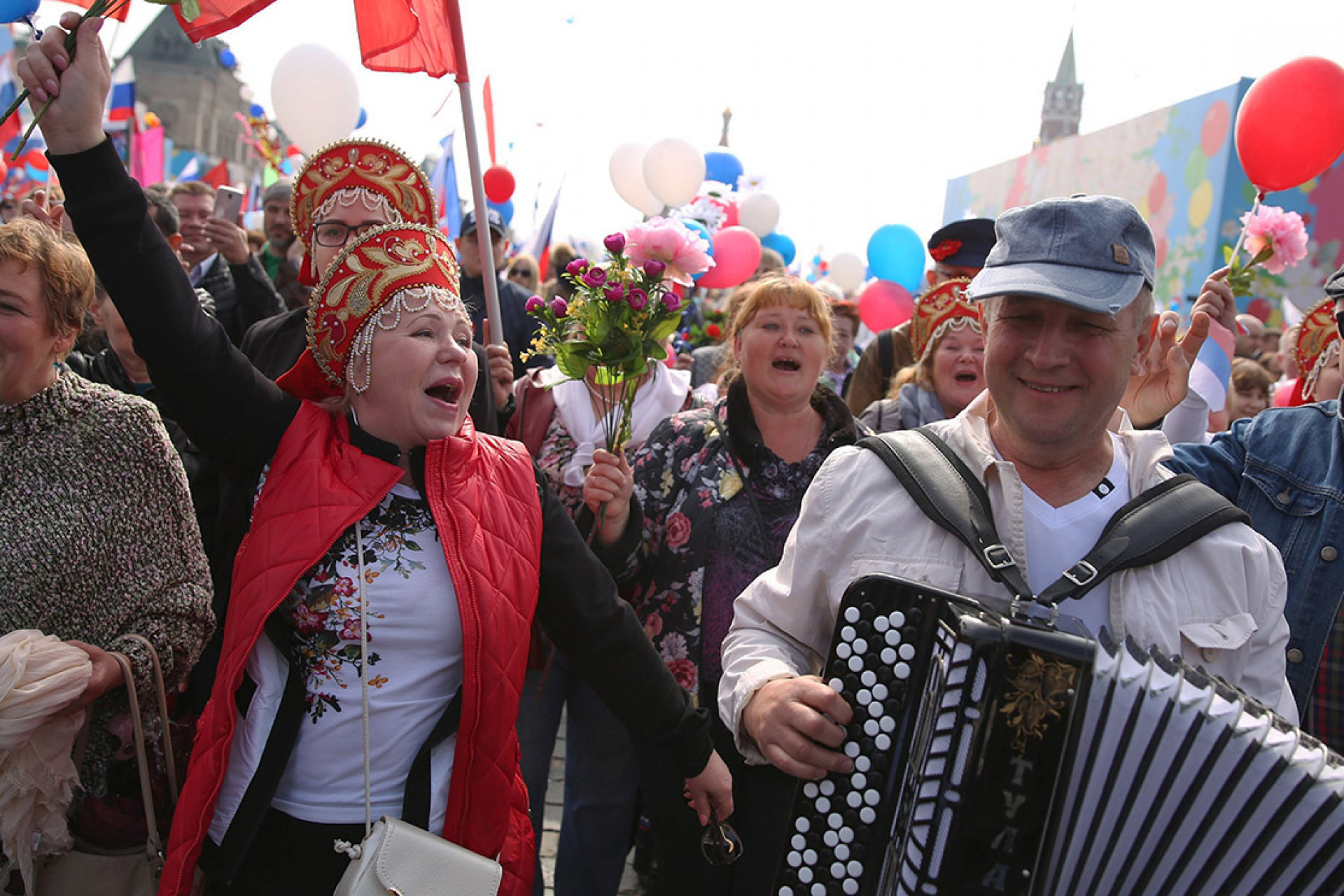 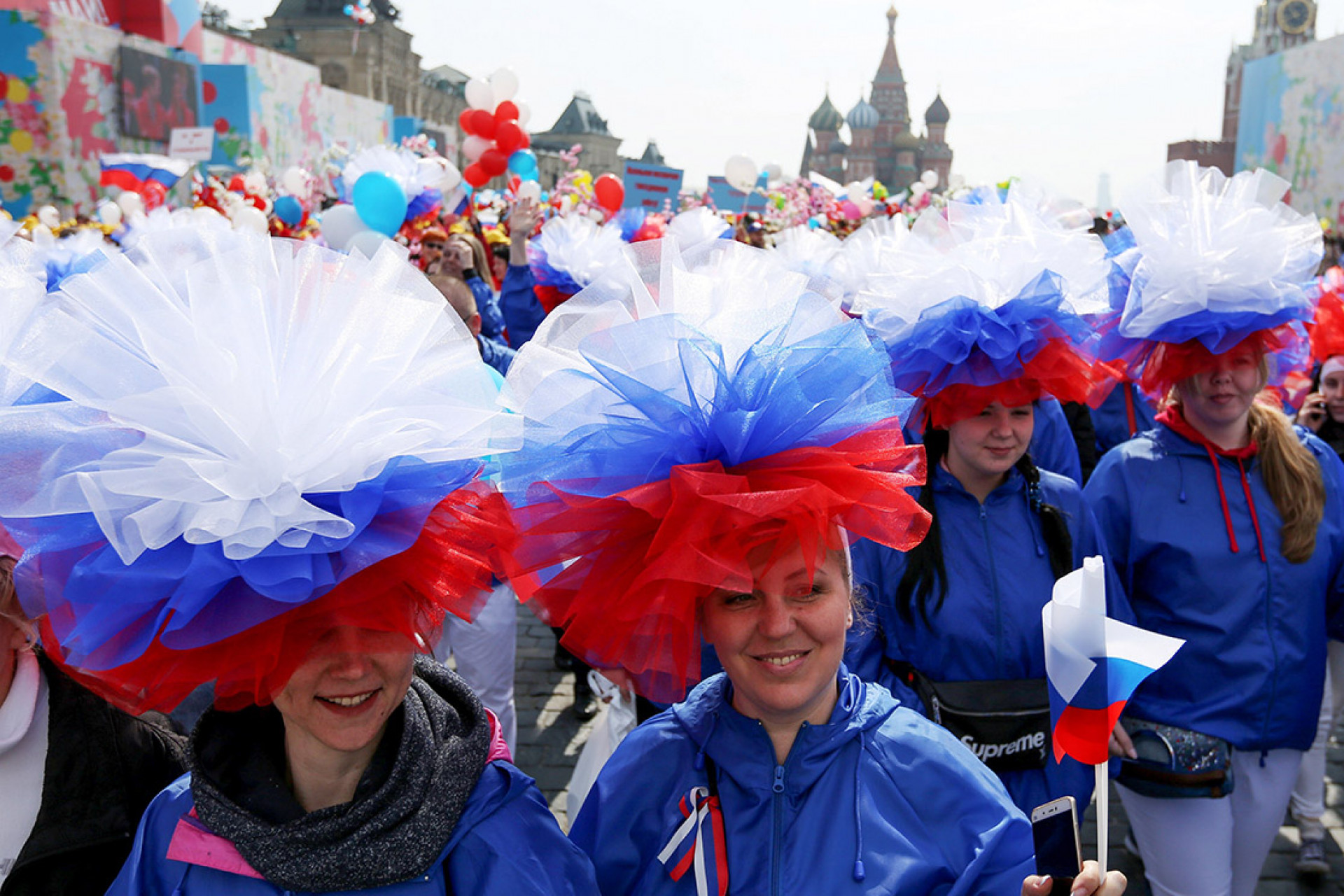 Labor Day in the former Soviet Union was a major holiday and was marked by official parades, organized street demonstrations, and marches in many Russian cities. May Day celebrations became less political in Russia after 1991. While some political parties and labor unions hold demonstrations on May 1, most Russians spend the holiday gardening or spending time with family.

Activists with disabilities and mental disorders were reportedly violently arrested during this year's Labor Day procession in Moscow. Police estimated that 130,000 trade union members participated in the event on Red Square.

$1.3M Spent to Ensure May Day Sunshine in Moscow

Almost 86 million rubles ($1.3 million) are to be spent on dispersing clouds over Moscow for the May 1 holiday, state-run TASS news agency reported Monday...
news

Activists With Disabilities Arrested at Moscow May Day Parade

Activists with disabilities and mental disorders have been reportedly violently arrested at a May Day parade in Moscow.
war-torn childhood