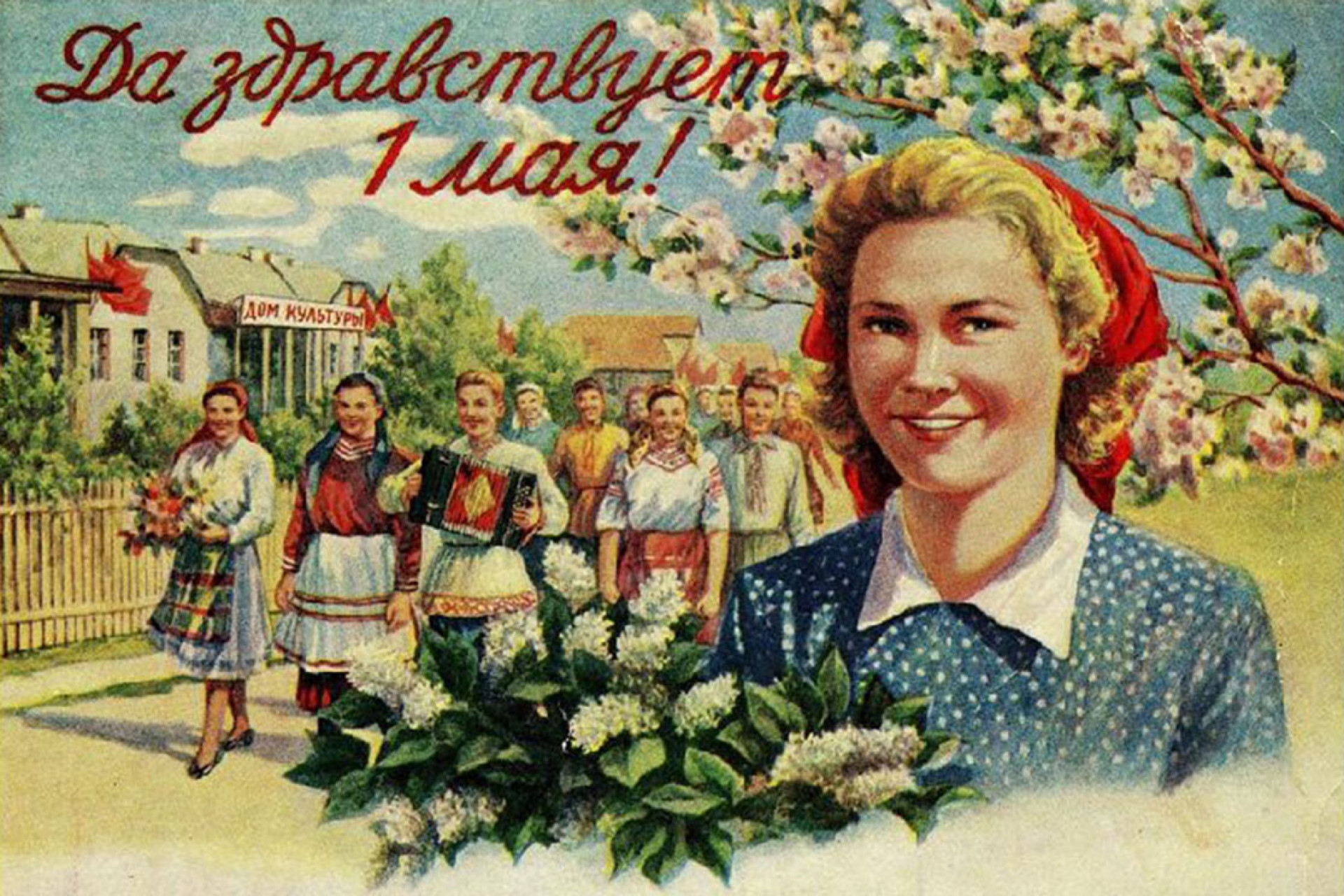 A woman wears a red kerchief with her modest cotton dress. In addition to farming and household duties, Soviet women worked in factories on a par with men. This postcard places men in the background, behind the woman. Wikicommons 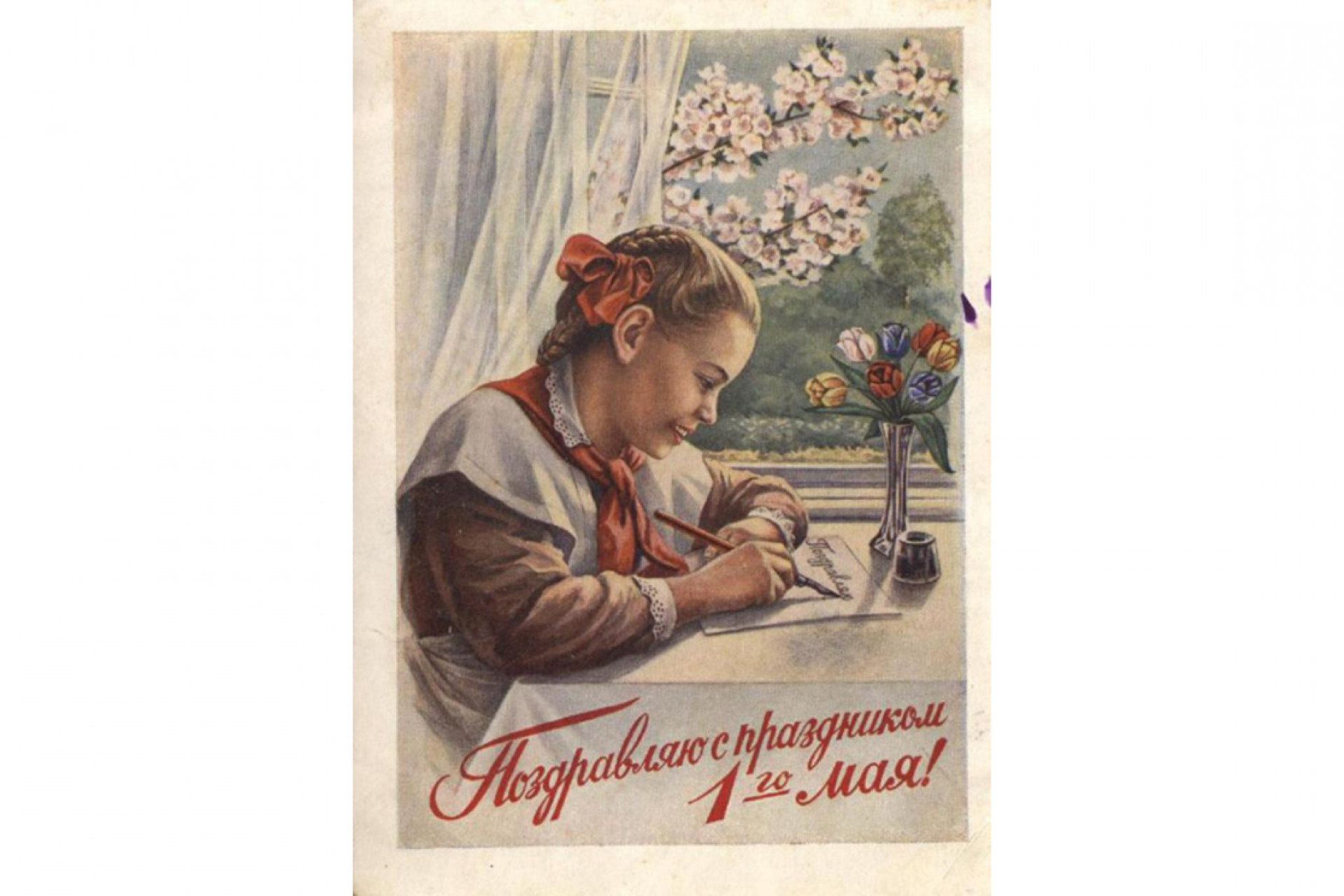 A pioneer girl wearing a red kerchief with her school uniform is another popular image. Children in the USSR were expected to study diligently, be pioneers and serve the Communist Party. Wikicommons 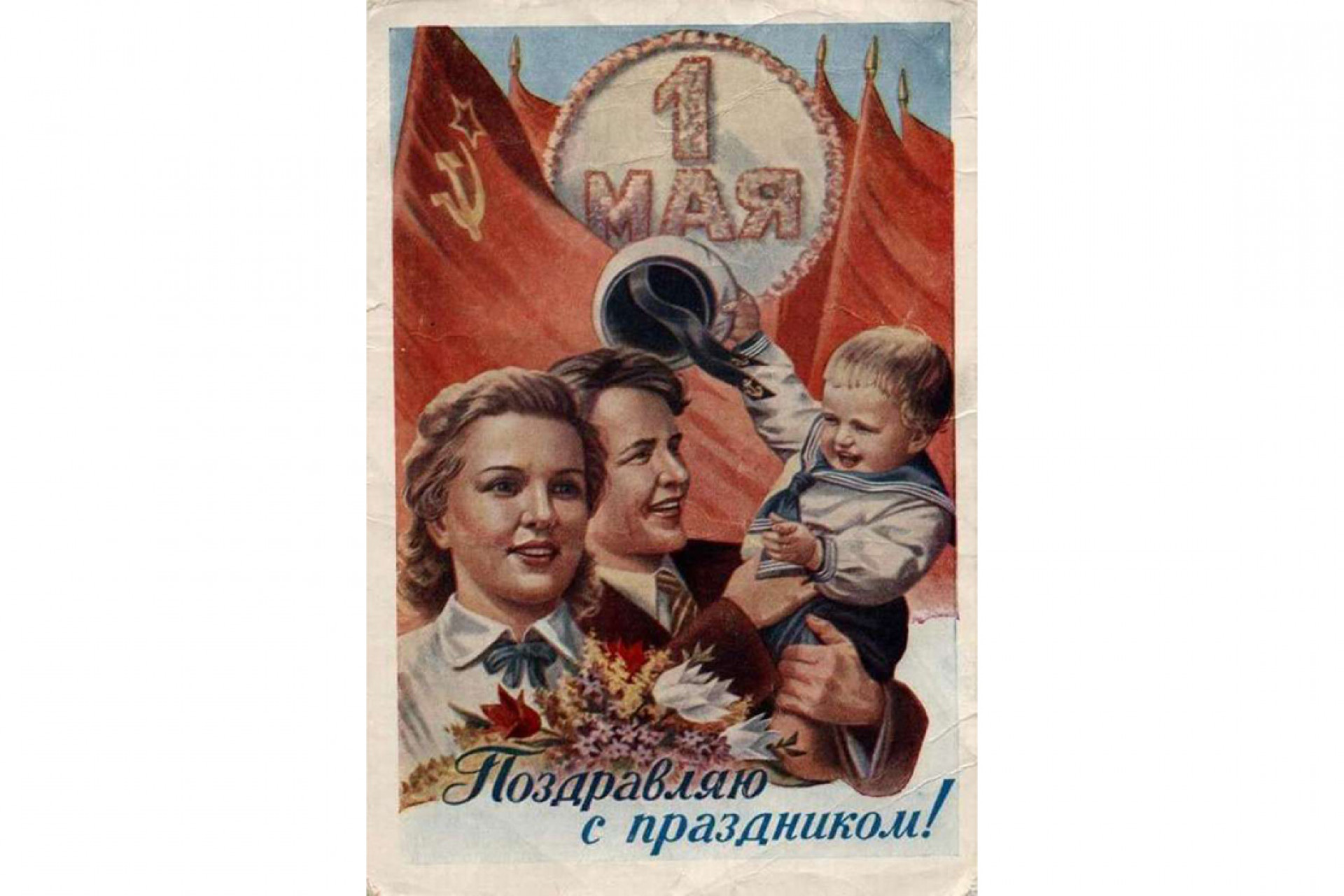 One of the most important Soviet images is that of the family: mother, father and one or two children. In the USSR, a man and a woman could not live together out of wedlock. To be without a partner was considered shameful. Wikicommons 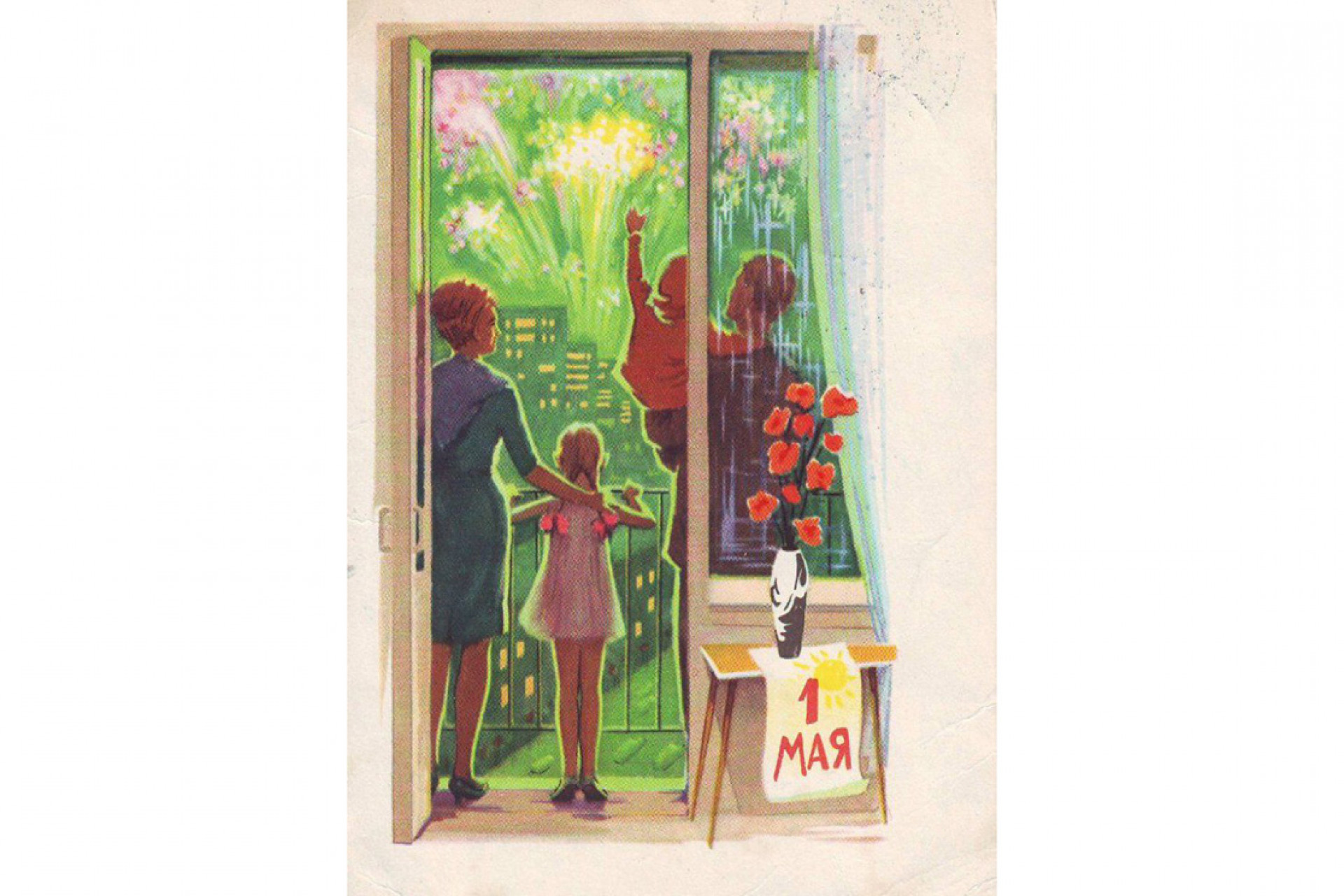 In this postcard from 1965, the Soviet family gives a festive salute. Wikicommons 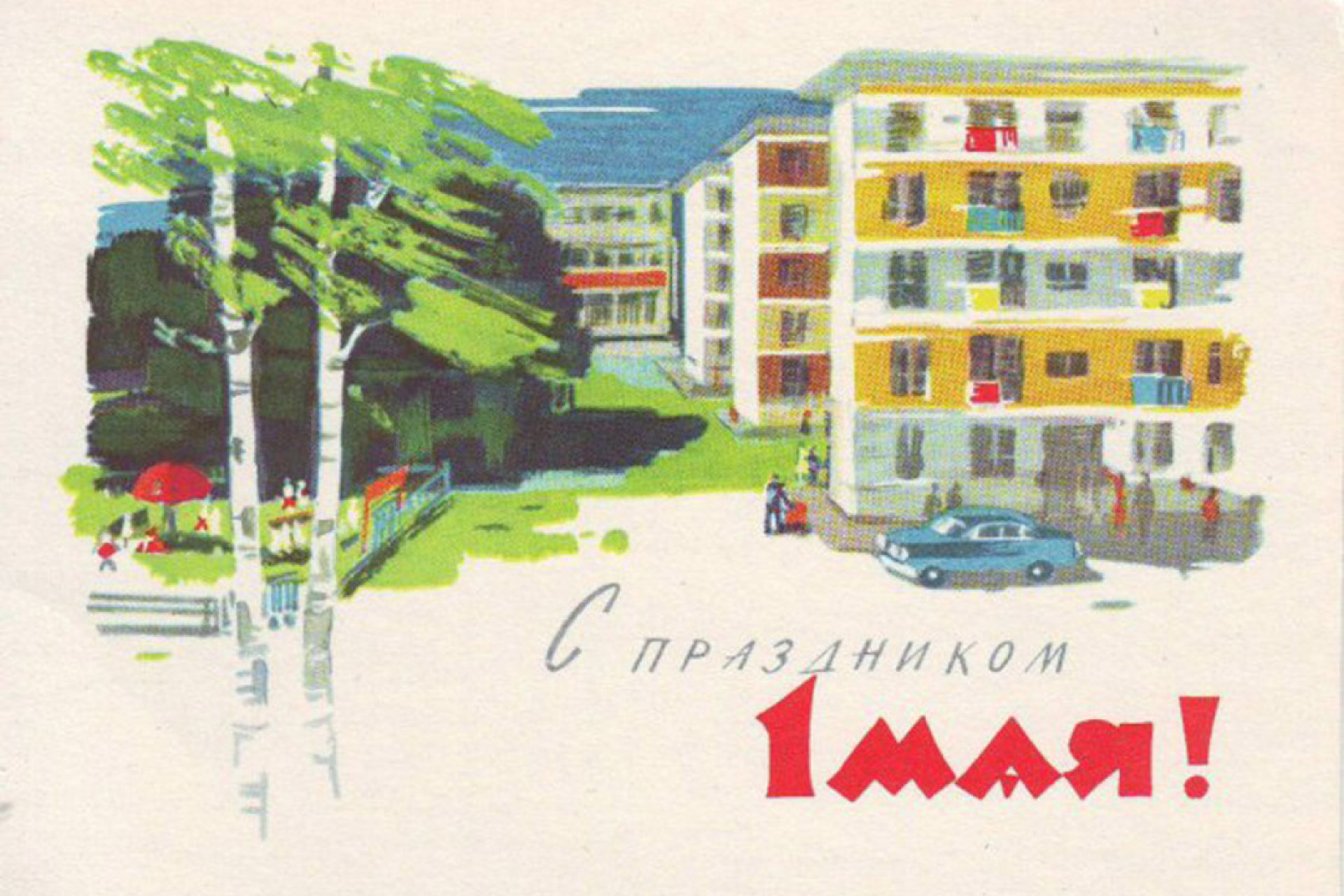 The typical Soviet man dreamed of a home in the newly-built apartment blocks and a Zhiguli car, as depicted in this postcard. Wikicommons 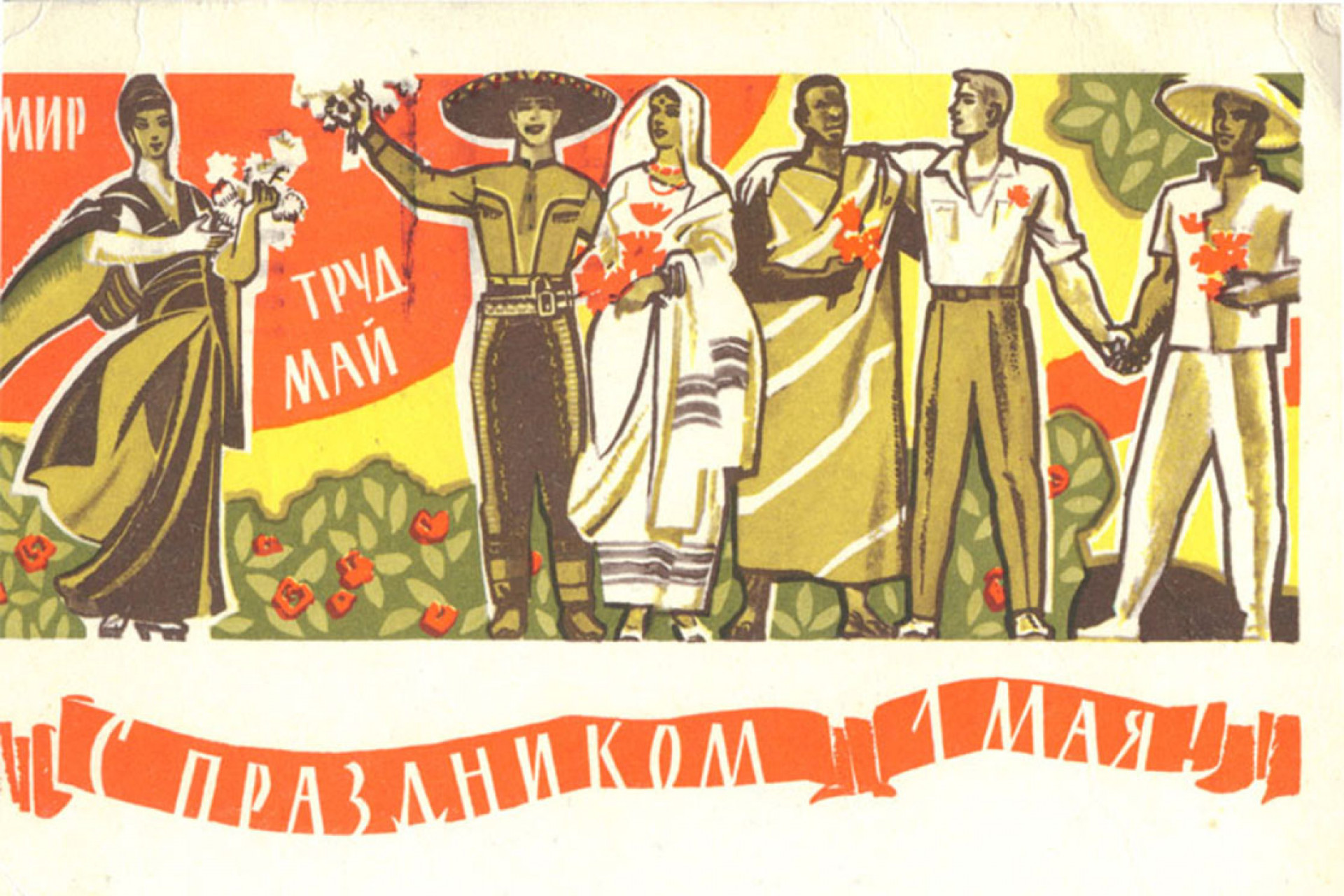 In 1989, there were 128 nationalities within the USSR, so the theme of unity was incredibly important. Wikicommons 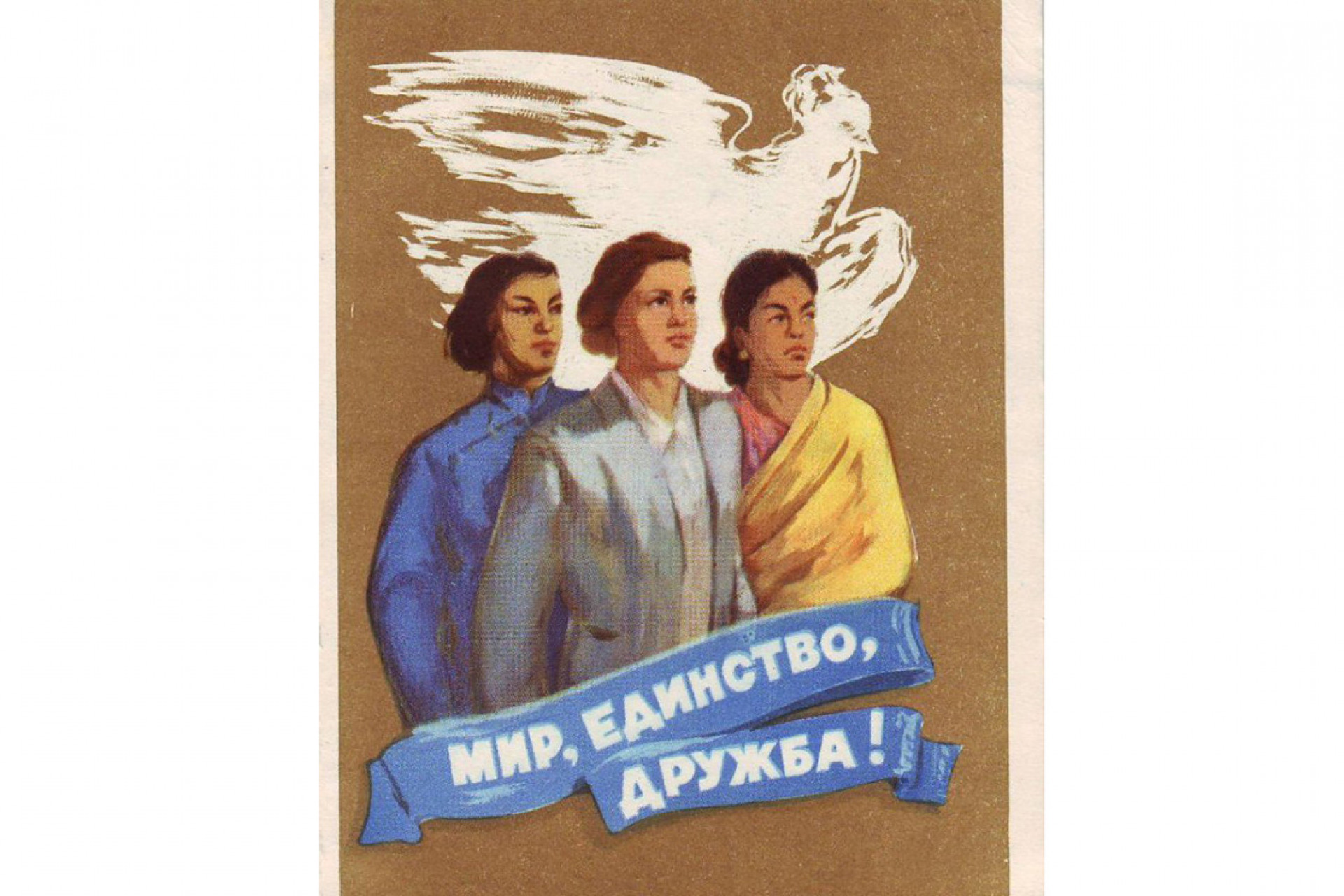 This postcard, from 1956, shows how the Labor Day slogan of "Peace, Labor, May!" was changed to "Peace, Unity, Friendship!" Wikicommons 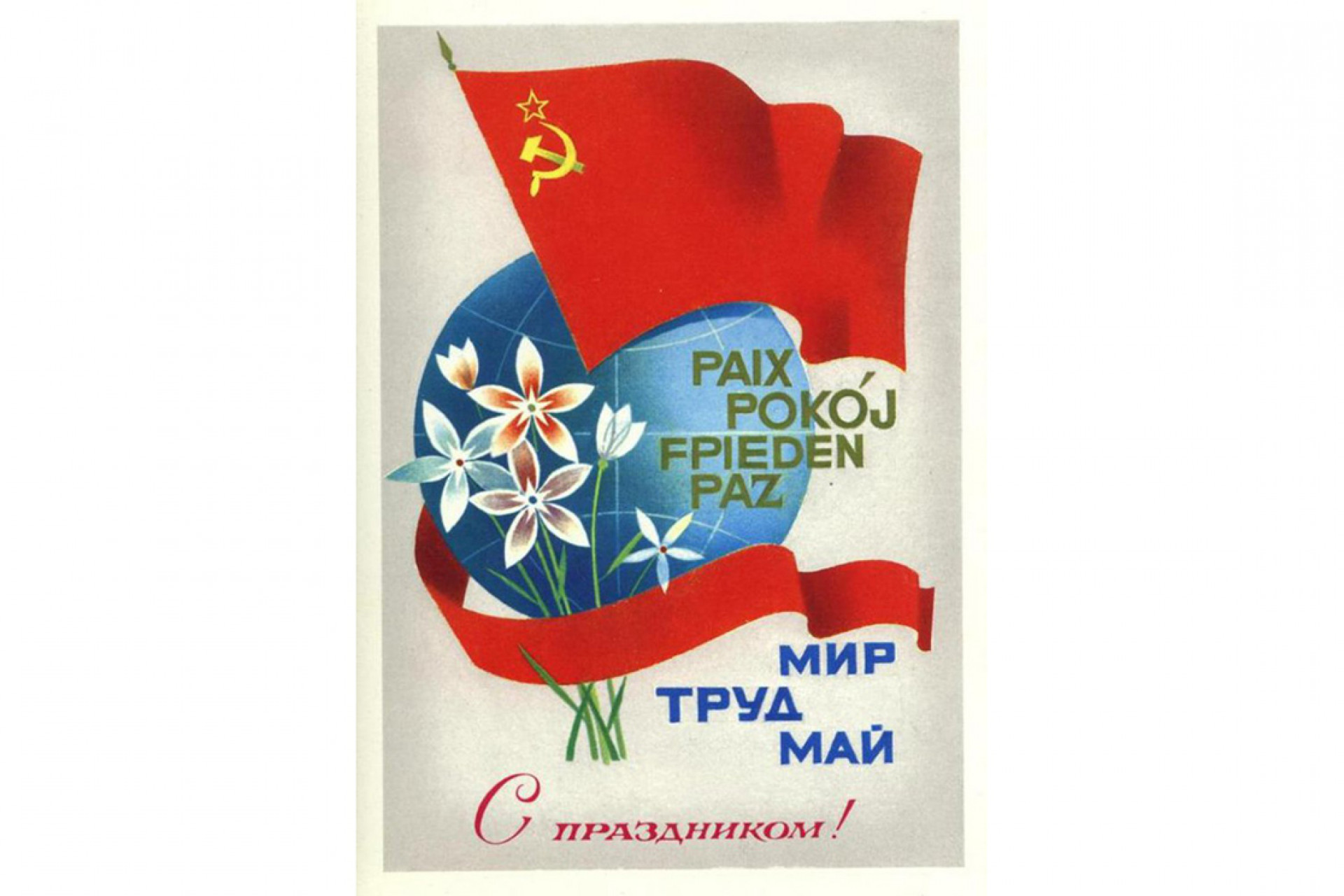 The word for "peace" is written in five languages — French, Czech, German, Spanish and Russian — and also symbolizes the desire for a single society. “When we work — we are all one nation” Wikicommons

May 1 was a symbol of class struggle in Russia for about 100 years (1890-1990). Workers held annual protests on this day from 1890 to 1917, demanding better working conditions and higher wages. In 1918, May 1 became an important public holiday — the Day of the International Solidarity of Workers — in the Soviet Union. Most cities held parades and obligatory workers’ marches on this day until 1990. The Russian Parliament renamed the holiday as Spring and Labor Day in 1992.

While the most common symbols of Spring and Labor Day are flowers, blooming branches

and balloons, Soviet artists decorated postcards with numerous other subjects reflective of the USSR’s bygone era.