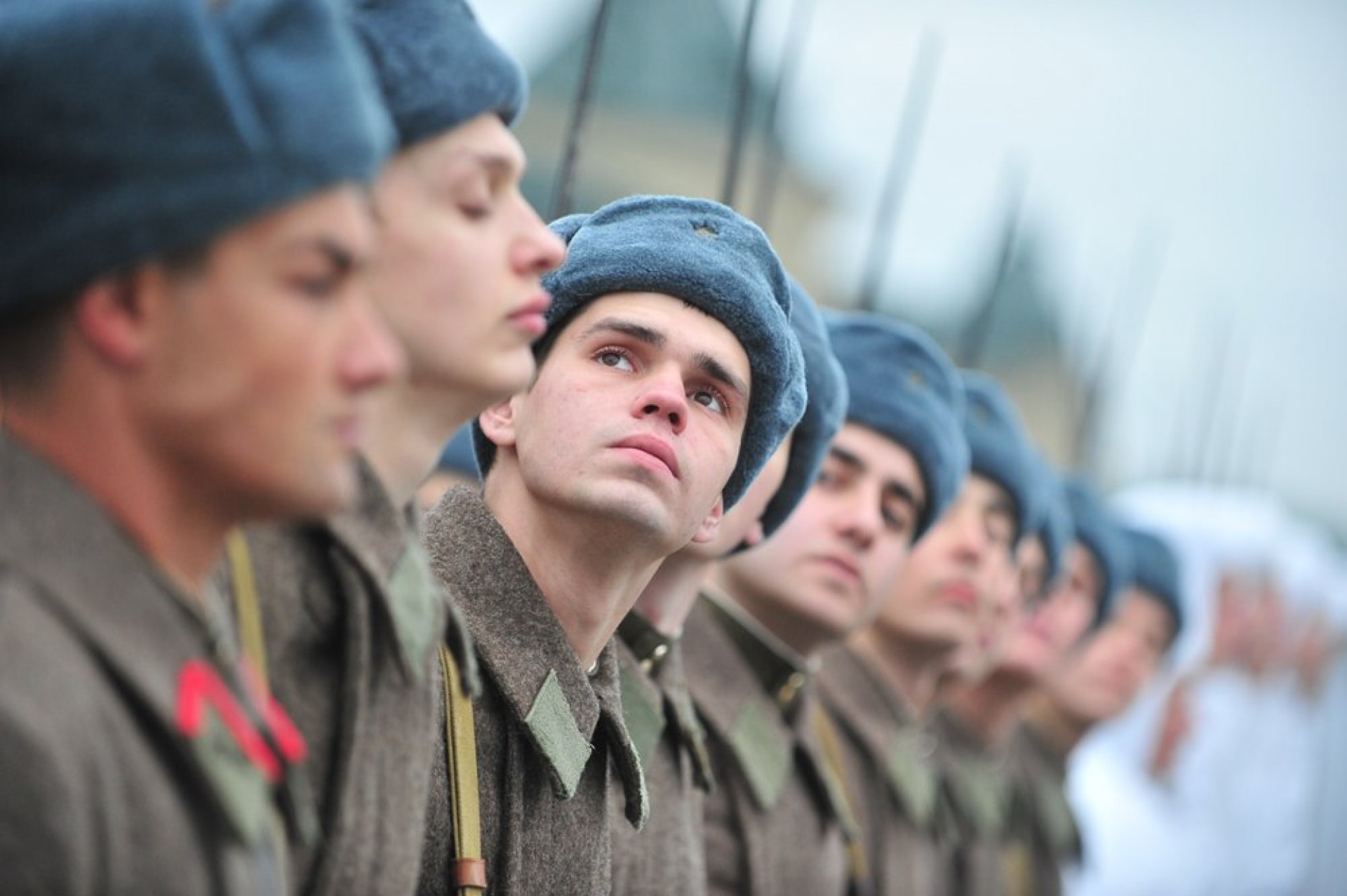 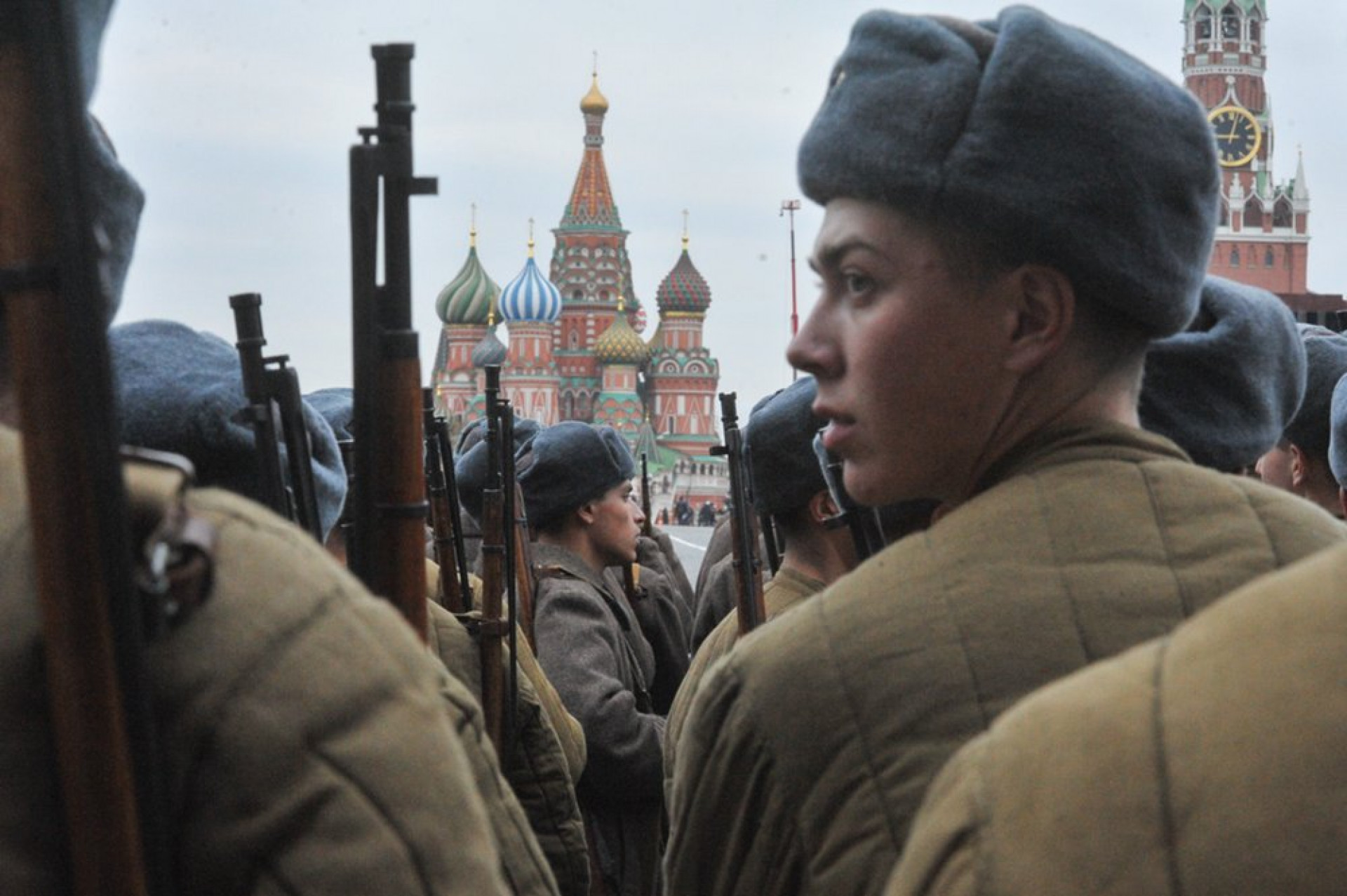 Around 7,000 guests came to watch the parade. Among them were Russian military veterans, participants in the 1945 Victory Parade, NGO representatives, current military personnel and young cadets from Russia’s military academies. As a younger generation marched on, they were watched by veterans who had marched in the same place, on the same day 76 years earlier. Sergei Kiselyov / Moskva News Agency 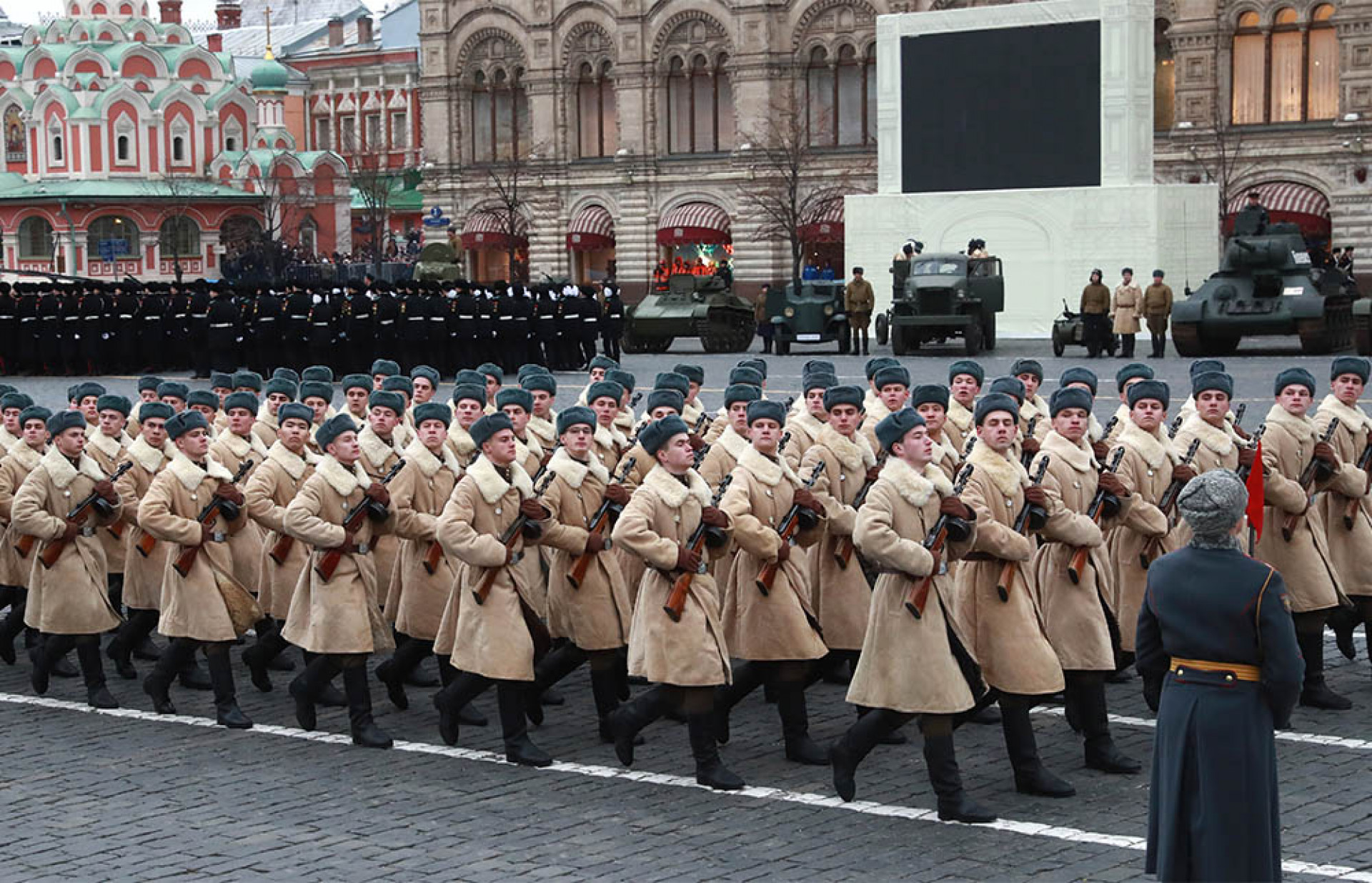 In his speech at the parade, Moscow Mayor Sergei Sobyanin remarked that 16 servicemen who were at the original October Revolution Parade still lived in Moscow. Sobyanin wished the living soldiers from 1941’s parade long and happy lives. By now, even the youngest who were in Red Square on that day would be in their 90s. Sergei Fadeichev / TASS 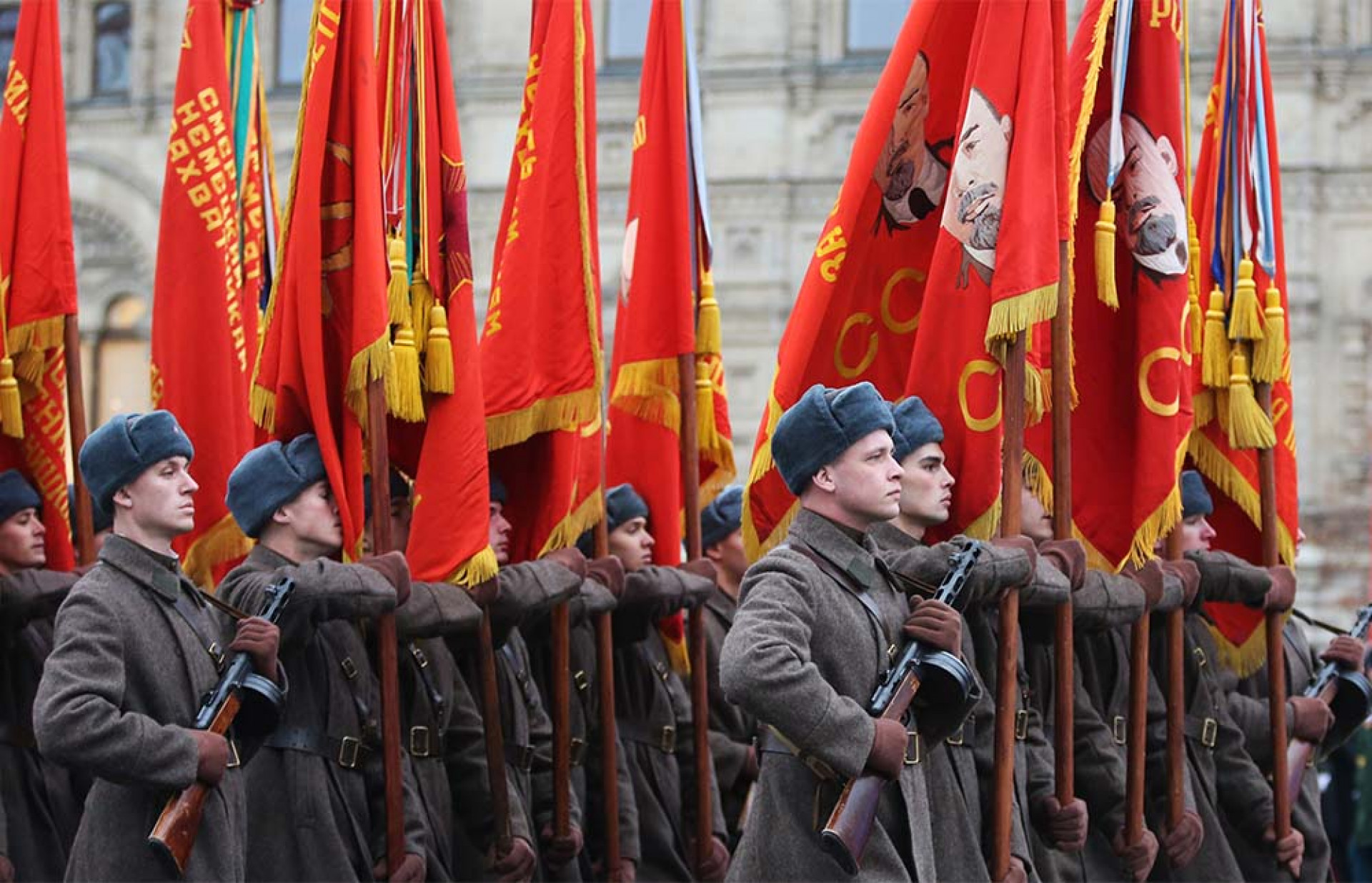 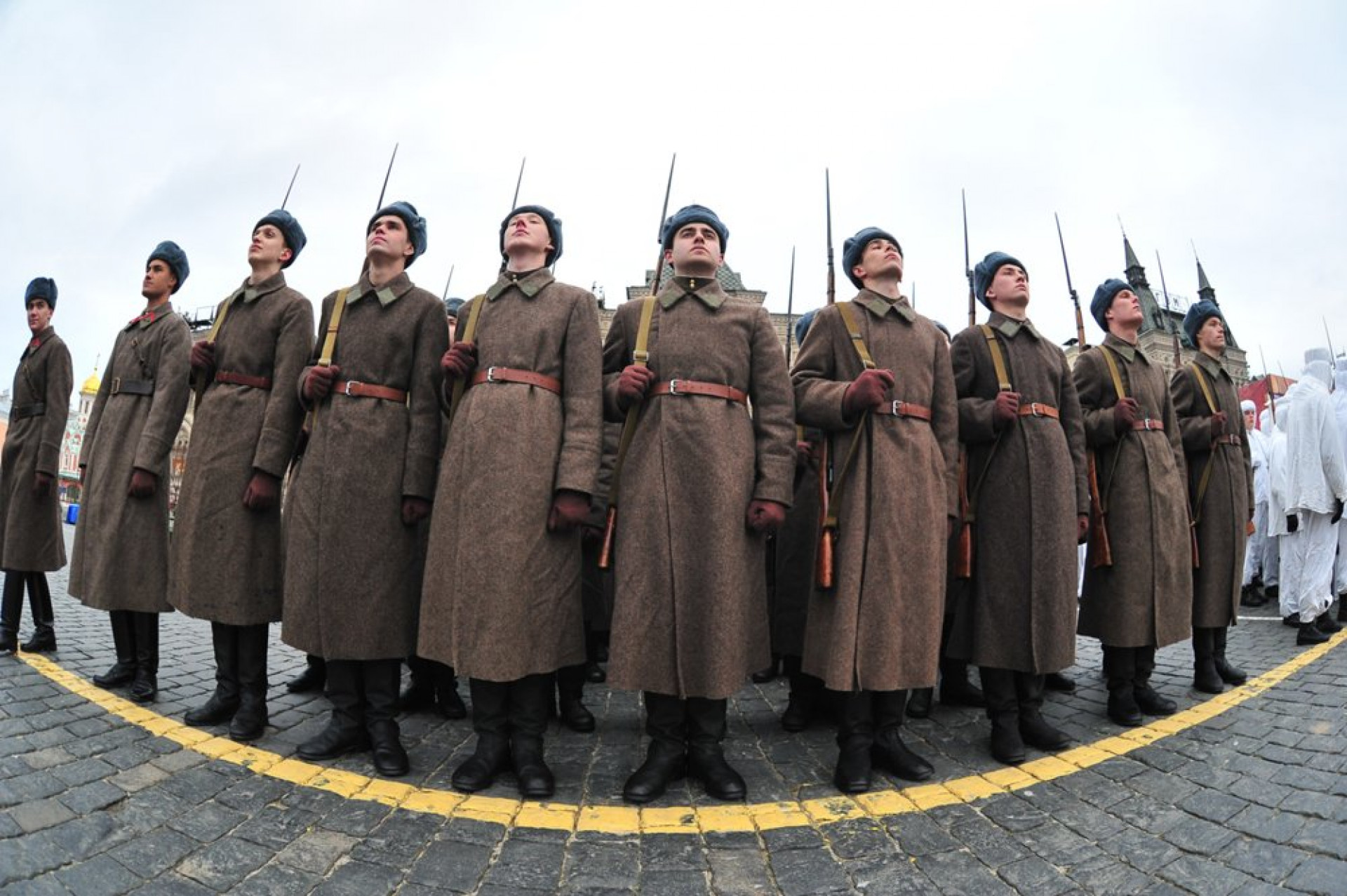 Many of the 5,000 participants in the march on Nov. 7 were young men — the same demographic who would have been on the square in 1941, preparing to go west and fight the Nazis. In 76 years Russia’s military has been tested with conflicts in the Middle East, the loss of territory, and a cold war. Demonstrations like this show how ingrained the military’s history is in its identity. Even history from more than half a century ago is present for today’s soldiers. Sergei Kiselyov / Moskva News Agency 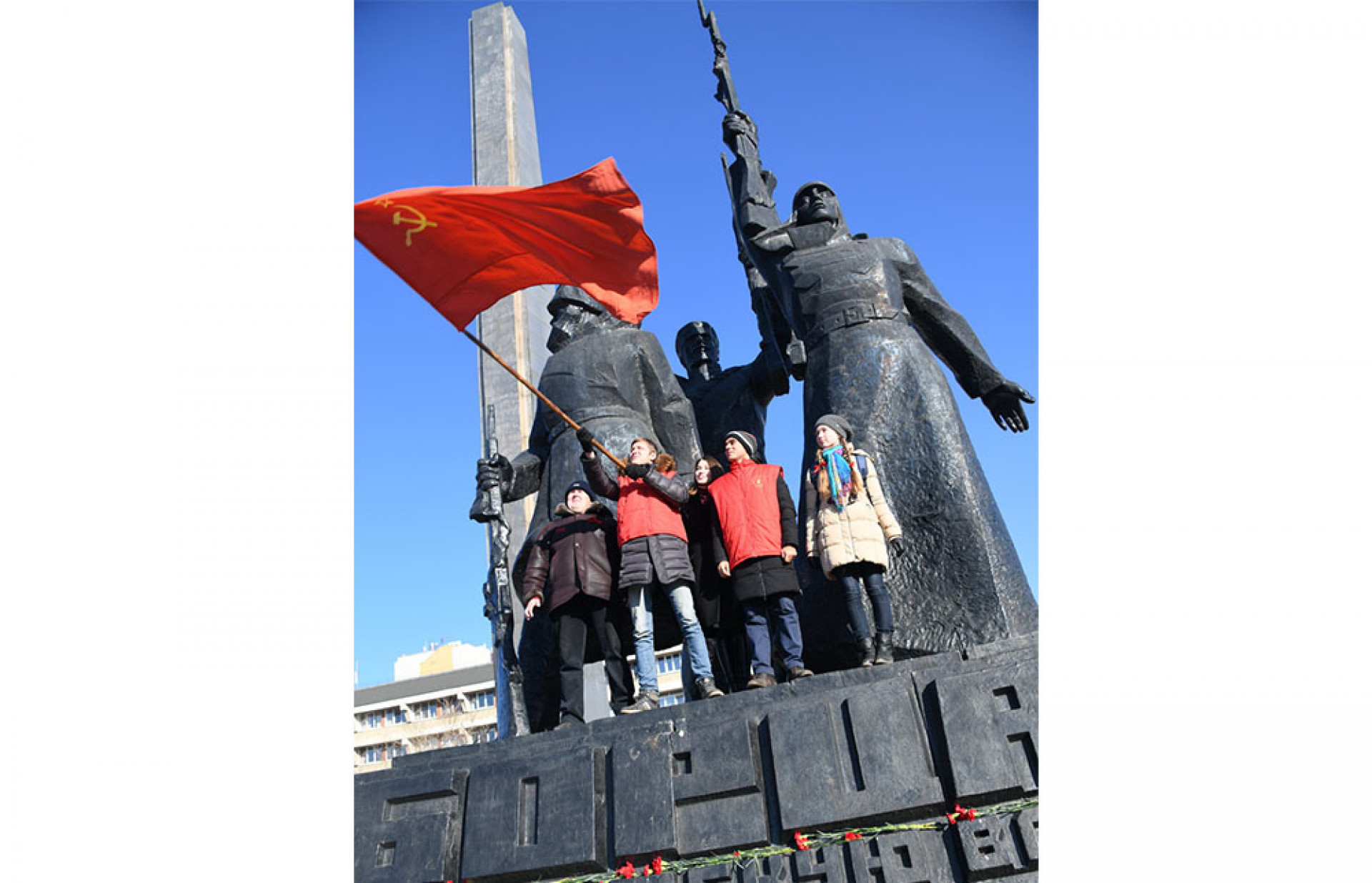 In Chita, Nov. 7 was above all a celebration for the local Communist Party. Yevgeny Yepanchintsev 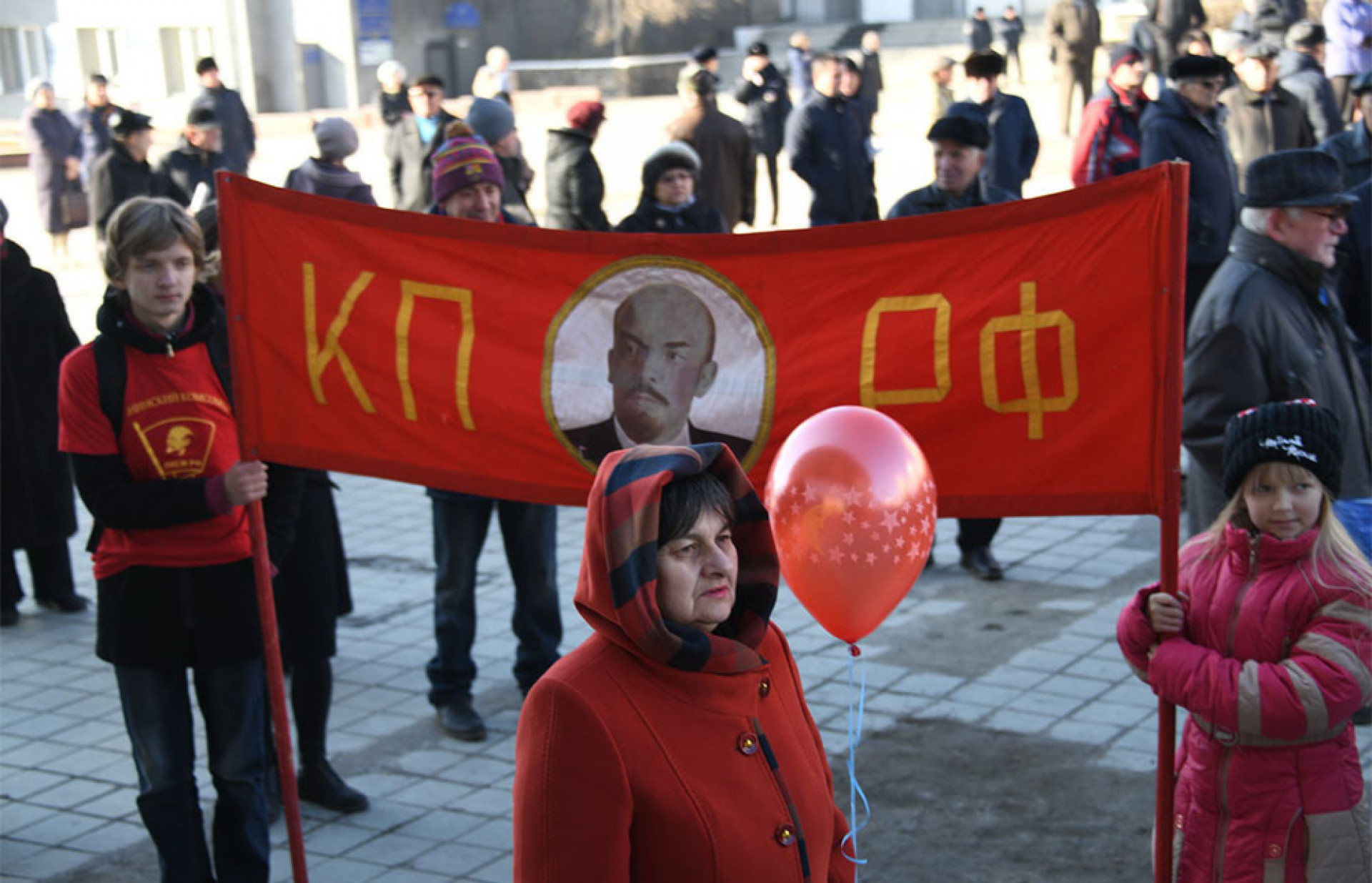 In the morning, veteran members of the Communist Party gathered at the headquarters. Thirty years ago, it was a huge building. Now, it’s one room. Yevgeny Yepanchintsev 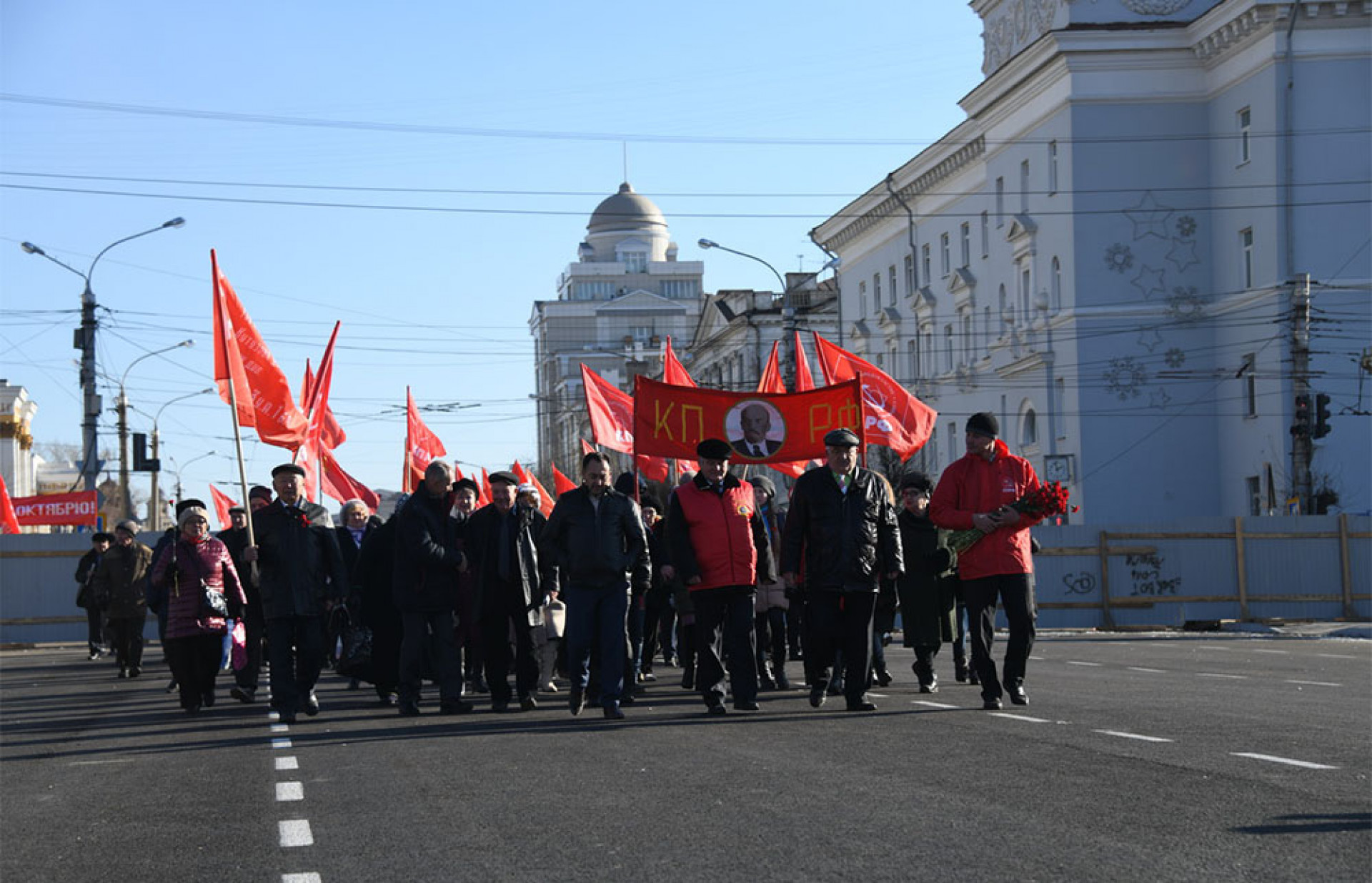 On Revolution Square, Komsomol members brought flowers to a monument erected in honor of the Fighters of the Revolution. Holding hands, they formed the number 100. Yevgeny Yepanchintsev 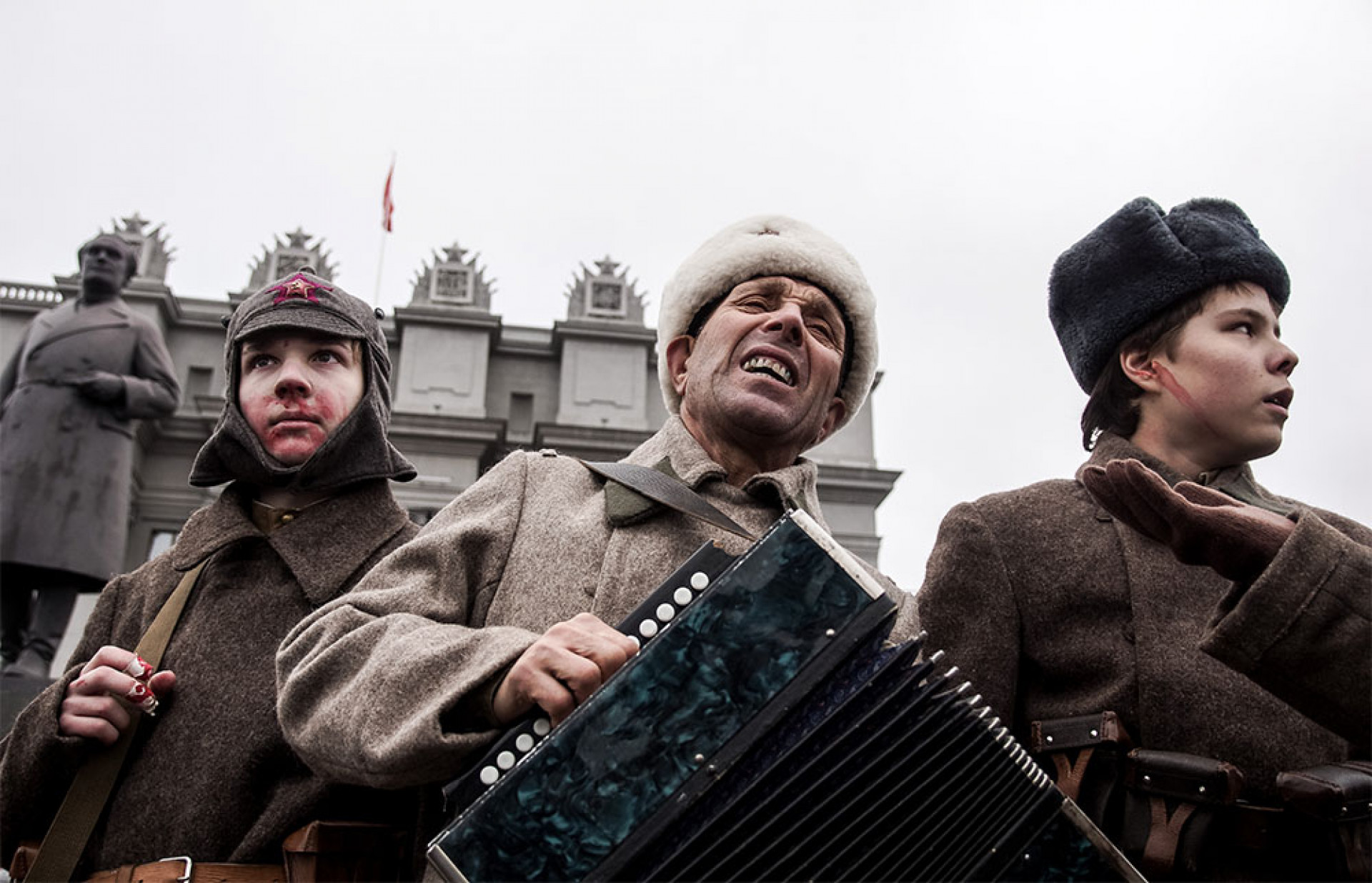 In Samara, around 90 military regiments from the Privolzhsky district and Leningrad region took part in a military parade on Kuibyshev Square. Svetlana Makoveyeva 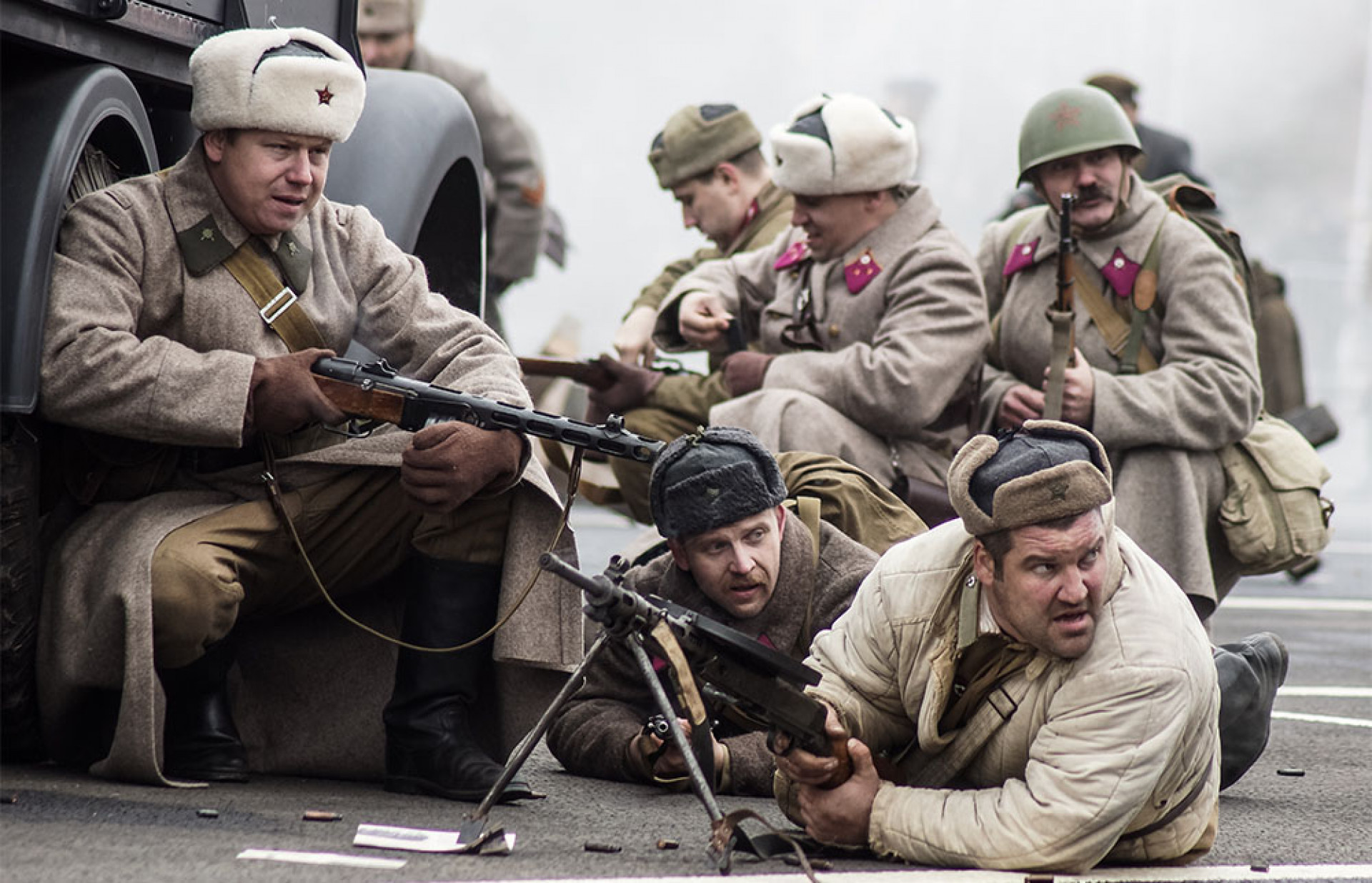 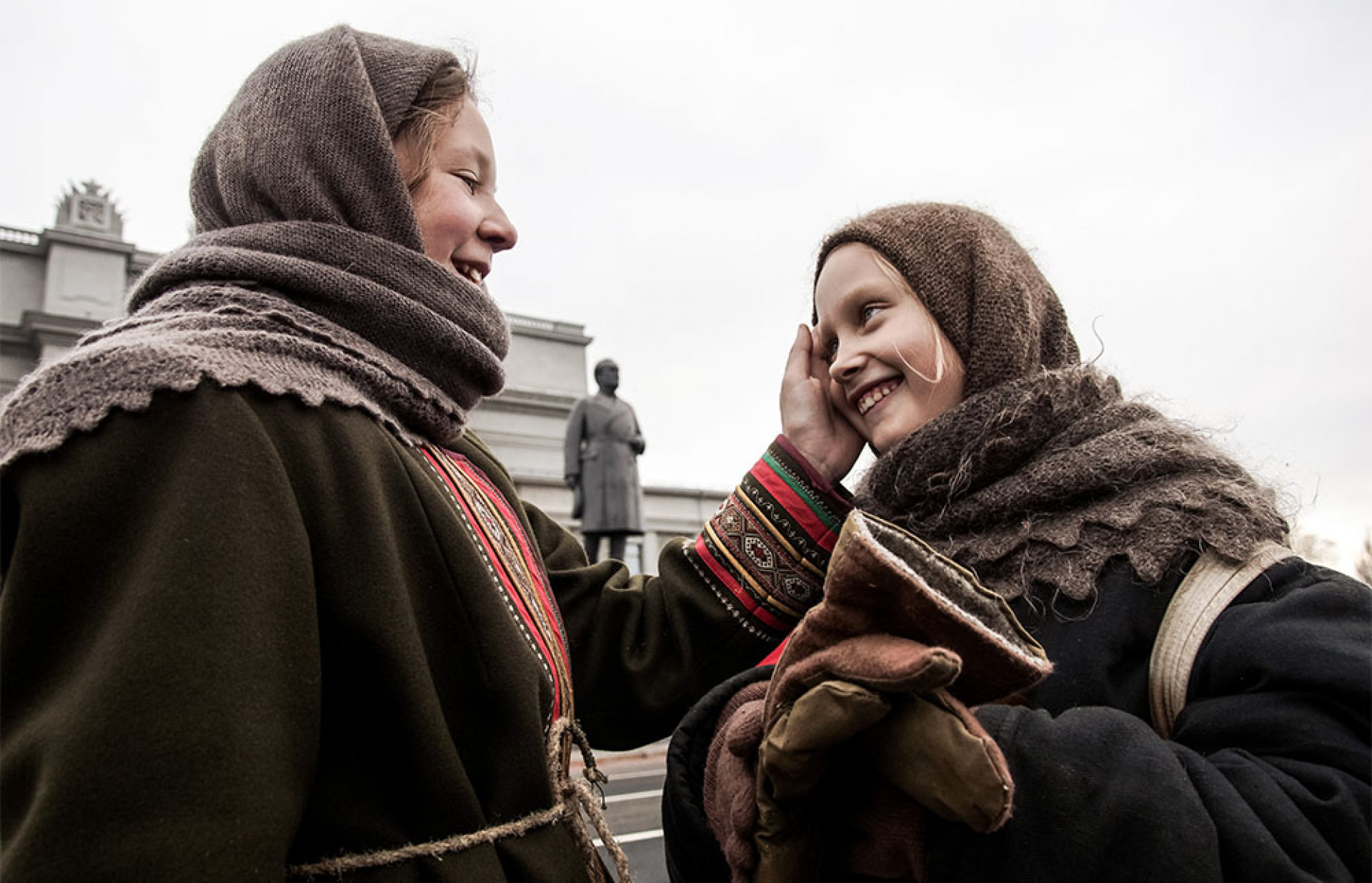 At the original parade in 1941, troops gathered on Red Square to remember the birth of communism 24 years earlier and to listen to a rallying speech by Josef Stalin. With the Nazis on Moscow’s doorstep, many in attendance went from the parade immediately on to the front lines.

On Tuesday, cities around Russia, from Moscow to Samara, remembered the event.