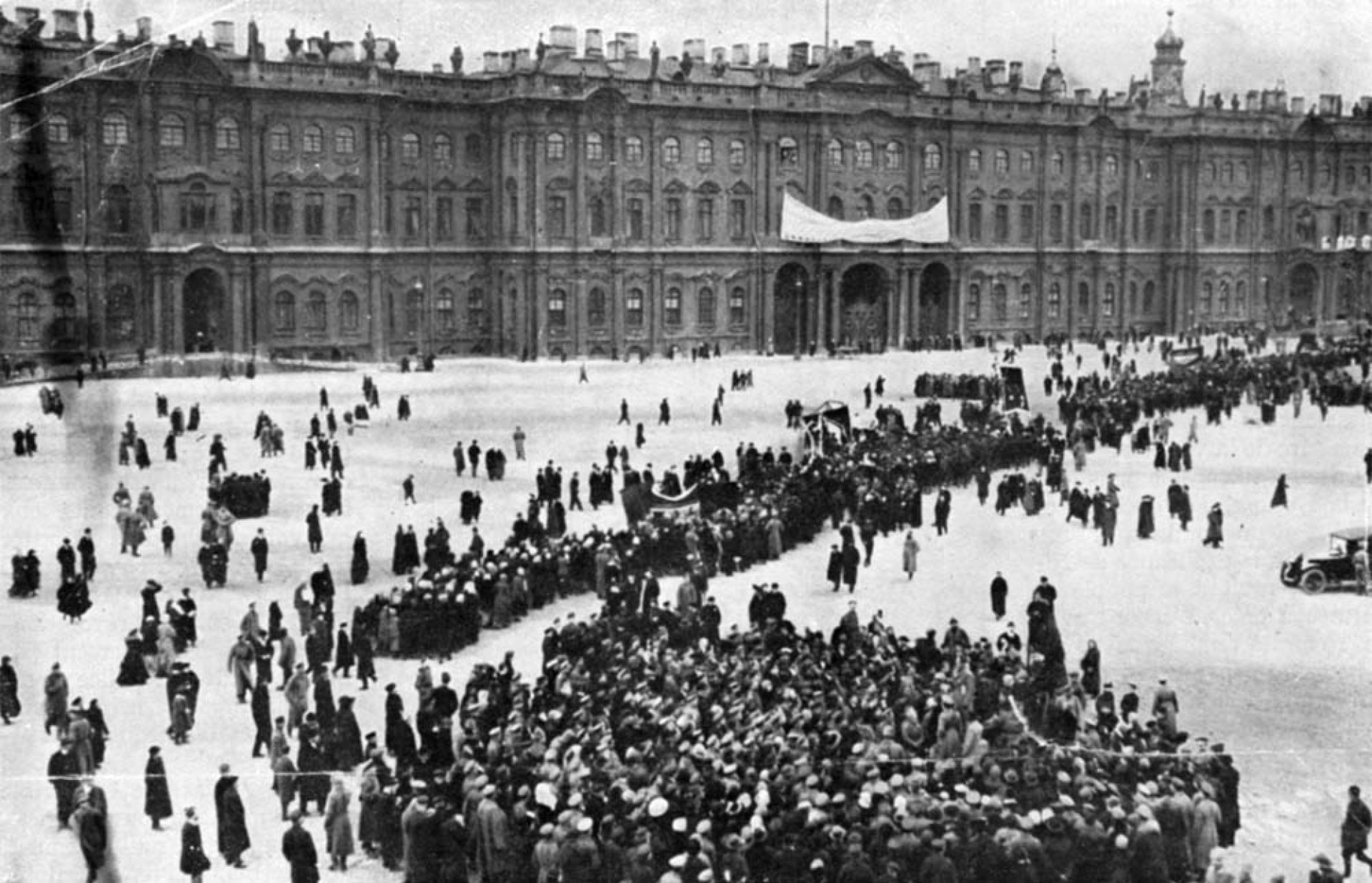 A rally against the Tsar on Palace Square, where strikes and unrest had begun as early as January. Public Domain 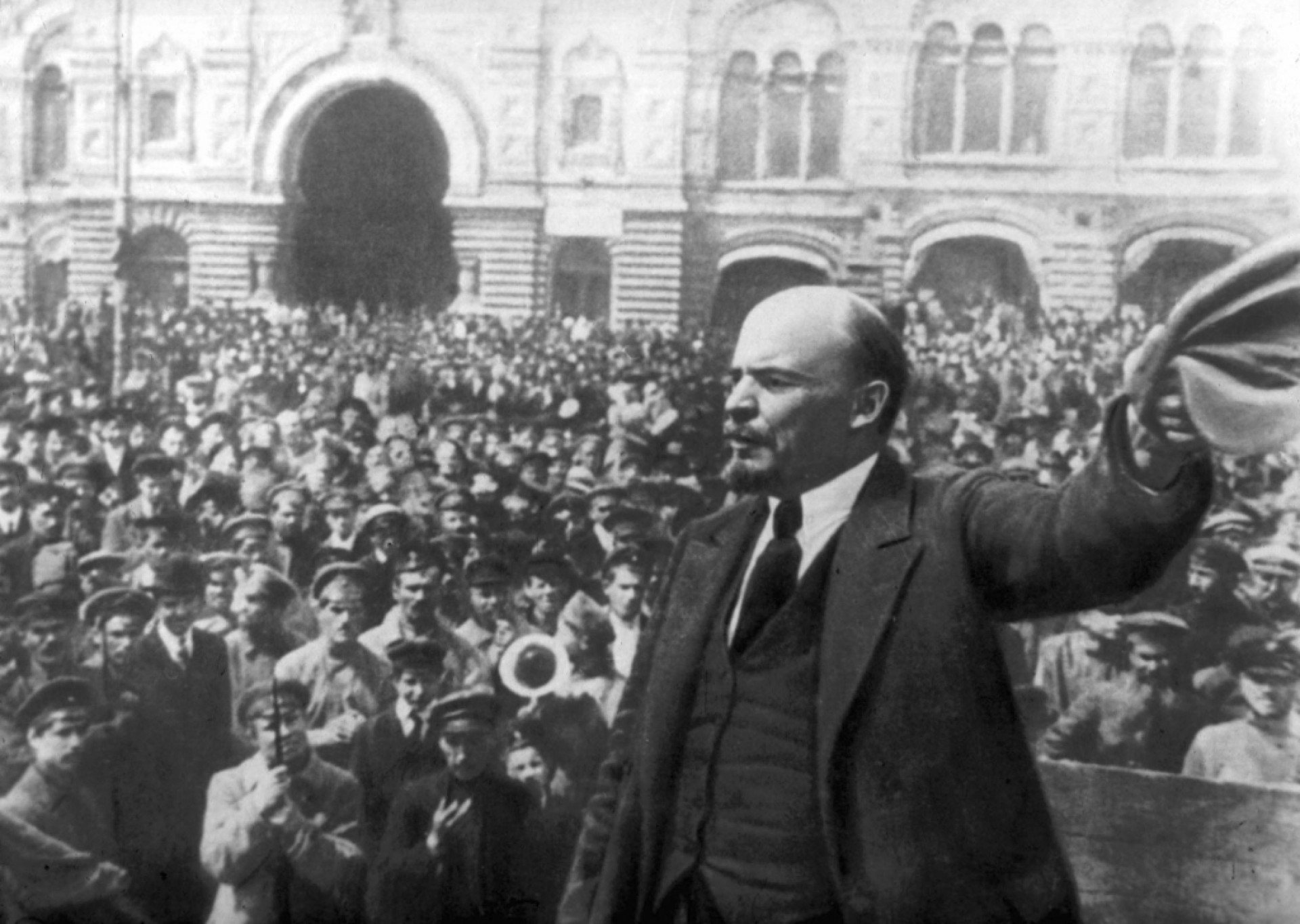 By mid-September, Vladimir Lenin had worked out a plan for an armed uprising. The main goal of the October Revolution was the conquest of power by the Soviets. Public Domain 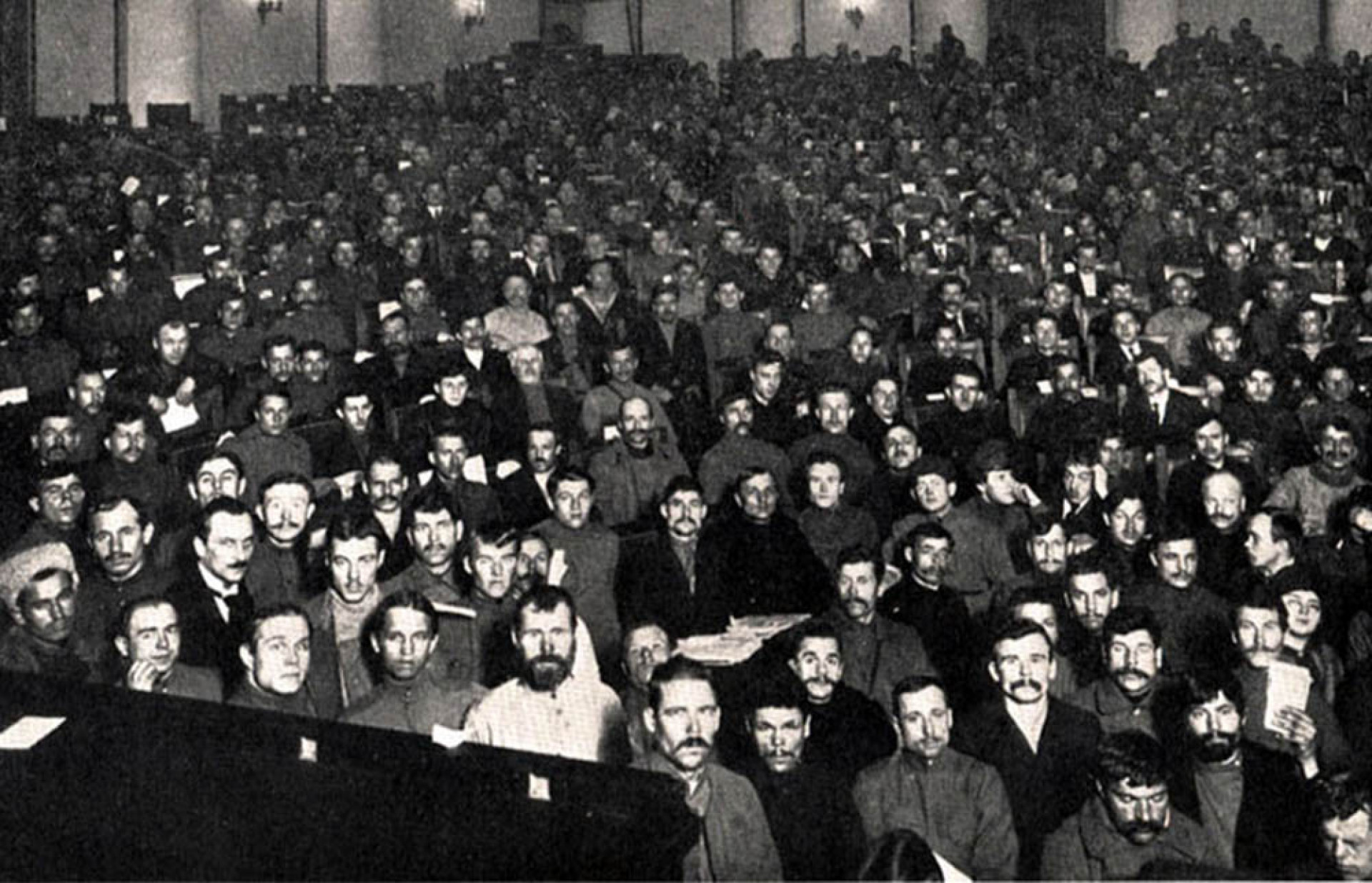 Second All-Russian Congress of Soviets (Nov. 7–9) in Petrograd, Smolny. The uprising began on the night of Oct. 24 on the opening day of the Second Congress of Soviets. At the opening of the Congress, Lenin delivered a speech saying, "Soviet government will propose an immediate democratic peace to all the nations and an immediate armistice on all fronts" and declared "Long live the revolution!" Public Domain 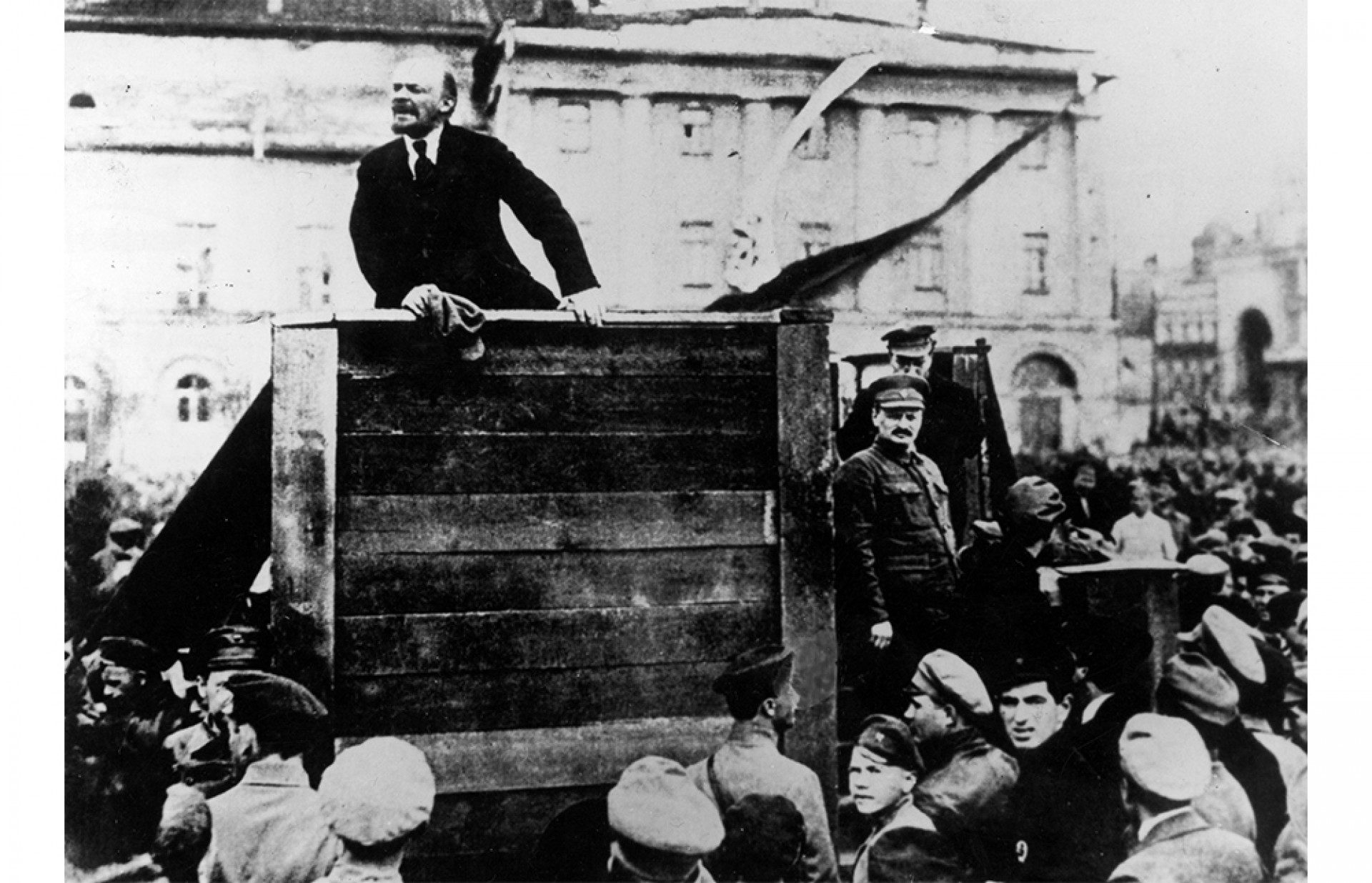 On Oct. 25, Lenin arrived in Smolny and personally supervised the uprising in Petrograd. On his left is Leon Trotsky, who would go on to play a key role in the revolution. Public Domain 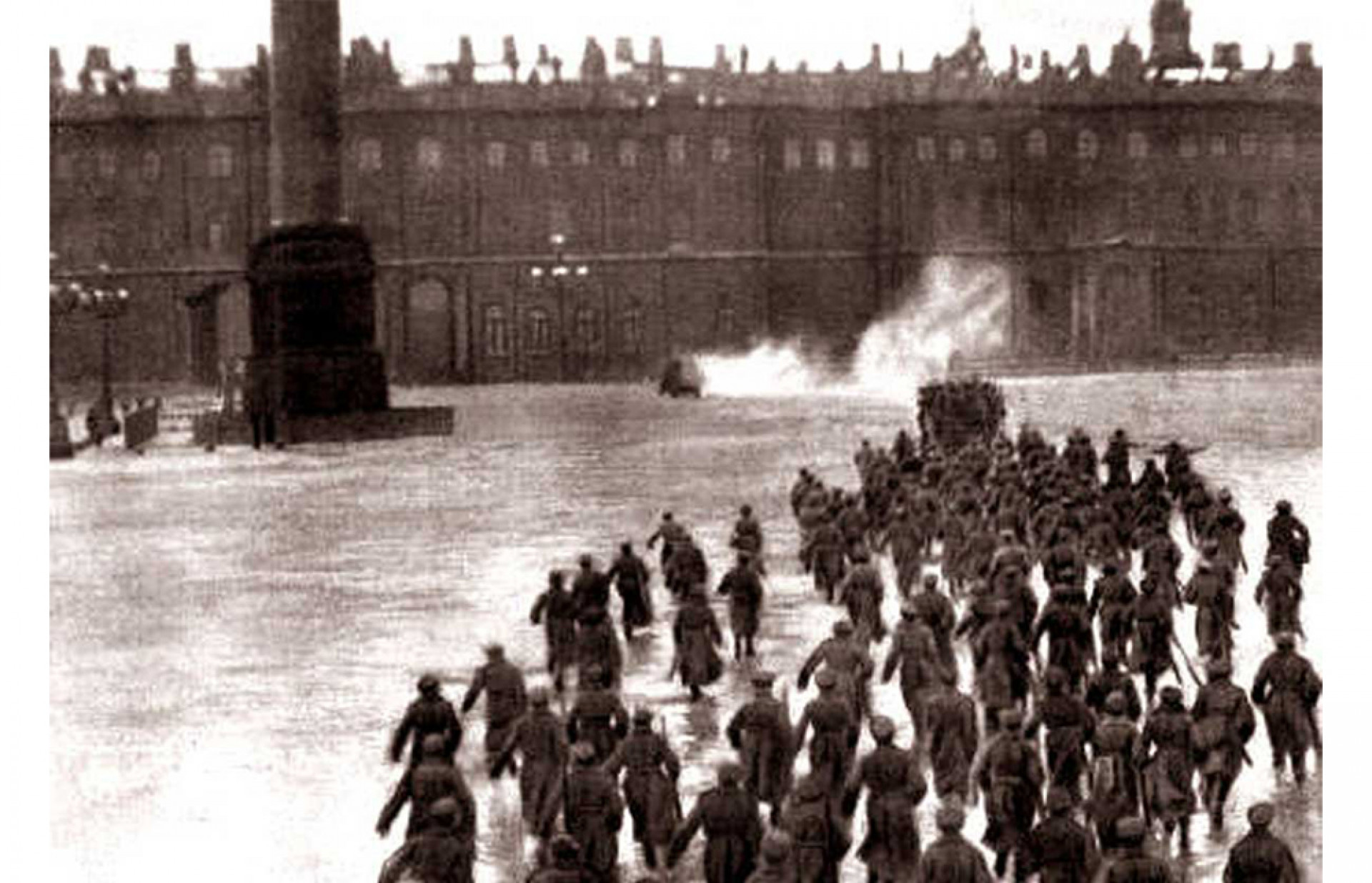 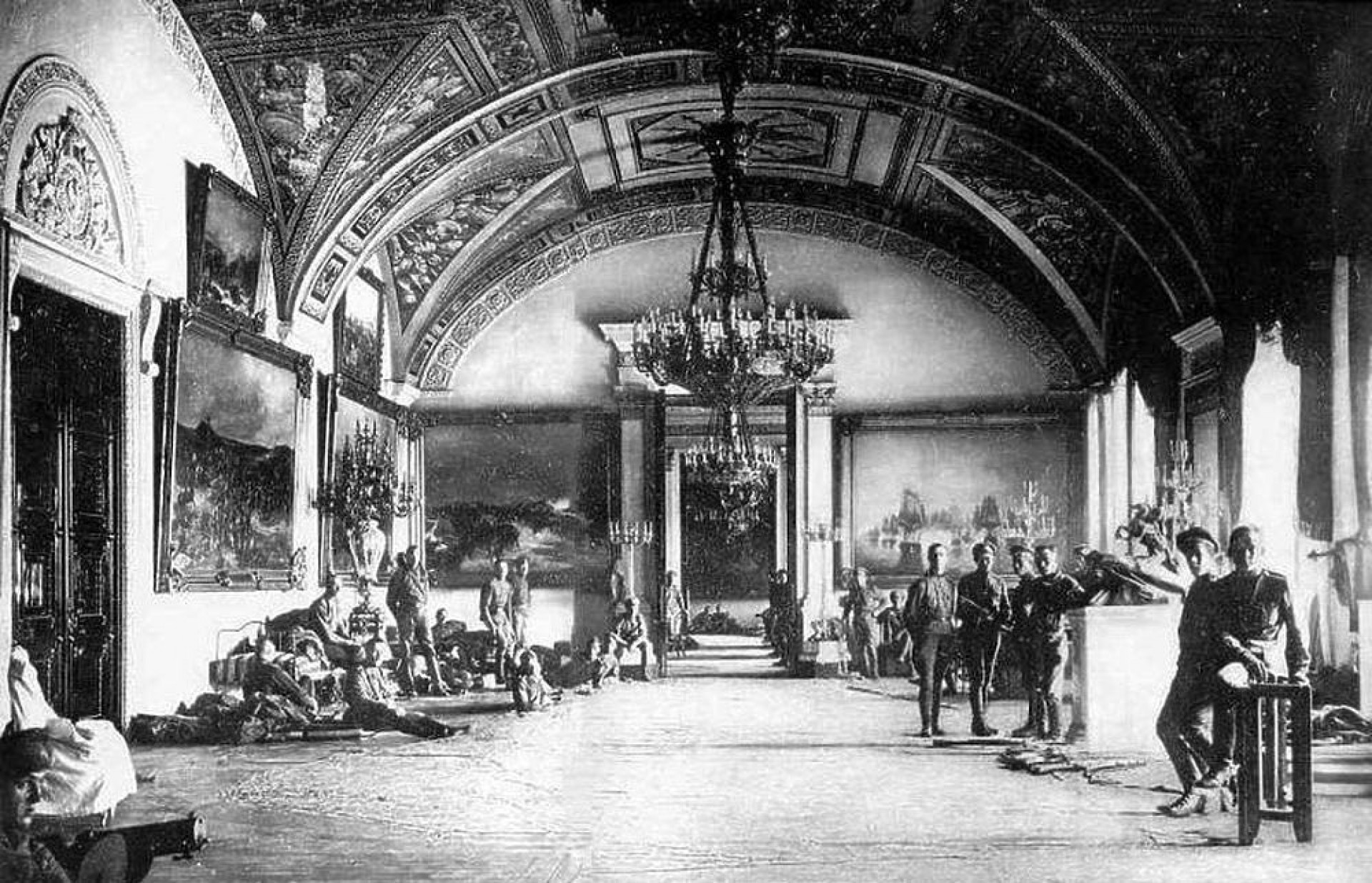 Soldiers in the Winter Palace following its capture. Public Domain 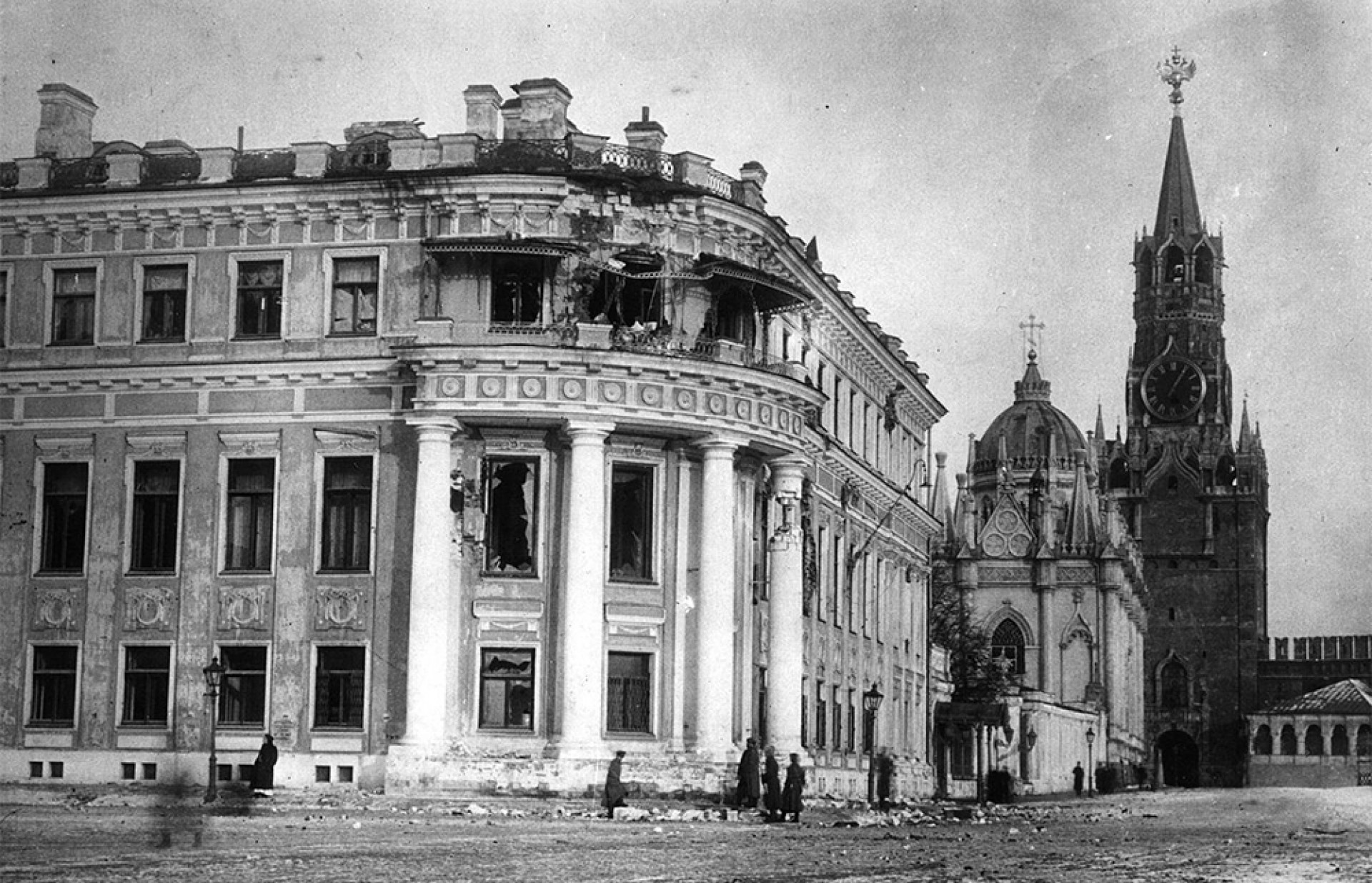 The Nicholas Palace in Moscow, damaged by the effects of the October Revolution. Public Domain 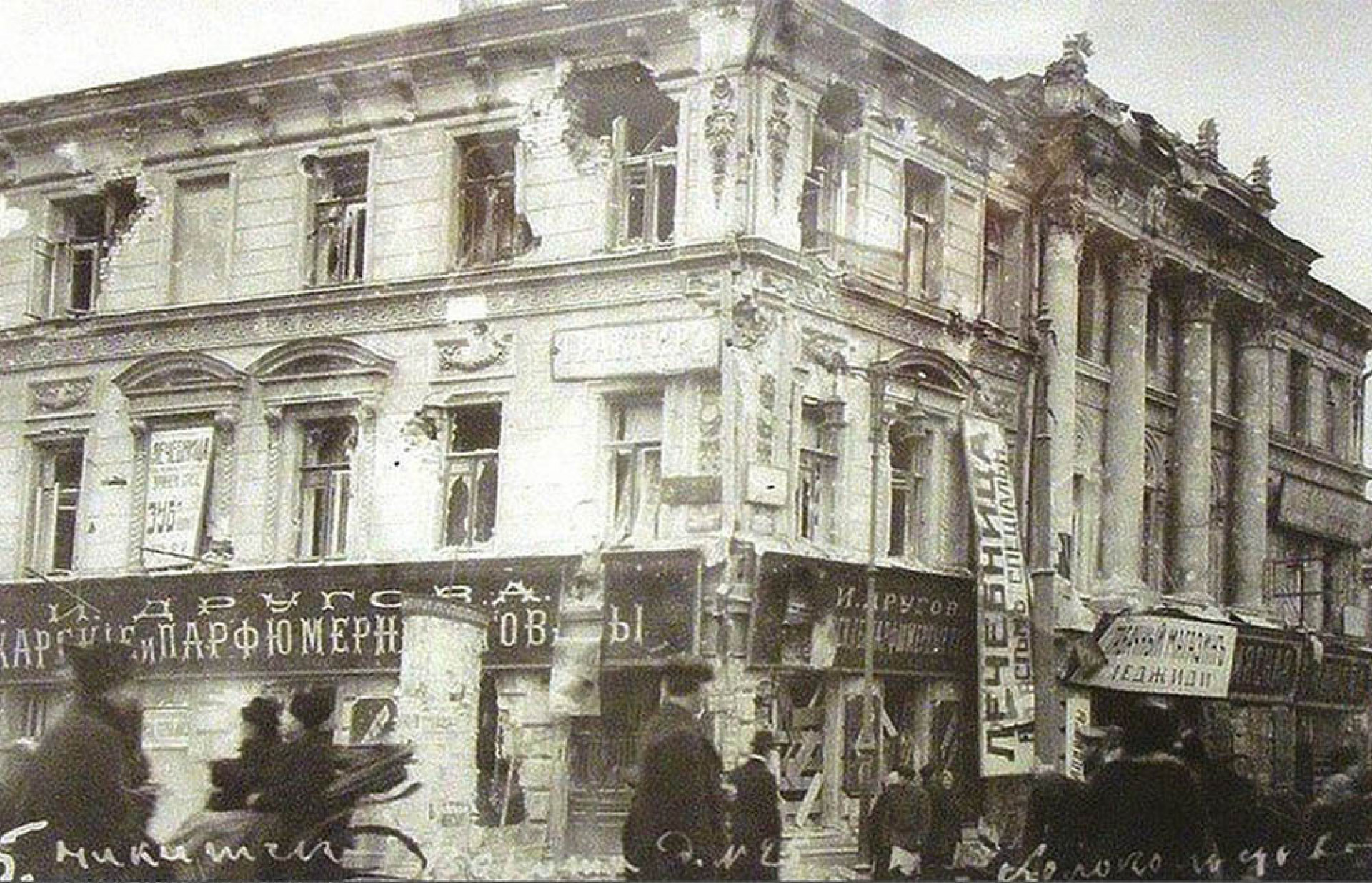 The aftermath of the revolution, as seen on Bolshaya Nikitskaya street. Public Domain

After weeks of preparation, the Bolshevik Red Guards launched an assault on all major government, communications and military installations in the city of Petrograd (now St. Petersburg) on the night of Oct. 25 (Nov. 7 in the Gregorian calendar), 1917. With the provisional government under Alexander Kerensky cut off from outside support, his authority was overturned with minimal bloodshed. Vladimir Lenin, the leader of the revolution, then announced the formation of a new Soviet government.