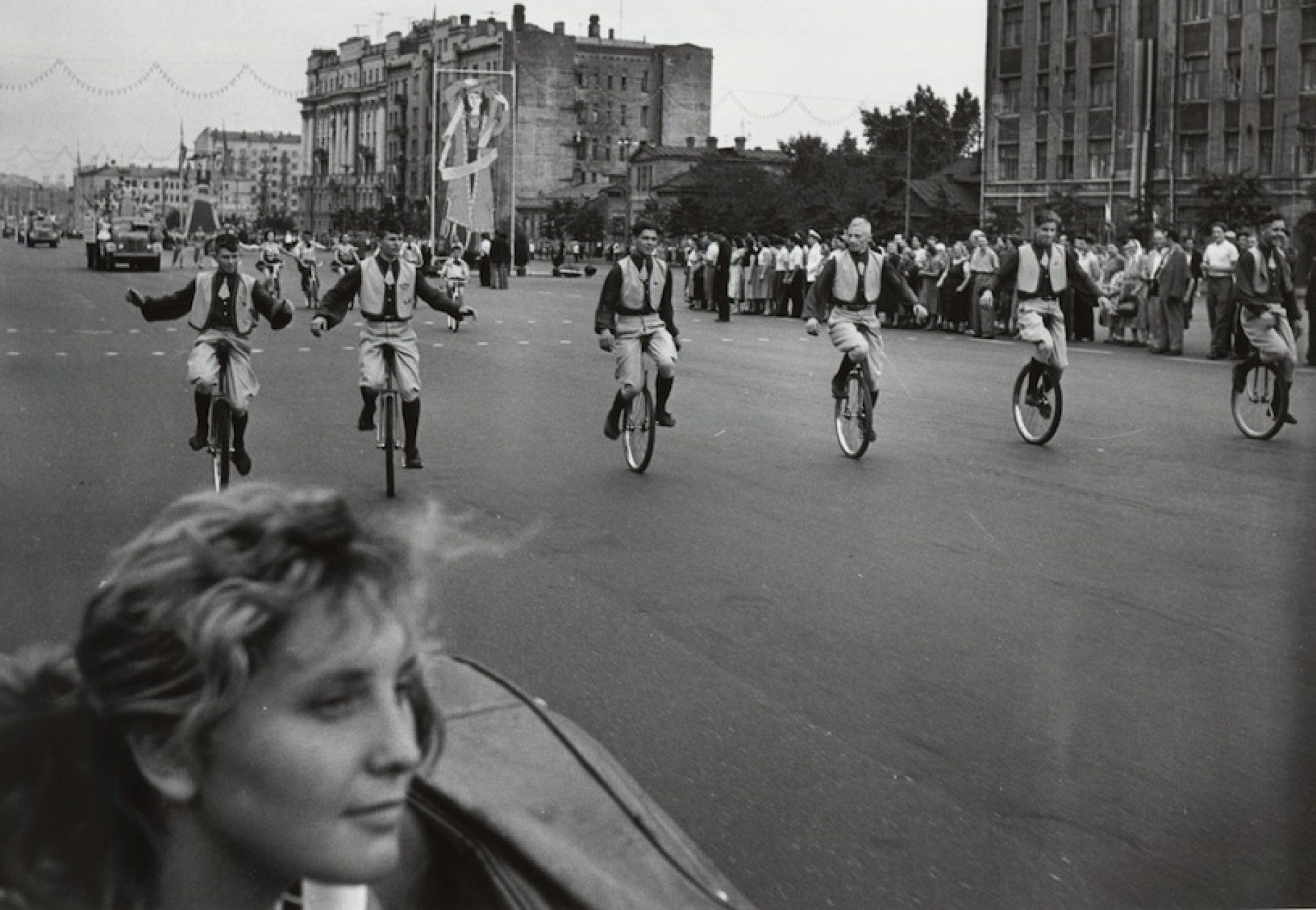 In 1957, Moscow hosted the 6th World Festival of Youth and Students, the first time the U.S.S.R. opened its doors so widely to foreigners. Russia In Photo / MAMM 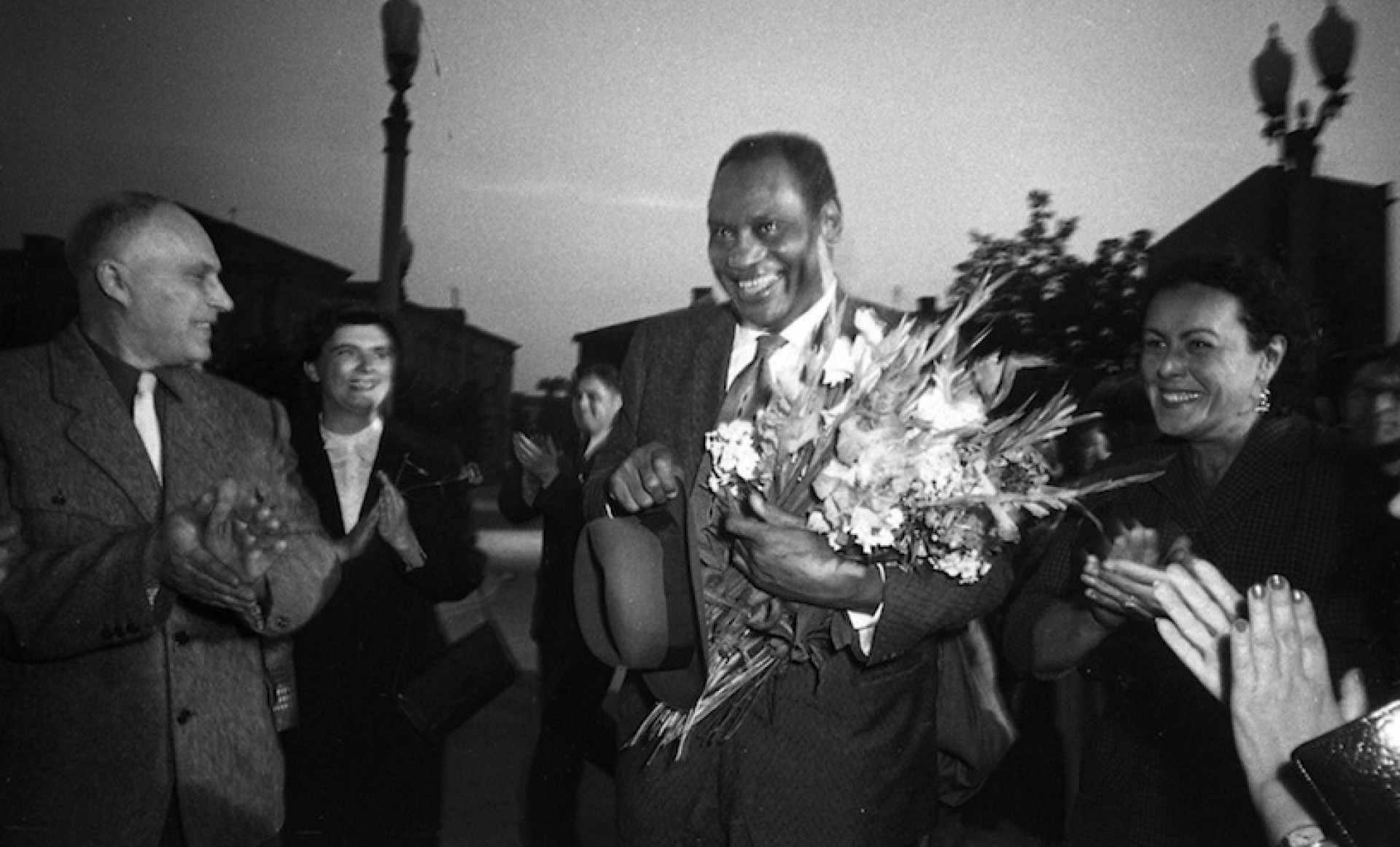 The American singer, actor, civil rights activist and Soviet sympathizer Paul Robson on one of his trips to Moscow. Russia In Photo / MAMM 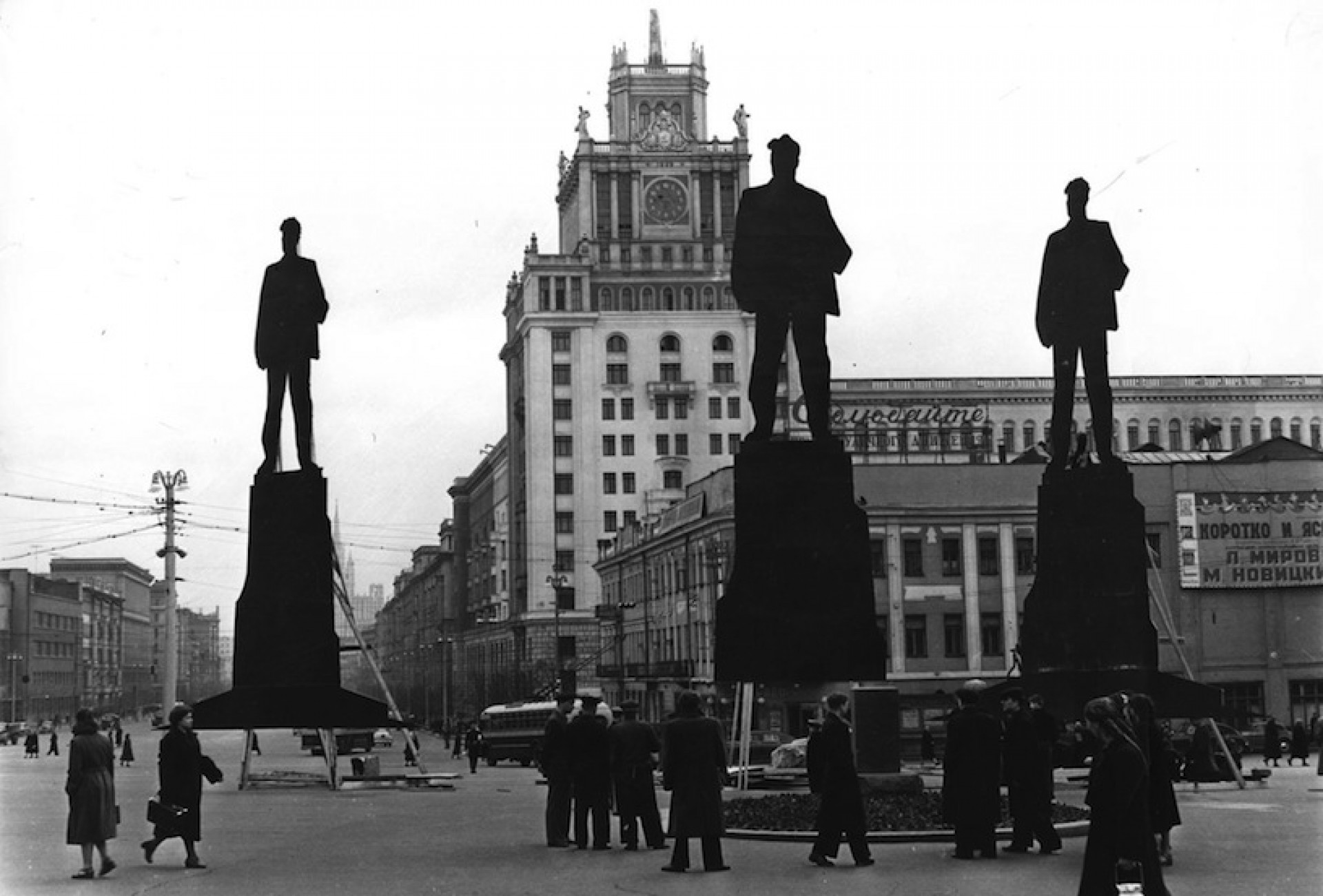 In 1958, authorities and architects struggled to find the perfect place for a statue of poet Vladimir Mayakovsky. Russia In Photo / MAMM 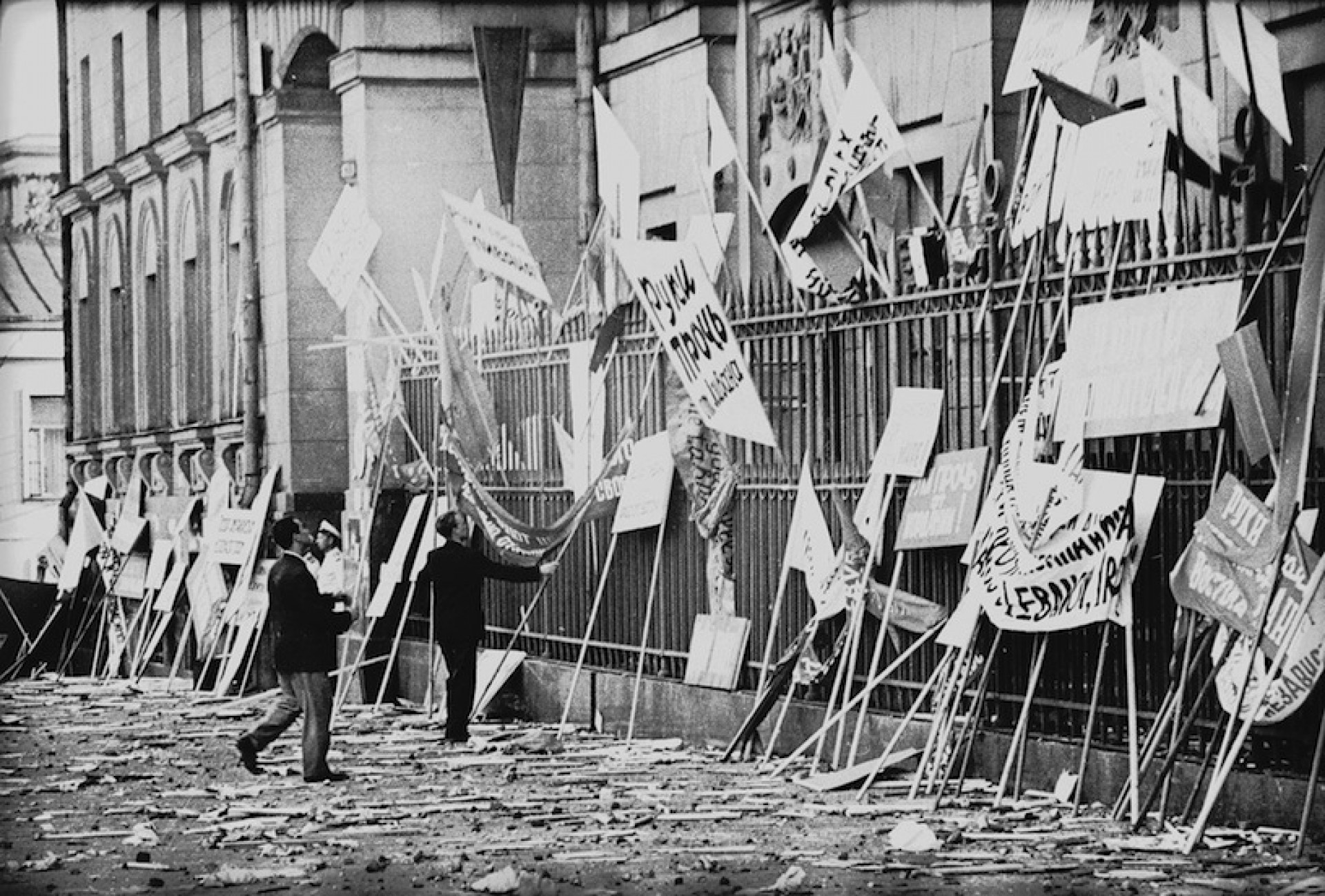 In 1958, “simple Soviet citizens” picketed the U.S. Embassy over its actions in Lebanon, getting closer then than anyone gets today. Russia In Photo / MAMM 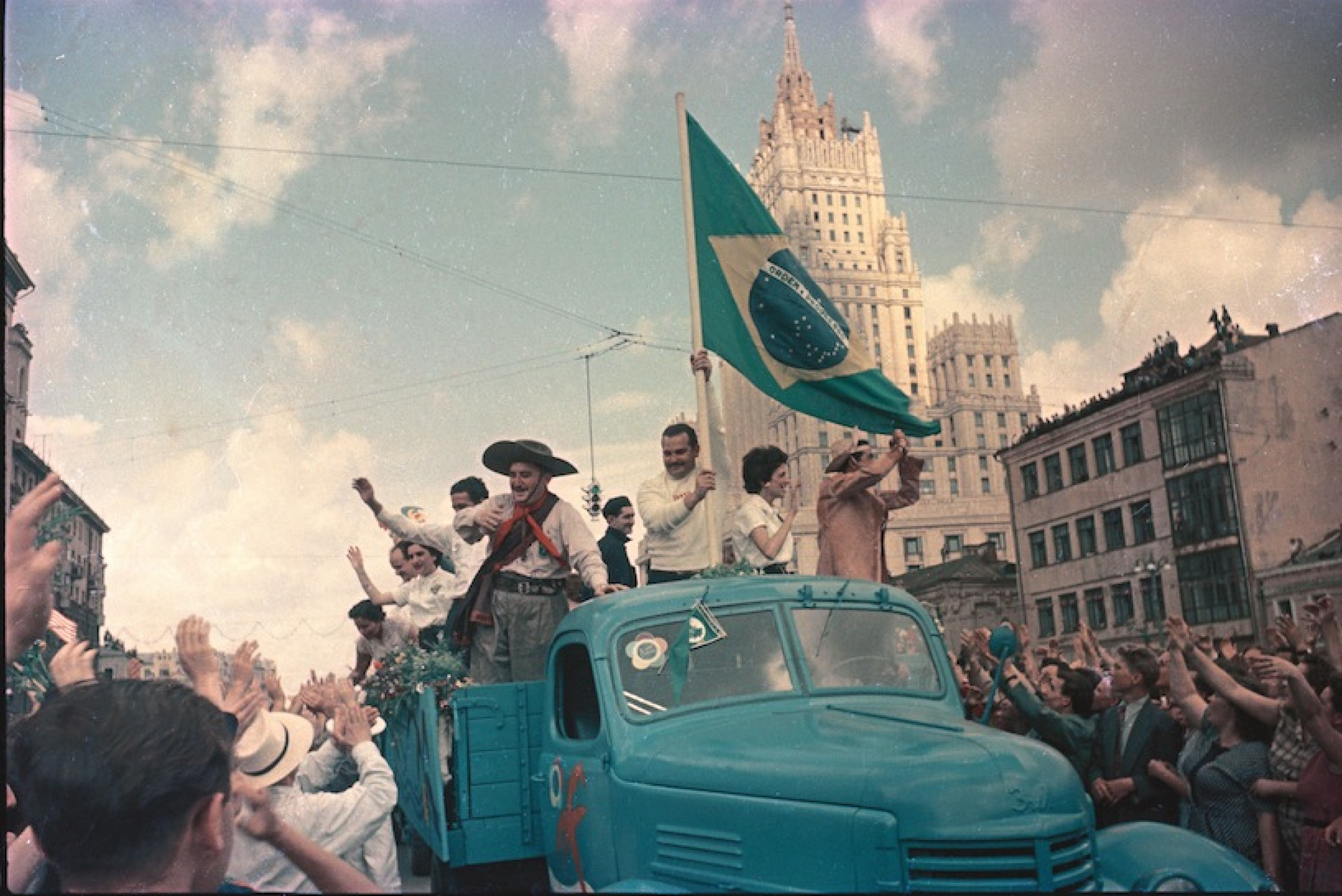 The 1957, Youth Festival didn’t just introduce the U.S.S.R. to the world, it brought fashion, music, books, and ideas to Moscow from 130 countries. Russia In Photo / MAMM 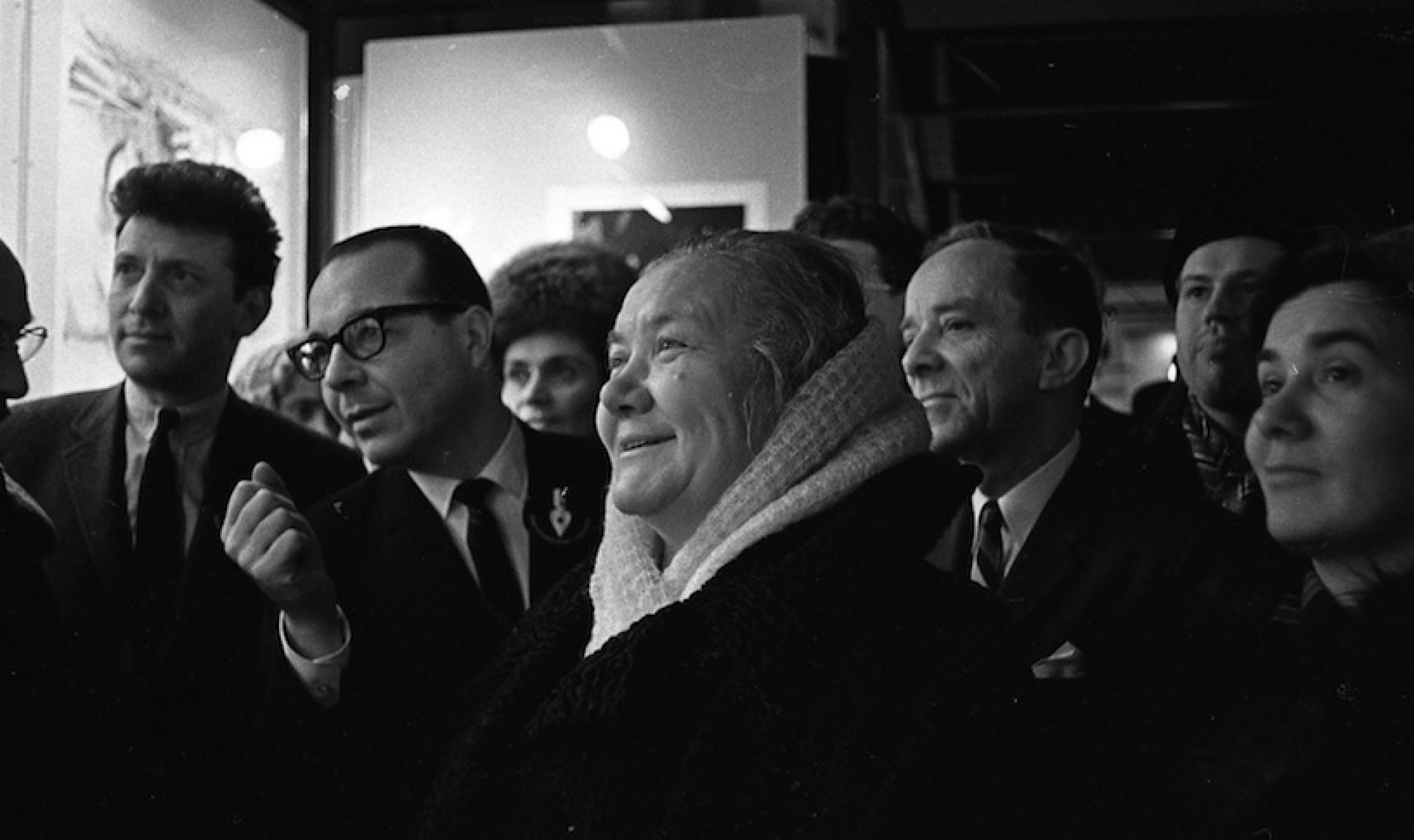 Nina Khrushcheva, the Soviet Union’s “first lady,” at an art show of American graphics in 1959, probably part of the U.S. exhibition that opened in Moscow that year. Russia In Photo / MAMM 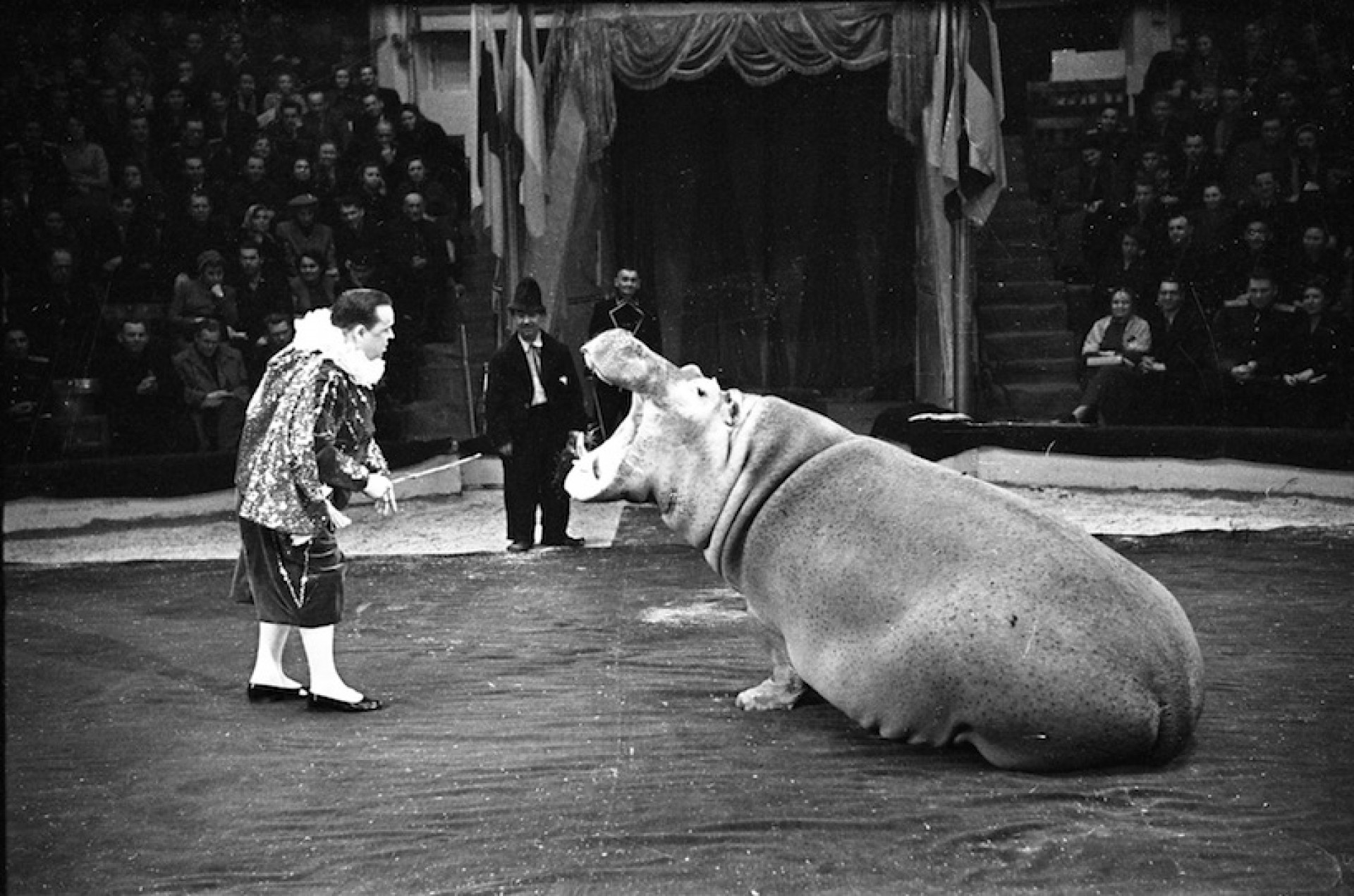 In 1957, Vladimir Durov shared the circus ring with a hippopotamus, one of the man-and-beast duos that led to founding the famous Durov’s Corner. Russia In Photo / MAMM

It was a period that began with the death of Joseph Stalin in 1953, and which ended with the ouster of Khrushchev in 1964. It was a time when the country was filled with optimism, and everything from human space flight (1961) to one-family apartments for all seemed possible.

It was also a time of greater freedom in the arts, when poets drew audiences of thousands, youth from all over the world danced around the clock, people crammed theaters to see a snatch of real life, and Alexander Solzhenitsyn’s “One Day in the Life of Ivan Denisovich” describing life in Soviet prison camps could be bought in a bookstore.

Like all good things, the Thaw came to an end and morphed into what would be the Stagnation of the Leonid Brezhnev era. But while it lasted, it was magic.

This selection of photos is brought to you by Russia In Photo, an extraordinary databank of photographs of Russia and the Soviet Union from 1860 to 1999.

The online photo archive is launched in June 2016 by Multimedia Art Museum, and now it has more than 70,000 photographs from 113 museums, archives and collectors — including hundreds from average folks who pulled pictures out of old family albums, scanned them, and uploaded them.

The users of Russia in Photo can also specify the dates and details of the old photos, create their own online exhibitions or just take a walk back through different periods in Russian history.