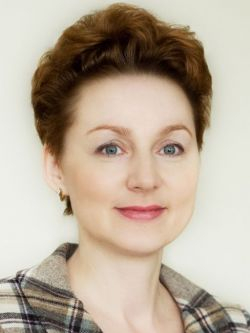 In 2013 bankruptcy case law has been affected by significant changes in the legislation concerning subsidiary liability of controlling persons and on regulating the bankruptcy of certain categories of debtors including developers and financial organisations.

This year several resolutions of the Supreme Commercial ('Arbitration') Court ("the SCC") are worth mentioning including those concerning invalidating transactions (resolutions No. 16 dated 15 February 2013, No. 56 dated 2 July 2013 and No. 59 dated 30 July 2013) and paying value added tax when disposing of the property of a debtor which has been declared bankrupt (No. 11 dated 25 January 2013).

The following major areas of case law may be highlighted where the SCC has handed down legal positions in 2013:

grounds for invalidating a debtor's transactions;

the characteristics of how the amount of claims under a loan agreement should be defined;

maintaining corporate control of the members of a debtor during bankruptcy procedures;

preventing unjustified creditors' claims from being included in the register.

Before 2013 the judicial practice showed that courts used to take a formal approach to classifying a debtor's transaction as an unfair preference and to proving the good faith of the other party to the transaction. As the Presidium of the SCC clarified in its resolution No. 18245/12 dated 23 April 2013, a counterparty which has entered into a preference transaction just before the bankruptcy may be treated as having been informed of the debtor's insolvency if it was capable of checking if it would receive the consideration in preference to other creditors' claims. Taking the formal approach may be prejudicial to a good-faith party. Since in this specific case the bankruptcy receiver had not confirmed that the lender had the opportunity to familiarise itself with documents which showed the results of the debtor's economic activities or the status of its settlements with other lenders, the Presidium of the SCC classified the lender as a good faith party.

Even though the SCC has provided detailed clarifications concerning how to identify the date when the obligations of the bankrupt debtor arise for various types of transactions, this matter continues to cause some difficulties. In the context of case No. A40-158480/09-44-854B (resolution of the Presidium of the SCC No. 8364/11 dated 19 February 2013) the approach for identifying the date of an offset was established. According to the general rules, if one party gives a notice of the offset, the liabilities should be treated as terminated when the time limit expires for whichever liability is the latest. However, the SCC has clarified that in respect of challenging transactions in bankruptcy cases, an offset transaction will be regarded as being completed when the counterparty receives the notice of the offset. Accordingly, the date when the counterparty receives the notice of the offset is crucial for determining whether the transaction was entered into during the period of suspicion.

With respect to the distinctive characteristics of how the amount of claims under a loan agreement should be defined, the Presidium of the SCC has many times commented that interest additionally charged for using a loan during the observation period should not be included in the register. Resolution No. 11469/12 of the Presidium of the SCC on case No. A70-5049/2011 dated 22 January 2013 sets out a legal position which supports this approach. According to this stance if a bank appears as a claimant in a bankruptcy case, then the register should not include claims for payment of the interest additionally charged from when the resolution was made to collect the debt under the loan and until the observation period begins. Accordingly, when banks consider whether to initiate the bankruptcy proceedings, they should take into account the risks connected with negative consequences of delaying filing the bankruptcy petition on the one hand and not being able to charge additional interest in the future on the other hand.

The Presidium of the SCC assessed the issue of maintaining corporate control over the members of a debtor during the bankruptcy procedures was assessed by in its resolution No. 10283/12 on case No. А70-8860/2010 dated 22 January 2013. With regard to a number of issues the corporate legislation makes unjustified differences between regulating joint-stock companies and limited liability companies. In many cases situations which have been resolved for joint-stock companies are not mentioned in the legislation relating to LLCs. The Presidium of the SCC has identified this gap in the Law on bankruptcy as applied to the rights of an LLC's members in the bankruptcy administration context. The Law on bankruptcy lacks regulation which would provide that the debtor's management bodies have the jurisdiction to increase the issued capital of an LLC during bankruptcy administration; this has led to an actual situation where the bankruptcy administrator resolved to increase the issued capital by contributions of third parties. This resulted in the equity holding of a member of the company being decreased from 50% to 0.1%; in other words, this member effectively lost corporate control. As was clarified by the supreme court, during bankruptcy procedures members of a debtor LLC may not be placed in a situation that would be worse than that of shareholders of joint-stock companies, in relation to which the Law provides that increasing the issued capital of the company is possible only on the basis of a voluntary act on their part and in compliance with certain requirements which guarantee that their corporate control is maintained (articles 94(2) and 114 of the Bankruptcy Law).

In line with the tendency to strengthen the rights of the parties involved in bankruptcy procedures, resolution No. 7204/12 of the Presidium of the SCC on case No. А70-5326/2011 dated 18 October 2012 has entrenched challenges to a transaction which serves as a basis for a claim as a method to prevent unjustified claims from being included in the register. The highest legal authority specifically pointed out that when verifying arguments that a transaction shows signs of being a sham and is aimed at creating an artificial debt of the lender, this should not be limited to checking whether the documents are consistent with the formal requirements. In this specific case the SCC classified the transaction as a sham on the basis of evidence that the potential lender was not capable of supplying the specified volume of goods.