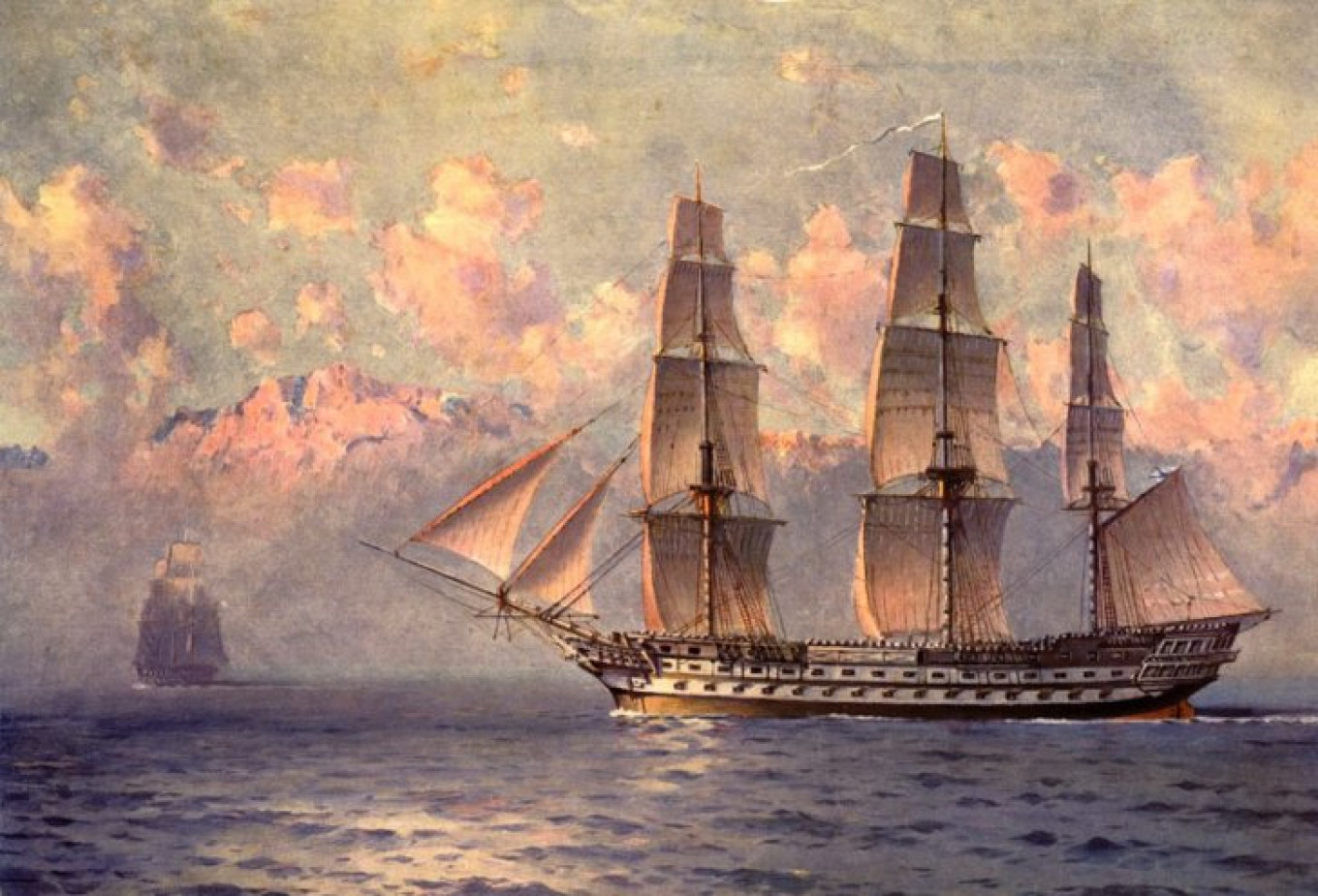 The Imperatritsa Maria, an imperial dreadnought that served in the Black Sea Fleet.

The Maria was the lead ship of the Empress Maria-class dreadnoughts built for the Imperial Russian Navy. The ship was laid down on October 1913 and entered service in June 1915 with the Black Sea Fleet.

The Maria is named after Tsar Alexandr III's wife, Maria Fedorovona, and in the summer of 1916 was designated the flagship of Vice Admiral Alexander Kolchak. However, later that year, an explosion in the ammunition storage magazine resulted in the ship capsizing and going under with 225 hands, and 85 of the sailors were seriously injured. Admiral Kolchak personally led rescue efforts to save the ship's crew.

Russia tall ships, a type of old sailing vessel, participated this week in the Sails Amsterdam festival, which is held every five years in the Dutch capital. In the spirit of the festival, which features many old sailing ships, The Moscow Times took a look at some of the old warships of the Russian Navy that served over a century ago.
Alexei Ganzen / Wikicommons 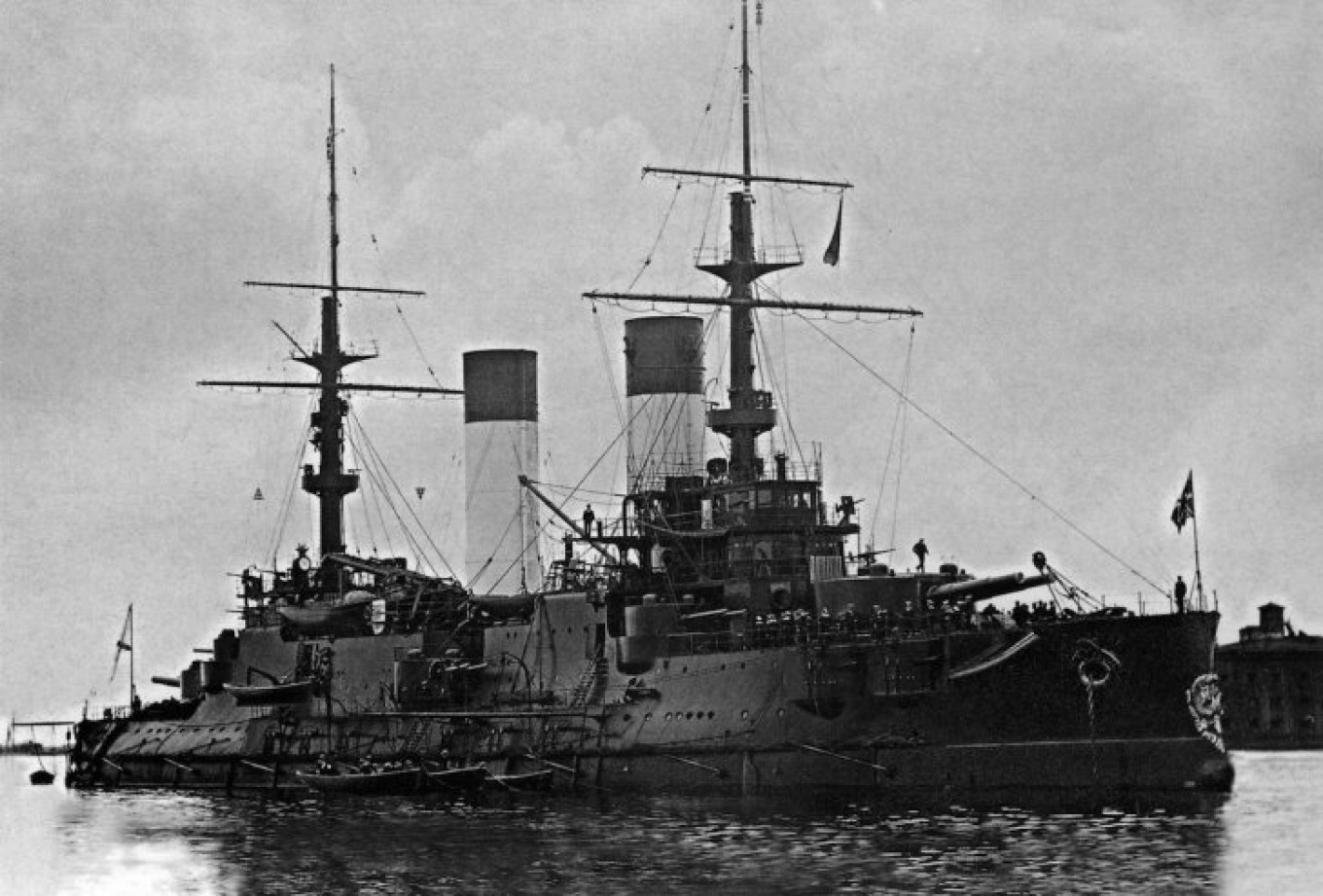 The Imperator Alexandr III was a Borodino-class battleship built in the first decade of the 20th century. The ship was completed just a few months before the Russian-Japanese War started in February 1904 and was sent to the Far East to break the Japanese blockade of Port Arthur.

During the Battle of Tsushima in May 1905, Imperator Alexandr III was sunk by Japanese gunfire. The ship's entire crew went down with the ship.
Wikicommons 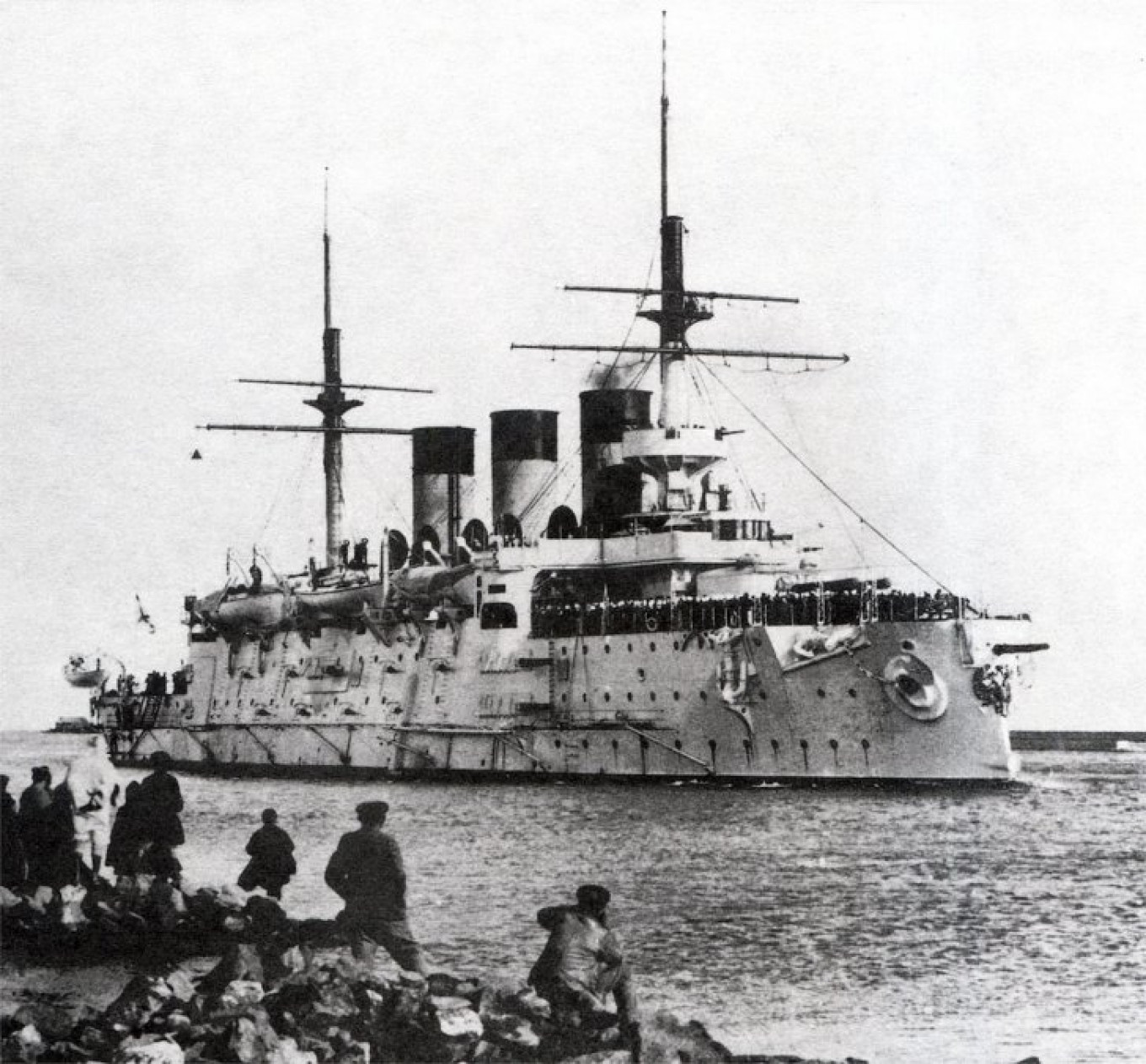 Named after Rodion Oslyabya, a hero of the Battle of Kulikovo in 1380, this battleship was laid down in 1895 by the New Admiralty Shipyard in Saint Petersburg and launched on November, 1898.

Oslyabya was the second one of the three Peresvet-class battleships, and was sunk during the Battle of Tsushima in the Russian-Japanese war.
Wikicommons 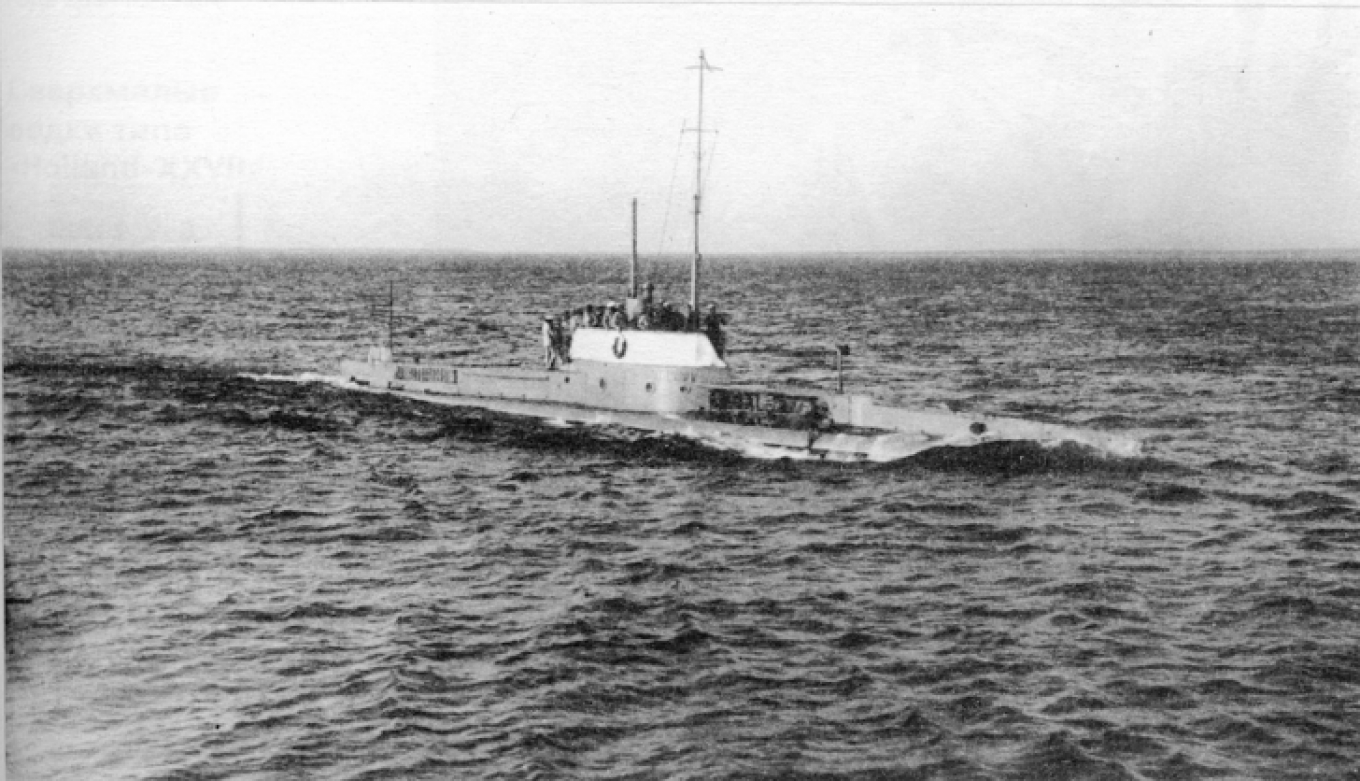 In fact, the beginning of the service is 1912. Alligator was the second Kaiman-class submarine, designed by American sub designer Simon Lake and built for the Imperial Russian Navy before World War I.

During the war, the submarine carried out 12 military campaigns, spent 33 days at the sea, including 21 days on combat patrol, and conducted four torpedo strikes.

Like Russia's three other Kaiman-class subs, Alligator was scuttled in Reval in February 1918 to prevent capture by the Germans.
Wikicommons 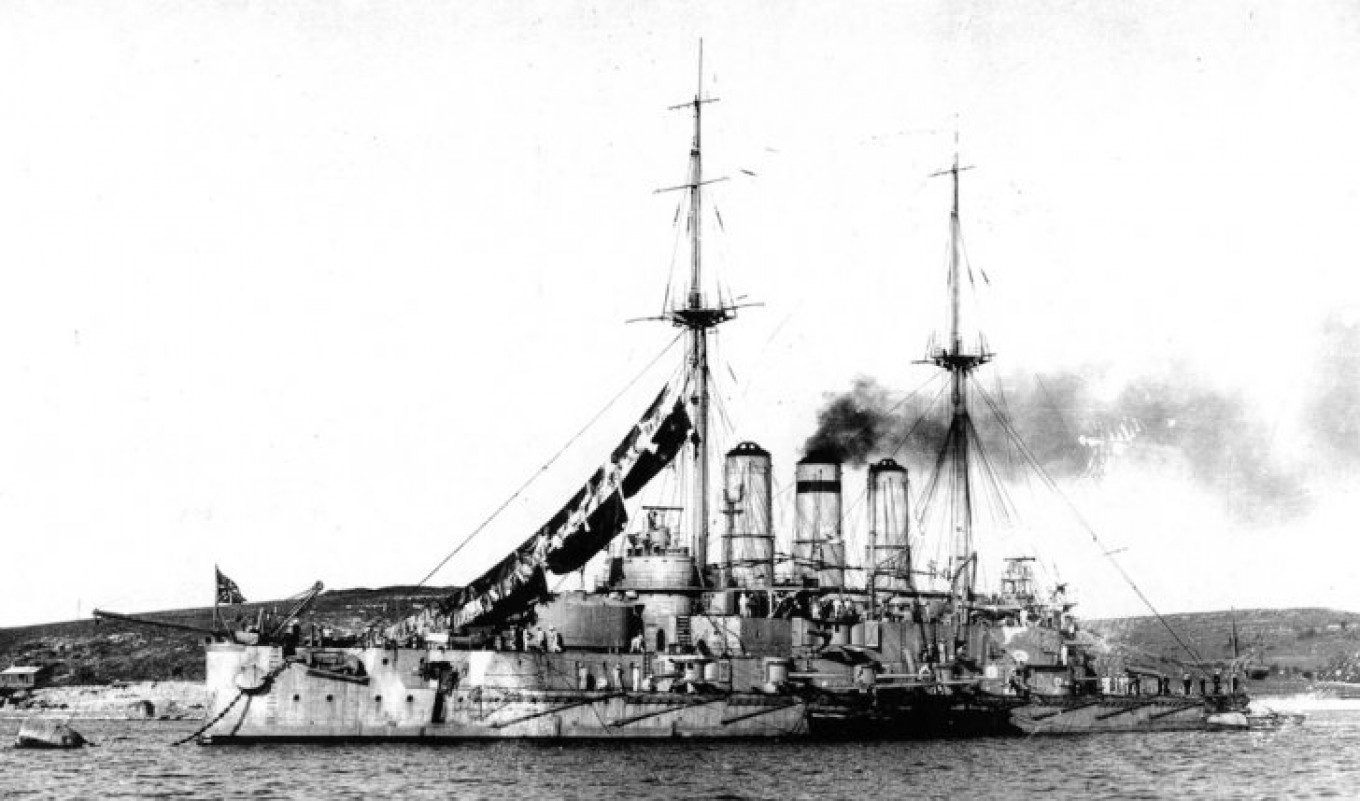 The Ioann Zlatoust was a Russian pre-dreadnought battleship — a designation given to battleships built in the late 1800s and early 1900s, before the launch of the British HMS Dreadnought, which rendered most existing battleships obsolete.

Launched in 1906, the Zlatoust served in the Russian Black Sea Fleet and participated in coastal bombardments against the Ottoman Empire in WWI and in engagements with German ships in the Black Sea.

The ship was captured in the port of Sevastopol when Germany captured Crimea at the end of WWI, but after Germany's surrender to the Western allies it was handed over the British. In April 1919, on the orders of the British High Command, the ship was scuttled.
Wikicommons