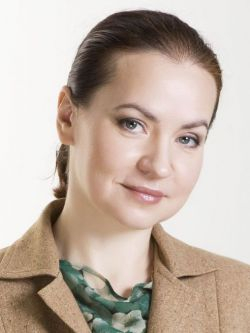 The latest and only amendments to the legislation regulating transfer prices were made at the start of April this year. However, the legislature failed to fulfil the hopes of taxpayers, who were anticipating that major flaws would be eliminated. Regrettably, the law as it stands contains an abundance of them.

The amendments concerned only the transitional provisions of the law. The deadline for submitting notifications of controlled transactions for 2012 has been put back from 20 May 2013 to 20 November 2013. The date when a tax authority may request supporting documentation in relation to transactions from this period has been pushed back from 1 June 2013 to 1 December of this year. And finally, the latest date for resolutions to be passed regarding the holding of a tax audit of controlled transactions for 2012 has been moved to 30 June 2014.

In other words, the dates for completing various tax control procedures relating to controlled transactions for 2012 have been put back by six months. We believe that this is because it has been recognised that neither the tax authorities nor taxpayers are ready for control.

The majority of questions continue to arise in relation to the tax authorities' right, for profit tax purposes, to control the domestic Russian transactions of companies which share a common tax regime and do not use any tax benefits. Such an approach contravenes international practice for control over transfer prices. Moreover, the law does not currently allow compensating adjustments to be made in relation to the tax obligations of companies which are involved in a transaction if one of the parties makes the adjustment of its tax base voluntarily. This means real financial losses within a group of companies. Such a right only arises if the tax authority made the adjustment based on the results of an audit. The lack of a right to a voluntary compensating adjustment of taxes makes taxpayers significantly less motivated to perform such actions.

Companies in the financial sector (banks, insurance companies and the like) are experiencing major problems, since the current law takes no account of the specifics of this sector of the economy. For example, if the profitability of a controlled bank needs to be tested against a market level of profitability, it is almost impossible to meet the requirement, because there are no non-affiliated banks on the market. It is also extremely difficult to calculate figures for profitability, since the procedure enshrined in the law for calculating these figures takes into account the specifics of only those taxpayers who use the general accounting system, while banks have an accounting system that is fundamentally different from the general system.

These and many other issues concerning control over transfer pricing need to be resolved at the legislative level.

The main reason for this problem is that the tax authorities seem to have broadened the requirements for the information to be submitted in the notification as compared to the requirements of the law. For example, if the law requires that information be provided only in relation to the amount of income received, and/or the expenses for the controlled transaction, the tax authority requests information about each instance when the price of goods changed during the period. This applies even if prices for the goods are not set in roubles and such change in the price of goods was due to a change in the exchange rate for a foreign currency. This is largely due to the fact that the tax authority takes a transaction to mean each transaction relating to the supply of goods rather than the performance of a contract as a whole. The taxpayer must also determine the statistical code of each commodity heading, which is definitely outside the scope of the law's requirements. These and other requirements of the tax authorities result in taxpayers being forced to submit data on virtually every transaction, the number of which may sometimes run into the millions. Taxpayers are forced to buy expensive software to meet the requirements of the tax bodies, even though those requirements are largely excessive.

Now, then, the task is to find the best option for completing a notification of a controlled transaction, which will, on the one hand, not break the law, but on the other hand will meet the requirements of the tax authority within reasonable limits.

At present, liability of 5,000 rubles has been set for failing to submit notifications or for submitting false information. Because the fine is so small, many taxpayers are stating that they intend not to file a notification at all.

However, we consider that it is not prudent to take this course of action. This is not so much because a fine will be imposed as because there is a risk that the tax authorities will accuse such taxpayers of evading tax control, and will audit the corresponding transactions as a matter of priority. For this reason, here the task is also to find a reasonable compromise between the requirements of the tax authorities and taxpayers' opportunities as well as their obligations under the Russian Tax Code.

Navalny said he created a union to protect the rights of prison workers.
conflicting accounts

Explosions were heard at a military airbase near the border with Ukraine that is said to be used by Russian troops.
exploring options